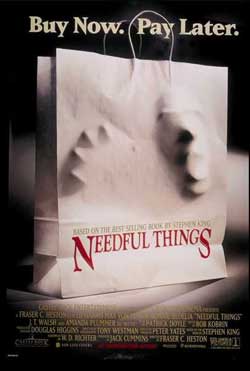 A mysterious new shop opens in a small town which always seems to stock the deepest desires of each shopper, with a price far heavier than expected.

“The town of Castle Rock just made a deal with the Devil… Now it’s time to pay!”
“Buy now. Pay later.”

Ah, yes, there was a time when it seemed like “another” Stephen King based film was being released faster than he could write them. “Needful Things” was one of the better in my opinion that like others around that time took awhile to find a home on DVD. The movie starred Ed Harris in the lead role with Max Von Sydow playing the antagonist. 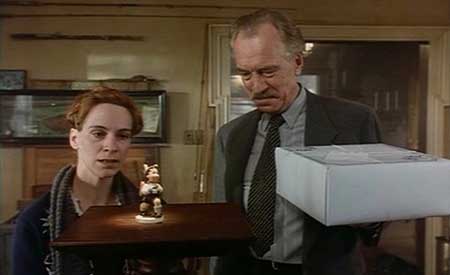 Leland Gaunt played by the well known Max Von Sydow (Exorcist, Shutter Island, Conan the Barbarian…etc) played the rather enigmatic man who we later associate to be a rendition of Satan himself. He arrived much like the man from “Something Wicked This way Comes”….very under the radar and with an agenda brewing. Arriving from Akron, Ohio, Leland opened up a shop of curiosities sporting a variety of antiques. He called the store “Needful Things”. 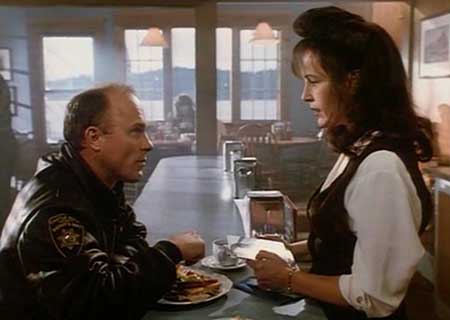 Placed in the small town of Castle Rock, Maine, (same town as in “Cujo”, “Dead Zone” and “The Dark Half“) followers of King’s work were not surprised to see another King film rooted in Maine. It was the kind of town that I might enjoy living myself..though with every small town comes a darkness taking root as well.

As Leland opens his shop many become attached to specific items for specific reasons. A few items seem to hold a bit of supernatural origins such as the toy that predicts horse races. Leland of course had his own methods for payment…cash AND a small personal favor of sorts. 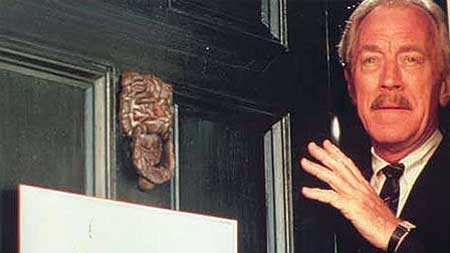 Harmless at first, it appeared after a few incidents that Leland “may” have an inner knowledge into the heart of the towns sore points (thus Satan knows all??). Each task is seemingly designed to nudge just the right amount of rivalry or dark notions needed to set the town off into tangents. Gaunt indeed has an agenda that cleverly is fueled by the greed and evil that brews within the townsfolk. After all, he didn’t plant it…he just gave it it a nudge to ignite it. One of the more high points is the performance by Amanda Plummer as Netitia ‘Nettie’ Cobb, one psycho sort herself who goes off the edge in a murderous battle to the death with a rival neighbor. 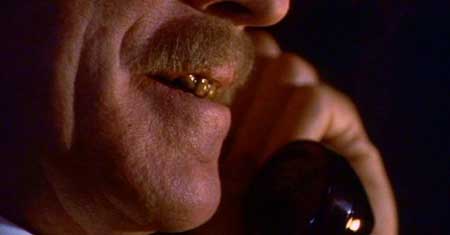 Sheriff Alan Pangborn played by Ed Harris is a curious sort that while always open to new residents seems to have his own suspicions about Mr. Gaunt. His force is the seam that hold the town together not giving into his desires and thus defeating Gaunt at his own game. The story reveals later that Mr. Gaunt is the devil indeed who has been doing this act for quite some time. In fact, it acts as a sort of amusement for his corrupted soul….perhaps a way to pass the time. Pangborn holds strong stopping the town from total destruction while Gaunt carries on his way to another town with another bag of tricks up his sleeve. “Needful Things” claim to horror is lighter even though it has a few scenes of violence. 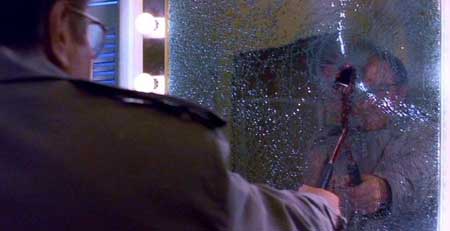 “Needful Things” in typical fashion is about good vs evil switching up the parts a bit to the wonder of King’s writing. Leland Gaunt is certainly not the most evil devil we’ve seen in film, but he does appeal to that notion that evil works in mysterious ways. Sheriff Alan Pangborn proves to be the solidness of human nature that doesn’t succumb to every desire or easily offered gifts. In the end, “Needful Things” ends up being a well-rounded tale in the vein of something you might read to your children about how the devil manipulates (give or take) 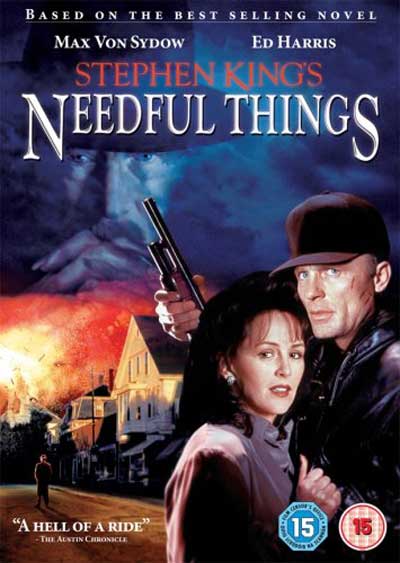 The movie was noted as having some changes that differed from the novel, which was not too uncommon with many of King’s “made to film” adaptations. Apparently there was a 3 hour version of this story which was presented on TV. Though while extending many of the subplots, is probably best in its streamlined version that doesn’t drag out so long. I’ve never seen this actual version but can claim being just fine with its shorter tighter DVD release. (Note: The original Salem’s Lot also followed this path of reduced-for-DVD release) 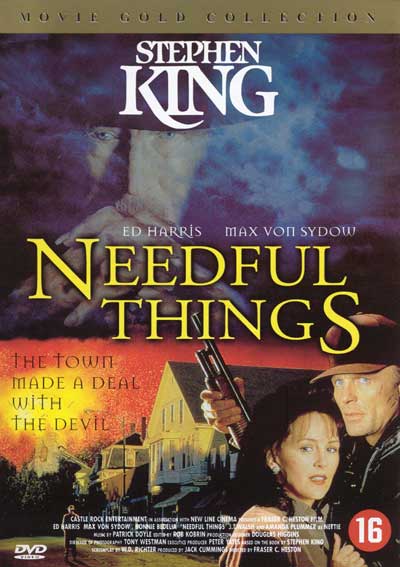 The movie was directed by Fraser Clarke Heston as a debut.