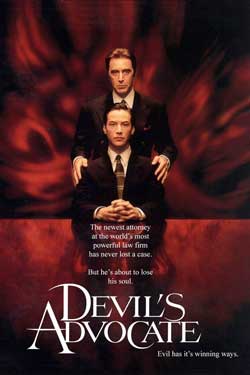 A hotshot lawyer gets more than he bargained for when he learns his new boss is Lucifer himself.

Simply a must-see. Though you probably don’t need me to tell you how cool it is to see Al Pacino in the role of Satan. Al Pacino just simply “works” for this film premise. You don’t need him to sprout horns and cape to get that he is a “classic” Satan that prefers to indulge in the evils of the world. The kinds that we so easily flock to ourselves…greed, corruption, deceit, power, infidelity….sex, money, vanity…need I say more? 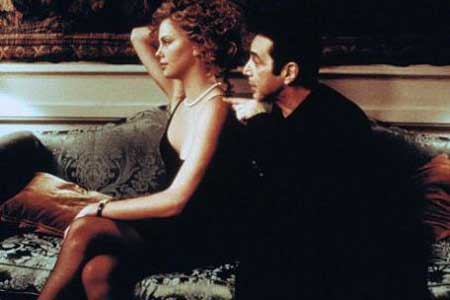 Though no film is a win without a smart writer and director behind it. Directed by Taylor Hackford “The Devils Advocate” arrives based on a novel by Andrew Neiderman with a screenplay by Jonathan Lemkin and Tony Gilroy.

“The Devils Advocate” follows a young lawyer named Kevin Lomax who despite being brilliant himself is a modern product of vanity and pride. You might say he enjoys the win, never letting his guard down in any case despite the facts around it. Morality comes into question on a case that threatens Kevin’s ability to do what he does best. 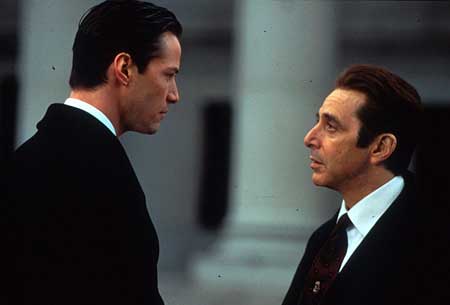 Kevin’s talent becomes under scrutiny by Lucifer himself (though he is presented more professionally as John Milton). John Milton is a particular choice of name used coming from the same name of the famous poet who wrote “Paradise Lost”. Of course within that poem is the notorious expedition of “Dante’s Inferno”. But factual memo aside, John Milton is played by the ever incorrigible actor Al Pacino. Milton is one of the partners in a large New York law firm “Milton, Chadwick & Waters” who offers Lomax a rather large amount of money to help him in jury selection. After which …or rather after Milton has baited Lomax, he offers him a job. The job comes with an excusive apartment, a large salary and a chance to sling his talents for the big shots. 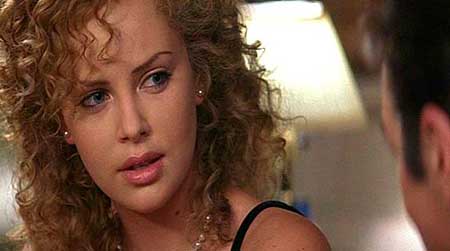 Kevin soon decides to relocate to Manhattan with his wife Mary Ann (Charlize Thereon) despite warnings from Kevin’s mother. All seems well….Kevin is winning, he’s got a pretty swank life, and the indulgences that come with it start rolling in. Very apparently and appropriately Milton has planted his seed of temptation rather well. It’s also pretty serving that Milton works as a lawyer delving into the corruption of the world. 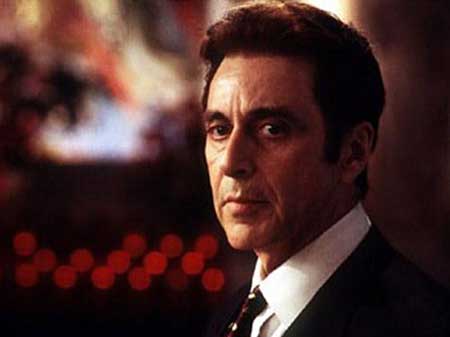 Lomax is forced to leave his wife Mary Ann alone for many hours while he seems to be coming under the attraction of fellow lawyer, Christabella Andreoli (Connie Nielsen). Though Christabella is later revealed to be his half sister.

All the while, a few high profile cases are under way that lead Lomax to Alexander Cullen (Craig T. Nelson), of whom he is assigned to defend. Milton plays Lomax like a fiddle with every word and decision designed to influence a path for Lomax to take. These moves are what adds to the clever unveiling this piece delivers. Mary Anne descends into madness as demons start to metamorphosize to her.

The devils minions begin to reveal themselves in strange hallucinogenic ways to the people around Lomax, one of which is the paranoid attorney Eddie Barzoon (Jeffrey Jones). While this effect can be seen pretty often in TV series like “Grimm” its actually done quite well for a an earlier film work. 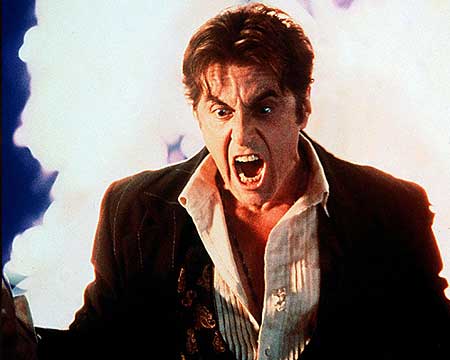 Milton begins unveiling his master plan thru a series of careful diabolical moves designed to bring about his ultimate motive….an antichrist. These details are best left to the movie itself as each contributes a small piece of the bigger puzzle.

Classic inclusions are injected with small nods to John Milton (the poet) and a variety of symbolic architectural choices. One of which is the structural likeness to the Ex nihilo sculpture by Frederick Hart.

You could say that “The Devil’s Advocate (1997)” is built around a series of smaller clues leading us to its finale in the end. Though even the devil has a few surprises…that will bring things into perspective.

A fan favorite and memorable performance by Al Pacino that is simply just an all around great film.