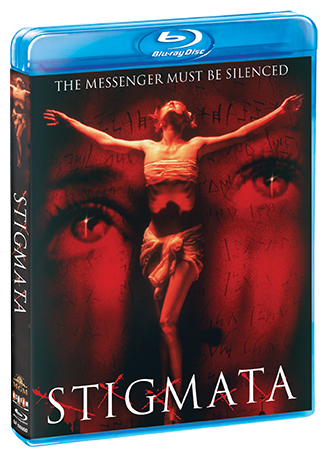 An ordinary young woman is affected by mysterious wounds called Stigmata. When a Catholic Priest comes to investigate the so called “miracle”, he discovers this woman may be possessed by someone…or something…and a message originating from the time of Jesus Christ

Both controversy and psychological horror clash spiritually in the film Stigmata. Although it is not so much the horror aspect, lending a soft and non-frightening influence to The Exorcist that is the primary appeal. The film more so delves into the controversy surrounding the historical documents found near Nag Hammadi, Egypt in 1945, reputed to be of Jesus’ actual words. 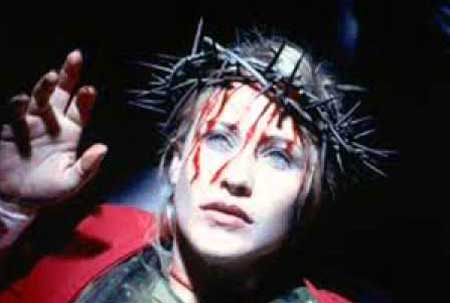 Father Andrew Kiernan (Gabriel Byrne) is a scientific priest sent by the Vatican to Brazil to investigate a picture of the Virgin Mary on a building wall. Inadvertently he stumbles upon a “Mary” statue in a nearby town that weeps tears of blood. Upon further exploration and no logical explanation, he takes the findings back to the Vatican and is abruptly removed from the case. 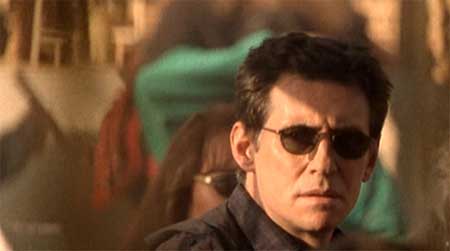 Meanwhile, in Pittsburgh, Frankie Paige (Patricia Arquette), a fast living self-described atheist hairdresser is suddenly, abet slowly, becoming afflicted with the stigmata, wounds that Christ received during the crucifixion. The first is the bloody punctures to her wrists and she is rushed for medical treatment in which her heart stops while on the table. Before being defibulated, she comes to and, except for the wounds, is normal as if nothing had occurred. The professionals believe the wounds to be self-inflicted and Frankie adamantly denies. 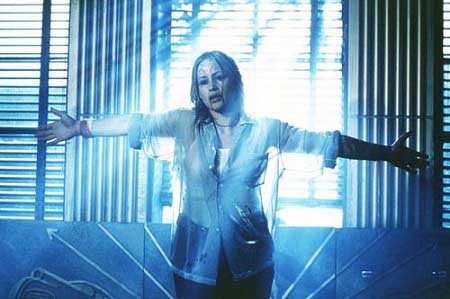 A few days later the horrific visions began with a woman tossing a baby into a busy street and Frankie grows increasingly perplexed to the point where, on a subway she loses it and tears a rosary from a nun, becoming immediately stricken with lash marked lacerations across her back. Treatment is sought and the professionals consider whether or not Frankie has become epileptic.

The Vatican hears of these events and dispenses Kiernan to investigate. Agnostic and not so fully faithful, he meets with Frankie and begins exploring the phenomenon. Attempting to describe what the stigmata is, he explain that it has been his experience that it is more typical of a full of faith person that acquires it and not so much an atheist. Frankie doesn’t believe and runs off. 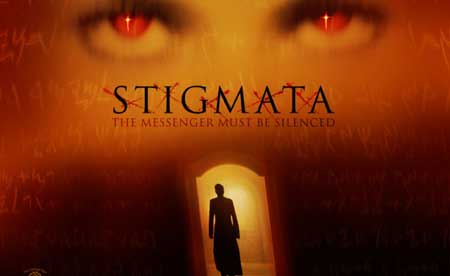 At a dance club, Frankie suddenly shows signs of Jesus’ crown of thorns injuries and with blood streaming down her face she runs into the street as Kiernan is seeking her. He finds her and witnesses her possession as she speaks to him in foreign tongue, which he records and sends to a trusted adversary at the Vatican for translation.

His observations intensify and besides witnessing her possession fueled writing of the ancient gospel words on her apartment wall, he grows close to her, stopping short of consummating.

After sending photographs of the writings to his friend at the Vatican, he calls to discuss the situation and what the words mean. His friend is reluctant to explain, lending creditable belief and implying that the words are harmful to the church. This conversation is overheard and the news quickly makes its way to Cardinal Daniel Houseman (Jonathan Pryce), a seemingly ruthless and powerful man who will stop at nothing to keep it all secret. 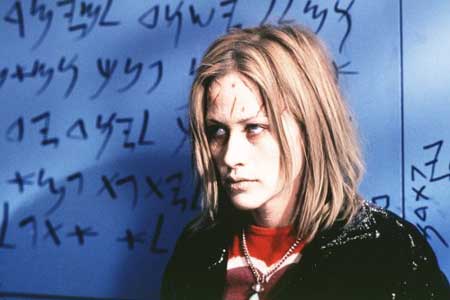 The Cardinal, along with a couple of, for lack of a better word, cronies go to Pittsburgh and command Kiernan to take her to the bishop’s church. Kiernan does and leaves Frankie in the care of nuns. After a church pew meeting with Marion Petrocelli (Rade Serbedzija) in which the entire texts are summed up in a few words and the implications to the church, Kiernan realizes what is in store for Frankie. But, will he be too late? 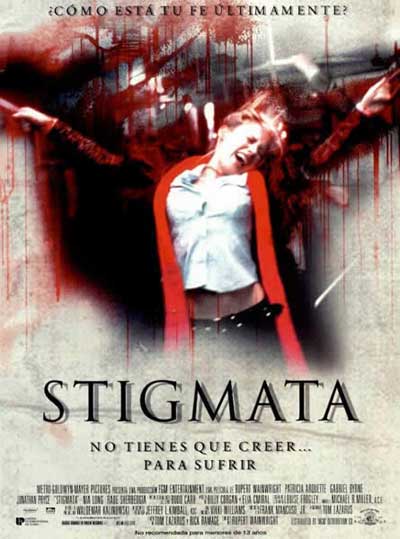 Believing and implying that the Gospel of Thomas is very much real, a fact that the Vatican has, as of today, yet to acknowledge, the surrounding controversy plays a vital and intricate role in this film while exposing many inner sanctums and workings of the Catholic Church and fully asserting the fact that the truth of the ancient texts must forever be kept secret, otherwise they could destroy every church regardless of denomination. While quite entertaining, the film most assuredly will be the cause of a viewer to ponder deeply into the religion “truths” they have always known, a reason for both the Christian faith and especially the Catholic Church to certainly condemn this film. For conspiracy theorists, this is not one to miss.

Stigmata is now available on bluray per Shout Factory