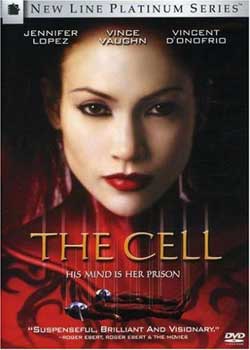 An FBI agent persuades a social worker, who is adept with a new experimental technology, to enter the mind of a comatose serial killer in order to learn where he has hidden his latest kidnap victim.

“The Cell” is unlike any horror movie you have seen. Which is no surprise with director Tarsem Singh’s visually creative mind behind the scenes. Of course it boldly displays the star role of Jennifer Lopez as Catherine Deane helping its credibility.

“The Cell” at its core is a serial killer movie. Serial killer films are usually pretty stereotypical. There are a few that break the mold, but most just go for the status quo of a multiple murder premise. This round we are taken into a different play on genres that incorporates science fiction and fantasy into the mix.

“The Cell” is something different altogether. Vincent D’Onofrio plays mass murderer Carl Stargher. Stargher likes to turn his victims into dolls while also occasionally indulging in a hook suspension fetish. While many of these films allow the serial killer to evolve over the course of a film, “The Cell” has different intentions.

Child psychologist Catherine Deane is an expert in her field. Her latest experimental process allows her to enter the minds of coma patients in effort to convince them to “awake” from their docile state. 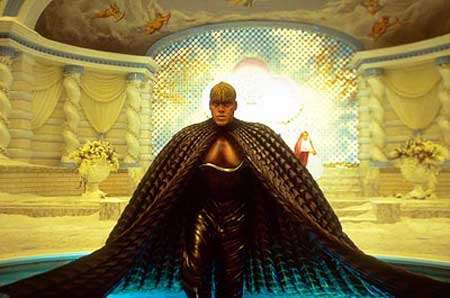 Stargher is captured by the FBI but falls into a coma shortly after apprehension. The FBI wishes to locate his final victim knowing that time is short. Deane is asked to use her process in this case as a way to enter into Stargher’s mind and locate the girl. Deane has no idea what she is getting herself into and finds that entering this sick individuals psyche will be one nightmarish vision after the other.

This “inside vision” is where the film really takes root. By combining the sickness of Stargher’s serial subliminals (girls in the form of dolls) with his grandiose spectrum of an almost renaissance-like menagerie of classical and horrific, Deane enters into a completely new world. A dark one at that, that introduces some of the most innovative visions set to screen. 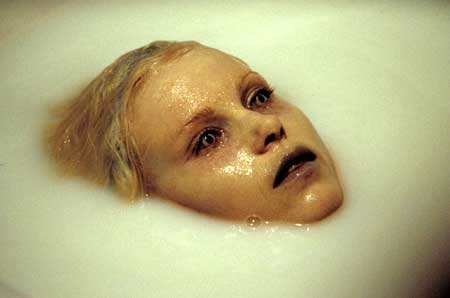 The film sees our 2 stars lying within a lab, but interacting within Stargher’s mind. There is alot of symbolism here combined with the suggestive visions brought on by Stargher’s past and present mind set. Deane learns very quickly that she will have to reverse the game and learn how to take control of this inner world to pull one over on Stargher.

Actress Jennifer Lopez proves her worth with a role that stands among shining achievements. With many of her roles either dampered by bad casting or bad scripts altogether, this one seemed to really worked for her bringing her into the horror realm once again with spades (Lopez has been absent from the horror genre since her role in “Anaconda“). 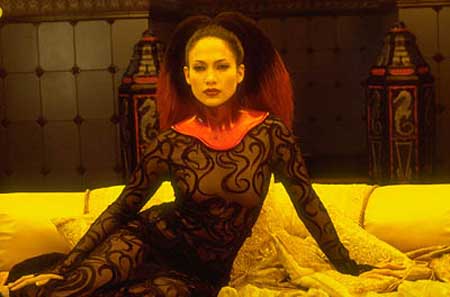 “The Cell” takes its inspiration from various artistic achievements. Some of its inclusion were noted as being inspired by compositions, music videos, and various 2th century artists. The works of video maven Floria Sigismondi are very apparent but only enough to make comparisons rather than a full influence. It is very apparent that “The Cell” derives much of its look and dark imagery from the trend of dark artistry that can be seen on countless CD covers. Though in the interest of motion, scenes are composited to present a dark gritty world that ranges from beautiful to cold solemness. It also is very apparent that more trendier music videos from REM, Madonna and Manson are also injected. In one scene a horse is cut into several pieces like seen in museums that analyze portions of bodies slices. 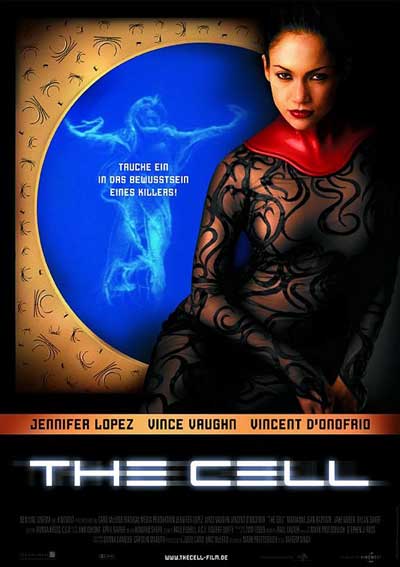 “The Cell” is an innovative piece of film work that breaks new grounds. It focused more on the psyche ranging from that of a child to that of a monster to the world. “The Cell” has been marked as a favorite among horror fans and artists despite the fact that some critics didn’t quite get what was achieved. Director Tarsem Singh has gone onto direct and create other visionary marvels though for me, “The Cell” was a source of personal creative inspiration. Strikingly dark with tonality like none before, “The Cell” is a visual marvel to behold. 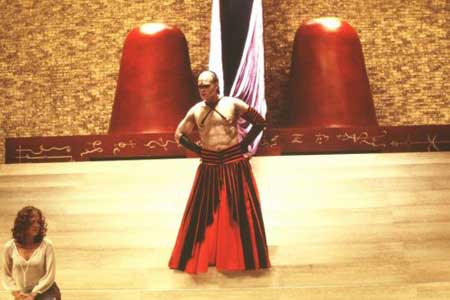 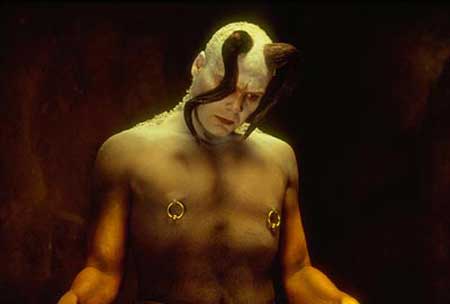 Fun fact several many inspired works that were used in this film. One of which is the painting “Dawn” by Odd Nerdrum. The horse segment was inspired by artist Damien Hirst. And yet another scene such as the hallway comes from an image by H.R. Giger. 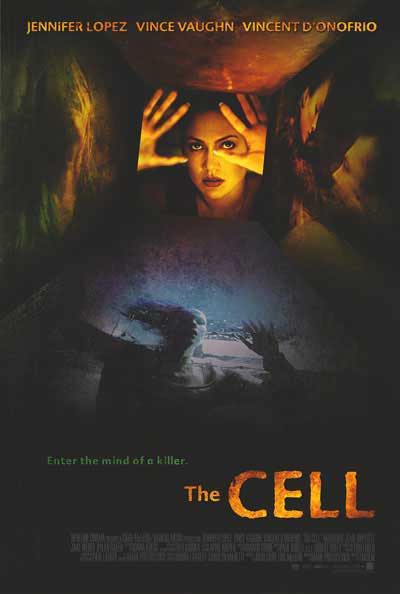 The Cell received an extremely poor sequel in 2009 (The Cell 2), that despite the franchise title was far removed from the original film.