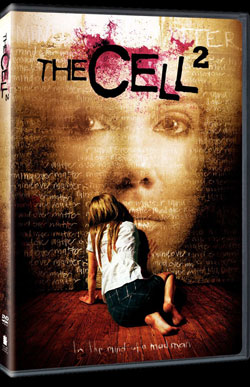 Maya Castaneda (Tessie Santiago) is an investigator with psychic abilities — a power which she gained during a yearlong coma, the result of her having been victimized by a notorious serial killer known as the Cusp. Now the killer is back in action, and Maya must summon her psychic talents to delve into the dark mind of this notorious maniac, in the hopes of saving his next victim — before time runs out.

From out of the ashes of the wonderfully vivid and visually captivating “The Cell“, comes a brand new follow-up by the simple moniker of “The Cell 2“. Though this time around no Jennifer Lopez, no elaborate renaissance nightmare feeling sets and no Vincent D’Onofrio. So what gives? I anticipated a follow up for quite some time coming off the first film as an easy top 20 lister, though this round was simply a disappointment. 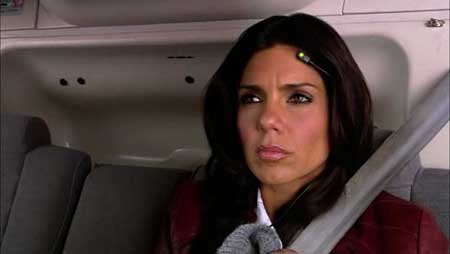 The film itself is radically different than “The Cell”, which is a shame as the original film direction was what made the franchise special. To begin, we receive narration that the FBI has started to enlist special individuals who hold extraordinary gifts. This solicitation acts as an aid to hunt down serial killers, psychos and madmen. Kessel, the FBI head is in charge of the justice task force. The focus of recent investigations centers on one individual who calls himself “The Cusp” (a rather stupid name, if you ask me). Maya Casteneda(Tessie Santiago) is there ace in the hole who is able to psychically concentrate on individuals possessions to get inside there head. Her viewpoint is from the eyes of the individual. This talent was acquired when Maya was killed 6 times and brought back by “The Cusp” as a cruel form of torture. The afterlife visits enabled Maya with this special gift of hers.

The investigations are also aided by a smart-togued agent named Skylar (Bart Johnson) and a old school cop named Sheriff Harris (Chris Bruno). The breakdown is simply this……Harris is the smarter more conscientious player and Skylar is the jealous hard nosed d*ck. “The Cusp” has eluded the police on over 23 victims and has shown no signs of stopping his indulgent serial killer activities.

Maya is the only solution to finding him and identifying the killer. The Cusp in essence kidnaps young girls, tortures them, and kills them only to bring them back to do it all again. On the other end he is an intelligent medically knowledged individual who delves into the realms of parapsychology and is strangely afraid of the dark. He keeps his captives tied to a chair with a “Saw” looking wooden box latched around their heads. (if you are deja-vuing…..thats because we’ve seen similiar devices in the previous “Saw 5”)

Clearly a lower budget offering the great set work that we enjoyed previously was replaced by cheesy CGI sets. By cheesy I mean they kind of look like left over video game sets. Clearly green screened and pasted it. The production look just didn’t pop and make ya feel like the the actors were really caught in any nightmare world. In fact even if it was CGI, the environments could of been made to be presented a whole lot creepier and interesting. A pedestal in a big room…., a hallway full of memories…., a room with some wave filter applied over it…., that’s it folks. That’s the nightmare world that exists in the serial killers mind. I felt really cheated if you ask me. The best scene is actually some leftover footage they start the film with from “The Cell” 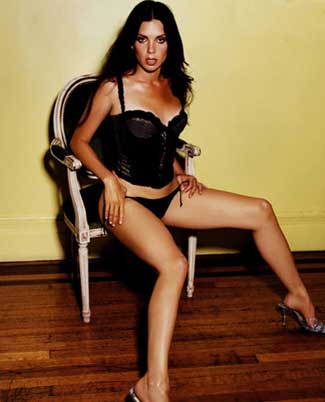 Directed by Tim Iacofano, this round clearly was a wrong project to take on. Why? There was no money. No name actors besides Frank Whaley who probably took the job as a rent payment . We end up with a half ass submersion into evil that just doesn’t work. I wish that companies would stop tail-coating on the fringe of good named films just to try and make a few buck on rentals. Now it’s pretty clear that ” The Cell” franchise is doomed. If you even want to call this part of the franchise, that is. 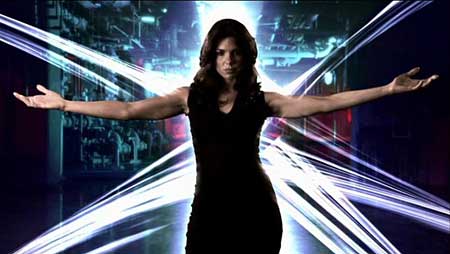 The end credits which was basically supposed to be the titles credits played in reverse….. was the worst horror film title sequence I’ve seen to date. Some helicopter flythrus of Utah…… ooooo that sets the mood!!…not What was the purpose there? Some leftover footage from the helicopter rental maybe. Utter crap. They really need to pay attention to “all” aspects than landing Whaley as a name actor. 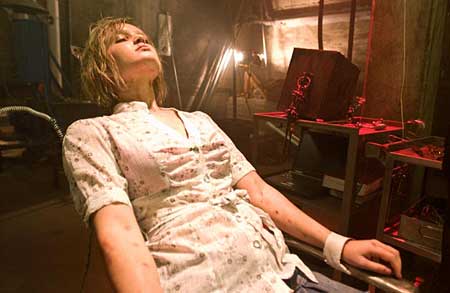 So in summary where does that leave us in the face of this new film? Besides a waste of time, I don’t think it leaves us with anything. At this point I wonder if the film was originally even called “The Cell 2” or was it just another feature they “acquired” and put the name tag on? Add a few commissioned CGI scenes to drop in for giggles and you have “Cell 2” right?…wrong….pass, pass,pass…….