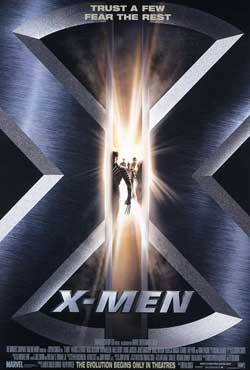 Two mutants come to a private academy for their kind whose resident superhero team must oppose a terrorist organization with similar powers.

With the arrival of the “X-men” onto screen came a wave of hero-focused films. However it’s seeing the X-men on the big screen that was the defining moment for me. I had grown up reading the issues every month with baited anticipation awaiting the next issue to arrive. This dynamic team of super heroes had made their contribution to the hero realm way before I became a comic reader back in 1963. Each issue was filled with drama, action, and discovery. This team of heroes were to take on a new term that would seep into the Marvel universe…mutants. 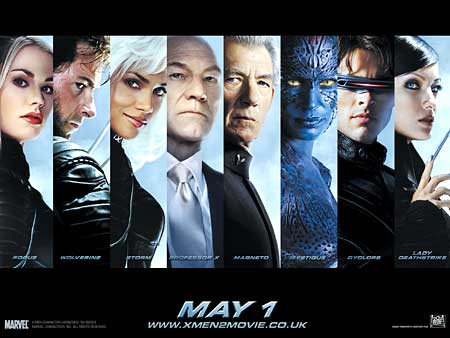 Yes, somehow thru the careful planning of storytelling and fantastic artwork, the X-men would become a model for our present stance on race, origins, and abilities. We didn’t need to possess telekinesis to see that he X-men were as discriminated as any other race to arrive from this world or the next.

Though, what really “makes” the X-men world is their exciting mix of abilities and super powers. They share adult drama just like the next with relationship issues, isolation, friendship, teamwork and perseverance. The X-men helped to really kick up the notch in screen dynamics and soon other heroes were to follow. Proof of this came with hit TV series like “Heroes” that proceeded to introduce “practically” a hero of the month to viewers. 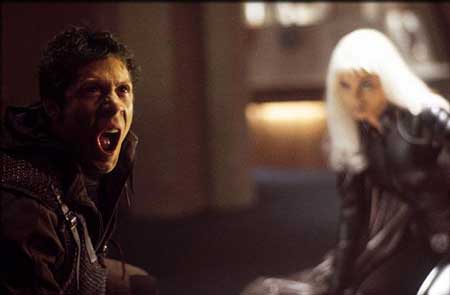 The focus here is the first X-men movie which appropriately debuted in the new millennium of year 2000. The cast was no team of rookies with some of screen’s greatest talents taking the leads. They dedicately kept this up for 3 films.

Hugh Jackman as Wolverine would become a focal character both on screen and off. Fans of the comic book favored Wolverine who draws in just the right combination of talents, attitude and super hero pizzazz. On his lead came an equally impressive group of actors and actresses. Famke Janssen arrived as the telekinetic Jean Grey (later to become “Phoenix”). James Marsden took on the role of Scott Summers known as “Cyclops”. Halle Berry lit up the screen with her very appropriate Ororo Munroe aka “Storm”. Anna Paquin, still a young actress who was destined for greater things arrived as Marie or “Rogue” Heading up this team with the guidance of a perfect mentor was Patrick Stewart as Professor Charles Xavier. Professor X (as he was referred to by short) founded a school for gifted youths. This school was to become the training ground for the X-men and new young hopefuls. His aim was for the good of mankind who using the positive angle to help others and ward off bad elements. Even with the weight of the world on his case who were strangely opposed to mutant carriers, Professor X knew within that the world needed its heroes and protectors. 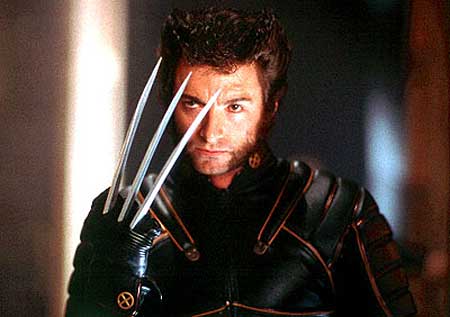 On the flip side, to center the ying and yang arrived Ian McKellen as Eric Lensherr / Magneto. Magneto is a most powerful mutant with the ability to control metal. Magneto also felt that a group should be formed known as the “Brotherhood”. His team was comprised of darker and more sinister applicants. They were a rag tag of odd characters who went by the names of “Toad”, Sabretooth”, and “Mystique”. Each brought a mix of unique powers that made them a formidable opponent to the X-men members. 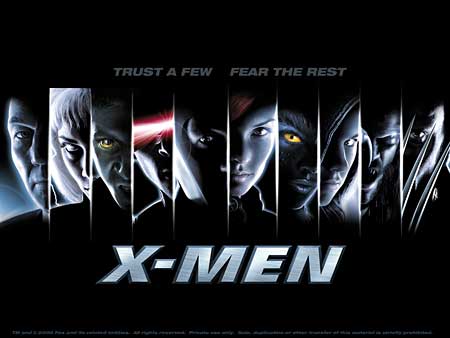 The film would forever cement the image of Hugh Jackman as Wolverine. In fact, you could say that they became one in the same marrying his character to a actor who could not be replaced. Rebecca Romijn would take on a bold role that had her naked body covered in blue scaly appliances as the enigmatic “Mystique”. Each actor in the series quickly became symbolic to their roles molding the dramatics of the stories ahead to all. 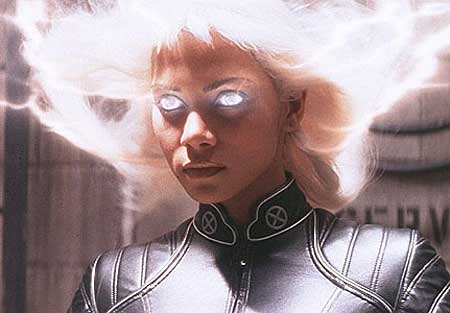 In this first offering we meet Logan (Wolverine)in a fight club situation making a few bucks on the side. He encounters Rogue, a runaway, before the 2 of them encounter a disruption by Sabretooth while trekking across the country. Mutants would begin to form into teams forcing each to choose a side and perspective on the interaction with humans. 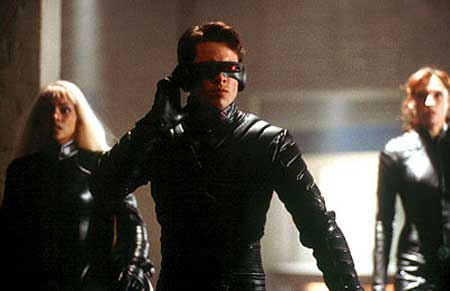 X-Men (2000) is our introduction to the universe of the mutants. With each sequel we would be introduced to more characters, more villains, and more issues within the world itself. Meanwhile back at the Xavier school, young new hopefuls would find their way to the forefront as they became more trained and mature. Such characters include names like “Ice Man”, “Kitty Pryde”, “Jubilee” and Pyro”. We also come to know the metallic skinned “Collosus”. 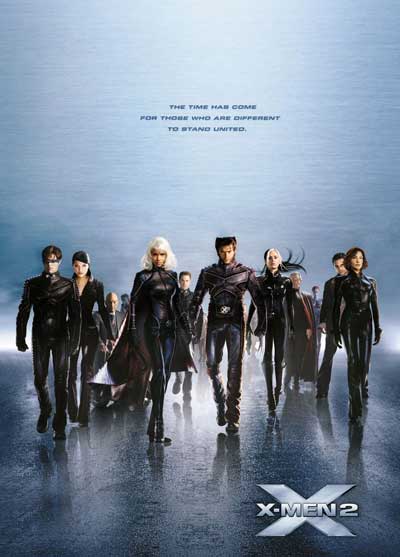 The film was a massive undertaking pushing the limit of special FX to new heights and achievements. With a budget of $75,000,000, the film would carry forth to over twice that in return. I remember at the time liking it so much I that it was no stretch for me to spend a few dollars for a few showings. X-men would also be an instant DVD favorite for consumers worldwide. The movie was directed by Bryan Singer who brilliantly projected the energy of the original comic to screen. He would also go on to direct X-men 2 before handing over the reigns. The film was an instant success setting the trend for many more hero films to follow. This excitement might possibly be the fuel that prompted “The Avengers” trek to screen. Marvel comics who was on their way to bankruptcy were re-ignited with a series of Marvel to-screen films to follow. 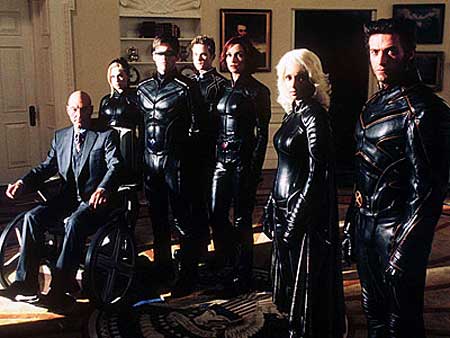 X-men (2000) is hard not to love. It’s got all the elements a movie fan could want with the star power of a elite team of actors. Powerful is an understatement to this long overdue hero realization. Though looking back, it was the right time to finally take them to screen.