SYNOPSIS:
“When Bobby’s car breaks down in the desert while on the run from some of the bookies who have already taken two of his fingers, he becomes trapped in the nearby small town where the people are stranger than anyone he’s encountered. After becoming involved with a young married woman, her husband hires Bobby to kill her. Later she hires Bobby to kill the husband.” (courtesy IMDB)

REVIEW:
Desert Noir may not be acknowledged as the most prominent cinema genre, but it remains one of the more interesting pop culture intersections where the western, the thriller, pulp fiction and road movie all spectacularly collide. Residing beneath the dusty surface of these coarse variations on human primitivism and alienation is a very old-fashioned morality fable like Detour (1945) or Red Rock West (1993), where the iconography of urban expressionism (blinking neon, wailing sirens, etc.) has been replaced with the call of the coyote, sun-bleached landscapes and roadkill. 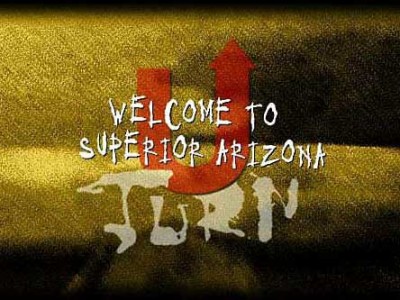 Soaked in this kind of miasma is Oliver Stone‘s U-Turn (1997), a souped-up psychedelic foray into the desert with a volatile Sean Penn en route to Las Vegas, where he intends to pay-off a large gambling debt. On a day when every conceivable hard-luck story becomes his own, Penn’s Mustang breaks down on the outskirts of a small town called Superior in Arizona, and he comically spends the remainder of the film trying to get out. With his itinerary set for disaster, Penn is soon caught-up in the crossfire of a convenience store robbery where he loses his money, gets picked up on the street by Jennifer Lopez, and gets beaten up by her sleazy husband (Nick Nolte) who wants her dead (“It’s a love-hate relationship – I hate loving her!”). 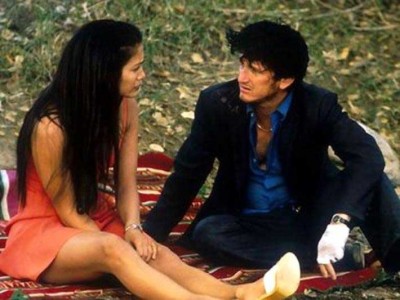 Deception, double-crosses and murder soon become interwoven, all in the name of money, with Penn becoming increasingly unhinged by a day that has long since spiraled out of control. Amid the other distractions is an old blind Indian (Jon Voight) who spouts pearls of wisdom while asking for change on a street corner, a jealous sheriff (Powers Boothe), a mechanic (Billy Bob Thornton) hamming it up as an ignorant inbred tumbleweed, and a local punk (Joaquin Phoenix) who continually harasses Penn while his flirtatious girlfriend (Claire Danes) asks stupid questions about the death of Patsy Cline: “Doesn’t that make you sad?” to which Penn replies “I’ve had time to get over it.” 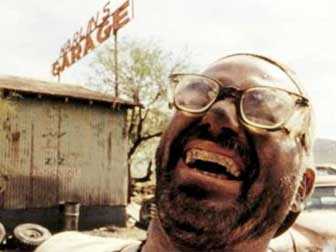 Sean Penn is captivating in the most demanding role of the movie and, as the twists keep coming, so too do the priceless reactions across his face. Penn launched his film career with Taps (1981) with Timothy Hutton and Tom Cruise, then a year later he appeared in the hit comedy Fast Times At Ridgemont High (1982). Penn turned in one of his best early performances as Mick O’Brien, a troubled youth in the drama Bad Boys (1983), which earned Penn favourable reviews and jump-started his career as a serious actor. Penn also played Andrew Lee in The Falcon And The Snowman (1985) which closely followed a real criminal case. Lee was a drug dealer convicted of espionage for the Soviet Union and was sentenced to life in prison. Penn hired Lee as his personal assistant, partly because he wanted to reward Lee for allowing him to play Lee in the film, and partly because he was a firm believer in rehabilitation and thought Andrew Lee should be successfully reintegrated into society. 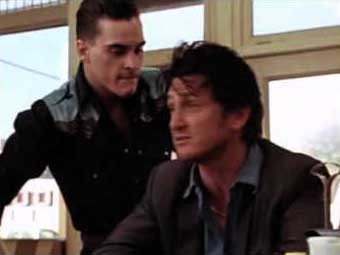 My old mate and director Ollie Stone once told me that U-Turn was his version of Bad Day At Black Rock (1955), about a mysterious stranger who arrives at a tiny isolated desert town in search of a man. While the anti-hero of U-Turn might be missing a couple of fingers courtesy of the Russian mafia, the similarities between Penn and Spencer Tracy’s noble one-armed loner in the John Sturges film end there. In fact, Penn proves to be just as cheap, nasty and dishonourable as the rest of the conniving one-dimensional caricatures in John Ridley’s story. 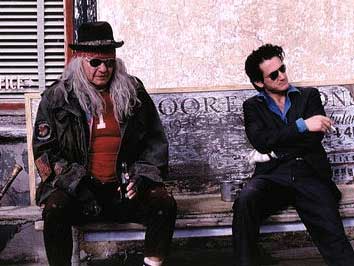 John Ridley got his start in stand-up and was eventually hired as a writer for television shows like The Fresh Prince Of Bel-Air and Martin. He soon wrote his first novel, Stray Dogs, which became the basis for U-Turn. He also provided the original script for Three Kings (1999), but it was changed so much by director David Russell that Ridley only received a credit for the story. Perhaps most importantly, he is one of the creators of Urban Entertainment, showcasing short films made by minority filmmakers, including the animated cartoons Undercover Brother and Those Who Walk In Darkness, which itself was the basis of a novel of the same name written by Ridley. 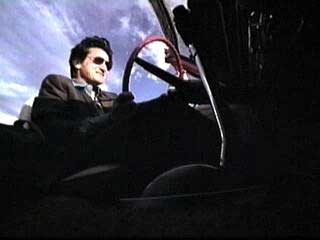 Whatever U-Turn lacks in social conscience, Ollie Stone certainly makes up for it in sweaty immediacy. Using a retinue of effects (black-and-white, surreal flashbacks, varying film stocks including Super-8, etc.), this is an edgy conspiracy movie, not so much about politics as much as human nature at its very worst. Moreover, the savage solipsism continues right up until the first of many false endings, as Penn’s road to freedom is in doubt the moment the vultures begin circling. Ollie takes no prisoners and neither does the desert. And it’s with that melancholy thought in mind I’ll ask you to please join me next week to have your innocence violated beyond description while I force you to submit to the horrors of…Horror News! Toodles! 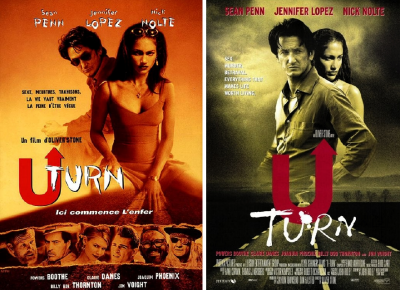