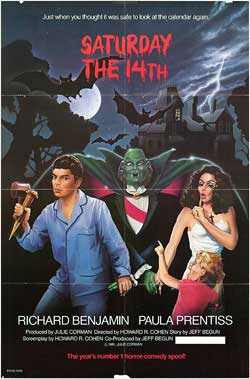 A Family moves into a house inhabited by scary creatures and a number of close calls ensue.

There are some movies that stand the test of time and no matter how long ago they were made still manage to enthrall audiences. I really wish I could say the same for Saturday the 14th. I saw this back in the theaters in 1981, heck, my parents even went with me. 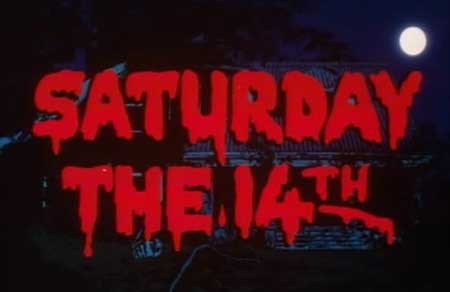 And as I recall we all enjoyed the film. Even at that young age I was a horror movie fan. Halloween had been out a couple of years before and Friday the 13th had just hit the theaters. Yes, horror movies were well on their way to making a comeback into the mainstream culture.

And what better way to capitalize off of the success than to release a parody. I think the main problem with the film as I watch it all of these years later is that it is a product of the times. It’s not that any of the humor is eighties specific in any way, far from it, but the movie just feels like the eighties. Of course the lower budget didn’t help, either. 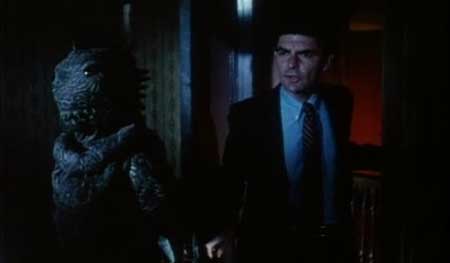 Parodies can be very tough, not only to write but to pull off. To its credit Saturday the 14th tries to deliver the jokes one after the other in a seemingly non-stop progression. Problem is there are more duds than there are successes. Or again, maybe they just haven’t aged that well.

That said, there are some very funny moments in this film and for some that want to take a trip down nostalgia lane, I would have to say check this one out.

Real life couple Richard Benjamin and Paula Prentiss star as John and Mary, the all American couple with a teenage daughter Debbie, a young boy Billy and a dog named Rover. John and Mary have just inherited a spooky old house with a curse on it from his Uncle Henry. Both of the kids instantly get bad vibes from the place but Mary insists that with the proper curtains the house can look wonderful. 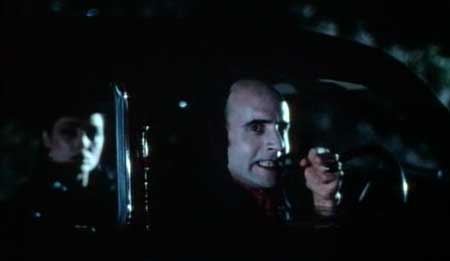 Too bad vampires Waldemar (played by the always good Jeffrey Tambor) and his wife have eyes on the place as well. Or more accurately on the book that is contained within. Too bad young Billy stumbles on the book first.

And wouldn’t you know just as John and Mary read a note from Uncle Henry not to open the book, Billy opens the book. It is appropriately called, “The Book Of Evil” and its first inscription is a dire warning: “It gets bad on Friday the 13th, but it gets worse on Saturday the 14th.” And as one by one various monsters from horror movies past get released, Billy finds himself and his family up against some formidable foes. 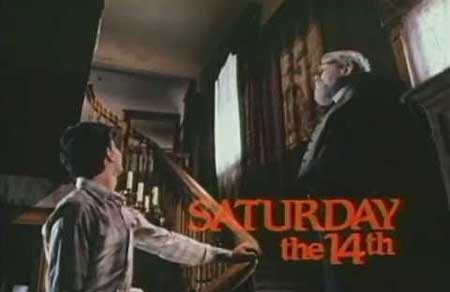 As mentioned above this movie, when viewed now, is dated. Forget the fashion styles, I think it’s the special effects that do this one in, so to speak. They’re cheap but one could argue that it’s part of the movie’s charm. After all, they were spoofing cheap horror movies in the first place.

Richard Benjamin and Paula Prentiss are fun to watch as the hapless couple who don’t even know what is going on in their own house. Every noise gets blamed on owls and Billy is seeing monsters in his bedroom, much to the disbelief of his dad. Both of the kids actually play their roles very well and as mentioned above, Jeffrey Tambor is always fun to see. 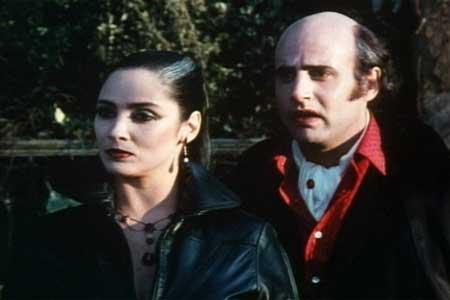 The movie spoof references are fun, with a nod to Jaws which, when I saw this in the theater, was a standout. Throw in a bat exterminator named Van Helsing and yes, you do have one wacky movie.
But be warned if you decide to watch this. Most will find it dull and while mildly humorous, not laugh out loud funny. Fans of eighties horror movies will like it more if not for the simple fact they saw it once upon a time and remembered it fondly.