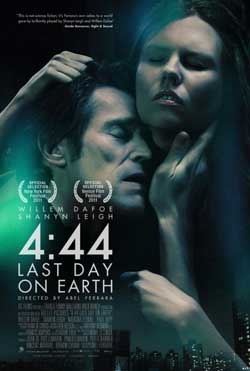 A look at how a painter and a successful actor spend their last day together before the world comes to an end.

Recently with the wave of “end of the world concerns” hitting us at every turn, there has also been a pretty strong related interest movement in the film industry. The one that comes to mind that was a bit more in line with a reality was a film called “Melancholia”. I mention this film, not only because it was a great film, but because it is closer to the style of 4:44 than the most fictionous zombie apocalypse films from the genre.

4:44 Last Day on Earth, is not a horror film unless you relate the end of the world itself to horror. Rather it is closer to our potential reality presented with the fictionous aspect of science fiction. There are no trumpets sounding, no mass murders sprees or rioting in the streets (at least from the film perspective). Everyone is more or less doing what they usually do with the notion that in 1 day the world is scheduled to end. For specifics, it is estimated to be at 4:44 the next day. We find that Al Gore has been correct with his prophecies and that the ozone layer has finally depleted leaving earth open to destruction. 4:44 covers this briefly, but not enough to know all the details. In a voice of hope, some prefer to hang on to “what if they were wrong?” 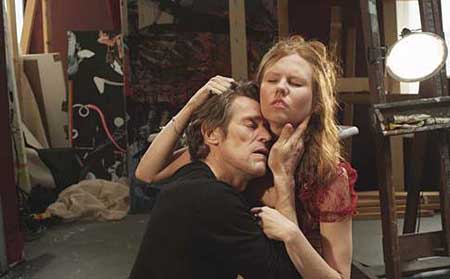 4:44 Last Day on Earth ” is not your usual action-packed over the top film production. In fact it moves at a snails pace with most of the film being centered in an upper loft where Cisco (Willem Dafoe) and his girlfriend Skye (Shanyn Leigh) are currently living. Skye continues to paint as Cisco paces about occasionally yelling from the roof top what idiots he is surrounded by. The TV plays in the background changing from prophets to spiritualists to news programs. A center point news program announces that the whole world will end in a bang of which money, power, or life status won’t prevent. It has become accepted by most and ignored by others who are still in denial. A man jumps from a rooftop, others engage in sexual activities, while other simply just do what they know how to do best. It forces you to look into yourself and ask would you party thru your last day or stay awake, focused and alert to witness the final light show of all time? In later clips, we see how the world has prepared for the event. 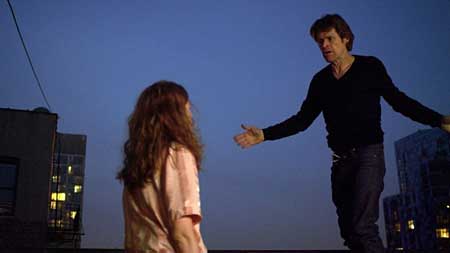 4:44 is not without its share of product placement and mentions with many of the computers being obvious Apple products and the use of “Skype” technology mentioned more that a few times. By implementing “Skype”, it allows the narrative to closer match our own timeline with several saying their goodbyes over web cams and laptops. 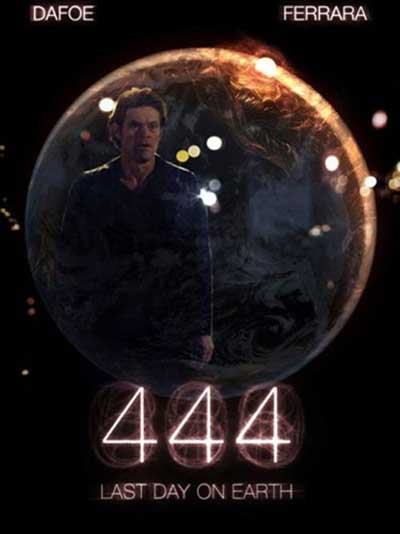 The movie was directed by Abel Ferrara who has quite range of interesting directorial releases over the years. One being a favorite of mine, “King of New York”. This film takes a different approach that I think will not really satisfy most consumers. In fact I felt it was closer to how our own existence might play out if we face this same eventful announcement. But it is a slow grind that serves a purpose….maybe even a message…building a relationship with us as the viewers. 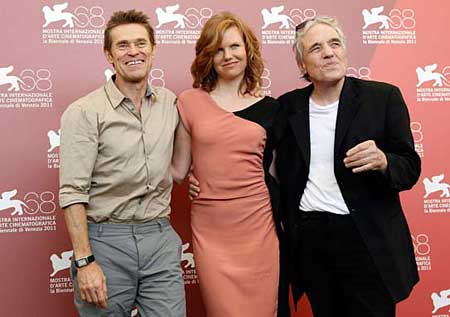 Willem Dafoe is perfect in his role as the emotionally confused Cisco. His knack for absorbing the situation and staying somewhat tranquil in parts is a nice contrast to when be isn’t. 4:44 falls into that sense of “what am i supposed to do…the world is ending tomorrow feeling” that many would have to confront. 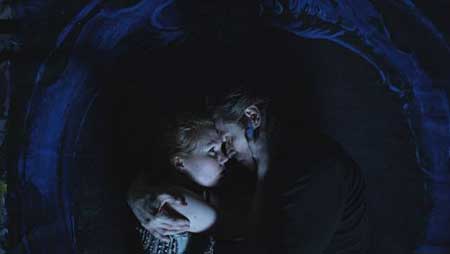 “4:44 Last Day on Earth” serves it purpose as a nice comparison product to the wave of other films out and coming out. As a release, it only drew in $8,355 from 3 screen showings in March. I dont think this will won’t for heavy science fiction fans, as it lacks alot of the elements they hunger for. In short, be prepared for a calm drama that maybe asks more questions than it provides answers