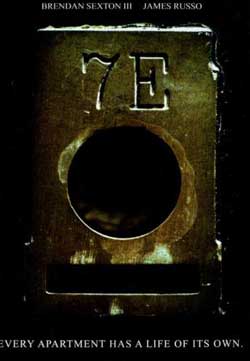 A young man struggles with unexplained events inside of a New York apartment where tenants are not who they appear to be.

When a title like 7E comes up it instinctively makes me thing of movies such as 1408 and Apartment 1303, which are movies where the rooms themselves are haunted by a paranormal entity. This is not the case with 7E; this movie is an indirect and complex psychological thriller. Even though it is a linear movie, a lot of the characters talk about the past and it can be hard to distinguish between them talking about their past or the present. 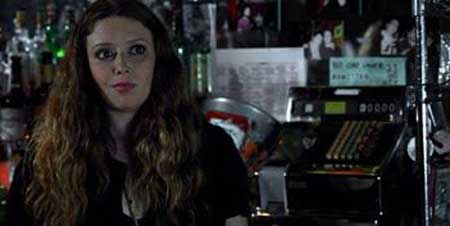 The film starts off with us meeting a younger man and an older gentleman in an office in a lively warehouse. The younger man is Clyde (Brendan Sexton III) and the older man is Paul (John Savage), who we eventually find out, is Clyde’s uncle, who took him in after his mother died when he was young. Paul asks Clyde to go look after his step daughter (so that would make her Clyde’s cousin-in-law, remember that for later) Kate (Antonella Lentini) who’s roommate had just hung himself leaving Kate to stumble onto his body. Clyde being between jobs agrees to go stay with her, when he shows up he meets a man that also lives in the apartment complex, Sam (James Russo). When he finally makes it to Kate’s place, she is all but comatose in her bed, not really responding to Clyde. 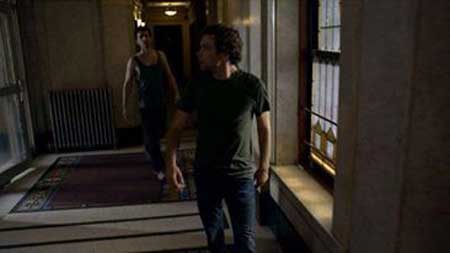 The next few days go on like this, he’ll ask her a couple of questions and only get answers for half of them, but his main concern is why Kate’s roommate Rob had killed himself. She keeps telling him that she didn’t know him that well, and can’t answer those questions, so Clyde tries to answer the questions for himself. He sneaks into Rob’s old room and starts searching though his stuff for any clue as to who he was. He comes upon a photo on the ground in the closet, and realizes that there is a fake baseboard there, he rips it up and finds more photos and a couple of articles about a woman named Sadie who had been injured in an accident while at work. Finding this woman and how she hurt herself becomes the obsession of Clyde.

He gets tossed out of the bar where Sadie had worked, without getting any answers to his questions. This deters him for the moment, so he heads back to the apartment, where he meets up with Sam, who asks Clyde in for a beer. Clyde accepts and they have a nice talk that sheds some light on the still mysterious characters, Sam’s wife was raped and murdered a few years back, and they never caught the criminal who did it, leaving Sam to still dwell on it. Also one of Clyde’s friends had died a couple of months back and no one could tell Clyde how or why it happened. 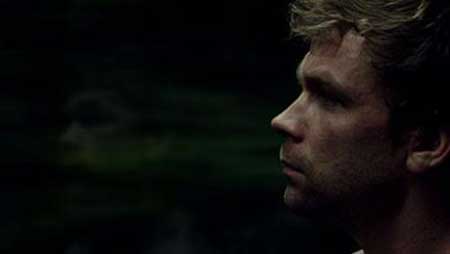 The next day Clyde stalks the bartender from the bar that Sadie had worked at, he gets her to tell him some things about Sadie and that night, but not who Rob was and why he had the pictures. Once Clyde gets back to the apartment, he bumps into a guy named Rich, (Armando Riesco) who had visited Kate before, and once Rich starts asking about Kate, Clyde snaps and starts beating on the guy. Once he’s done beating on Rich, he runs up to his place where he continues to take out his rage verbally on Kate. Kate tries to comfort Clyde after his rage turns into a sobbing break down, this ultimately leads to the two having sex.

The next morning there is an awkward scene where Clyde is getting out of her bed and she’s just sitting there staring at him. We learn right after this in a flashback that Clyde had in fact gone to see Sadie before coming home, possible leading to his break down. He told her that he would find the guy who had caused her accident, but she only replies that it was him. Now if this is meant to be metaphorical or literal is hard to say, but it does say a lot about Clyde’s character. He tells Kate that he is leaving to go get some cigarettes, and walks past a crime scene (I’m guessing it’s supposed to be Sadie’s place) where “that girl” has been killed, if it was Clyde is never answered. 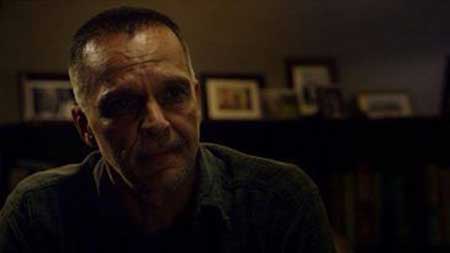 The final act is where the whole movie finally comes together, Clyde comes home and decides not to check on Kate, but instead chooses to go and sit alone, gathering his thoughts. We see Clyde sitting in the dark, when there is a pounding on the door, he goes to answer it, and it’s Sam holding a gun spouting something about someone being on the fire escape going into Kate’s room. They burst through the door and there stands Rich, Sam readies his aim, but before he can shoot Clyde jumps him and wrestles him to the ground. Rich runs out, and Sam starts chocking Clyde, right before he kills him, he realizes who it is and lets him up. After that night, everyone seems to go off in their own direction.

The whole motif of this movie is death, either by murder, suicide, or unknown; it plays a huge part in impacting all the characters. Kate is mortified by seeing the site of her dead roommate, so she tries to hide from it in her medications, but only in the end finds out that she has to be strong and move past it. Clyde harbors anger and resentment for the death of his friend, and the fact that he has no idea how it took place, so his only means of getting over it is by trying to solve the puzzle of why Rob has killed himself. Sam finds himself entranced by the death of his wife, and trying to find the justice that he never had. That’s why he was so determined to protect Kate, a symbol for his wife, and to kill Clyde or Rich, the attackers. This is all done really well, but it does take some time to understand that all this is going on, so it really bogs down the flow of the film. 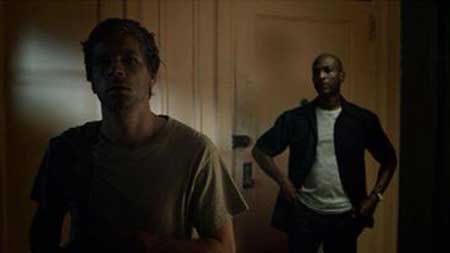 The one thing that I didn’t care for, is how stereotypical Clyde comes off, he is the typical angry child from a broken family who can’t seem to function in society. His rage is uncontrollable, and when he’s not doing something in the movie, he is portrayed as a loner who just broods all the time. On the flip side of this, Sam is the opposite, he’s not stiff like the others, and he is shown being happy, morose, and vicious in the few scenes that he is in.

I have to say I did like the movie in the end, but it just took awhile to make it there. If you’re a fan of psychological thrillers that are well written but you have to wait until the end for the pay off then give this one a try.