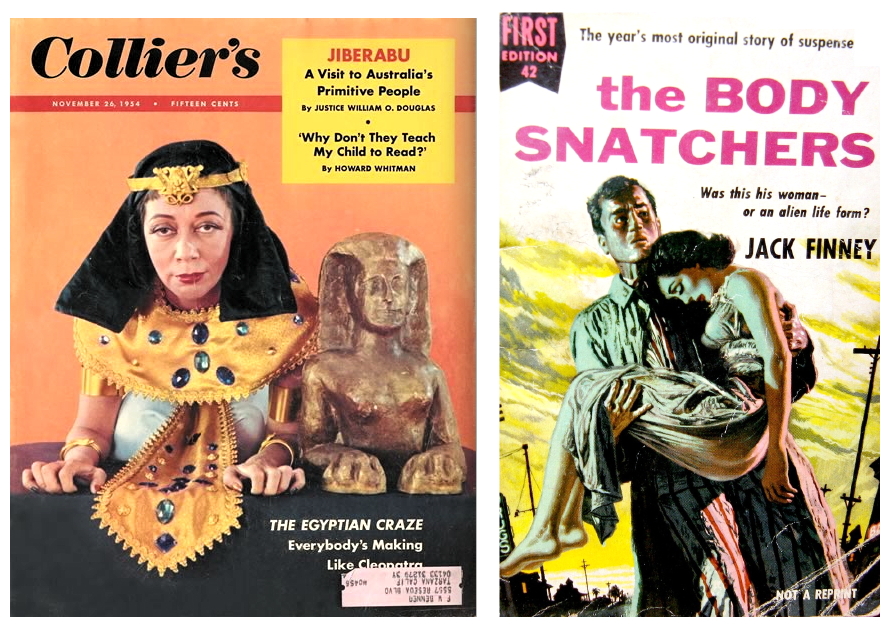 In 1955 author Jack Finney published a novel entitled The Body Snatchers, first serialised in Collier’s Magazine the year before. It describes the fictional town of Santa Mira, California being invaded by seeds that have drifted to Earth from space. The seeds replace sleeping people with perfect physical duplicates grown from plantlike pods, while their human victims turn to dust. The duplicates live only five years, and they cannot sexually reproduce. Consequently, if unstopped, they will quickly turn Earth into a dead planet and move on to the next world. One of the duplicate invaders suggests that this is all humans do; use up resources, wipe out indigenous populations and destroy ecosystems in the name of survival. The novel horrifyingly depicts the invasion of a small town by interstellar spores that duplicate human beings, reducing them to dust in the process which is, arguably, an allegory representing the loss of freedom in contemporary society. It has been adapted for the screen at least four times: In 1956 and 1978 as Invasion Of The Body Snatchers; in 1993 as Body Snatchers; and most recently in 2007 under the simpler title of The Invasion. Unlike two of the film adaptations, the novel contains a more optimistic conclusion, with the aliens voluntarily vacating after deciding that they cannot tolerate the type of resistance they see in the main characters. 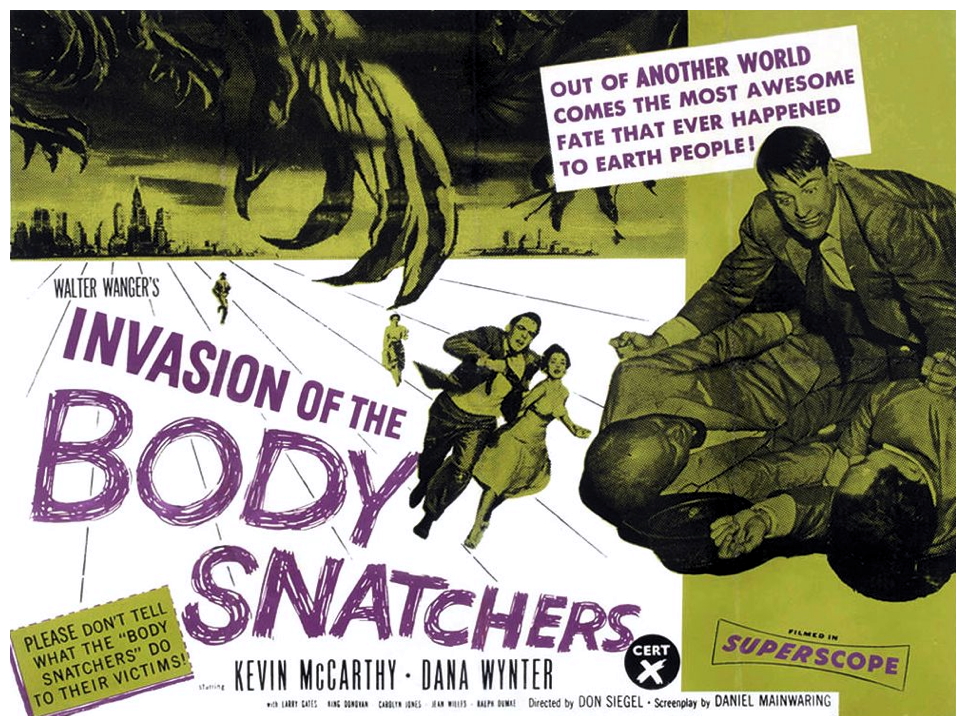 Don Siegel‘s Invasion Of The Body Snatchers (1956) is arguably the best film ever made concerning alien possession. People in a small Californian town are being taken over, and their relatives and friends realise there’s something wrong but can’t quite put their finger on it. Doctor Bennell (Kevin McCarthy), returning to his old home town, is caught up in the nightmare, especially when he is shown an unfinished-looking, not-quite-human body lying on a friend’s pool table. It turns out that duplicates are grown from alien pods, like some kind of weird vegetable. Before he can take firm action it is already too late – too many of the townspeople are now not really people at all. The film is mainly notable for its remorseless quality. What begins as a curious mystery comes closer and closer to terminal nightmare for Bennell, as first acquaintances and then close friends are taken over and, finally, his lover Becky Driscoll (Dana Wynter), as he discovers when he kisses her…or kisses ‘it’. All the horror of alienation from other people, of paranoia, of the loss of personality, are present in the film. In the real world, these would be considered symptoms of schizophrenia. What we effectively have is a situation that forces madness as the only sane response.

Many commentators have insisted on reading the film politically, and this is certainly valid but, like all good symbols, the pod people stand for more than just one thing. For example, they represent the loss of emotion and, by implication, the loss of any possibility of love or human warmth. This is a truly apocalyptic film, because it faces up to the implications of its own central idea in a way that the otherwise similar Invaders From Mars (1953) and It Came From Outer Space (1953) do not. Siegel’s direction is quietly daring, the film moves pretty fast, but it gradually changes in style from a low-key, almost jokey realism to a more intense, nightmare style later on, ending in the highly stylised shot that everyone remembers of Kevin McCarthy running along a freeway trying to stop puzzled drivers of passing cars to warn them of the threat to mankind – a dreadful iconographic image of impotence. To soften the impact of such a downbeat ending, it was originally released with framing sequences at the beginning and end showing McCarthy in hospital – these were shot long after primary filming was completed – and ultimately manages to convince a fellow doctor. These sequences are often dropped from the prints exhibited nowadays, on the grounds that Siegel was never committed to them in the first place. 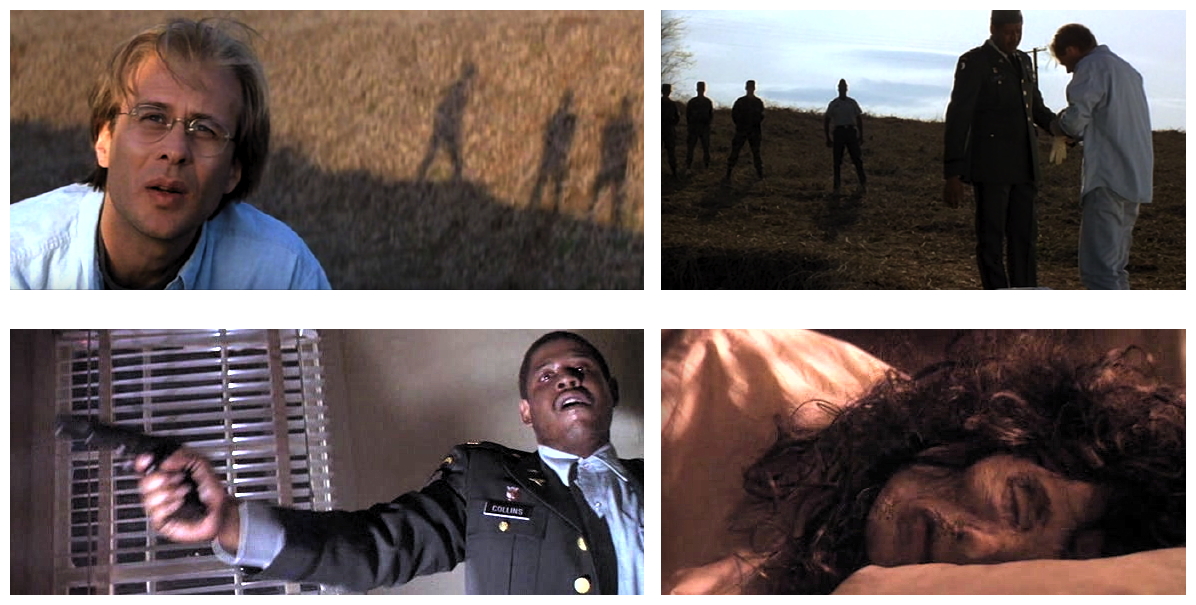 It’s odd how often genre movies ask the question, “When is a person not a person?” Perhaps the question has a keener edge when asked in the current century (a time when we see mankind as an impermanent element in an evolutionary spectrum) than it would have had in previous centuries when mankind was seen as existing at the top of the hierarchy of created life. Older horror dealt with the re-emergence of the beast, while newer horror deals with the loss of the beast. That is to say, with the loss of the animal warmth that we think of as part of being human. We have a fear that whatever species replaces us, or whatever we evolve into, may be a creature of intellect, lacking both love and anger. We had already seen this symbolised in Invasion Of The Body Snatchers (1956), and it is even clearer in Philip Kaufman‘s remake with the same title in 1978 scripted by W.D. Rchter, the man behind the comedies Buckaroo Banzai (1984), Big Trouble In Little China (1986) and Stealth (2005). That’s right, Stealth was originally written as a black comedy, intended to be a modern Doctor Strangelove (1964), a live-action Team America World Police (2004). But I digress. 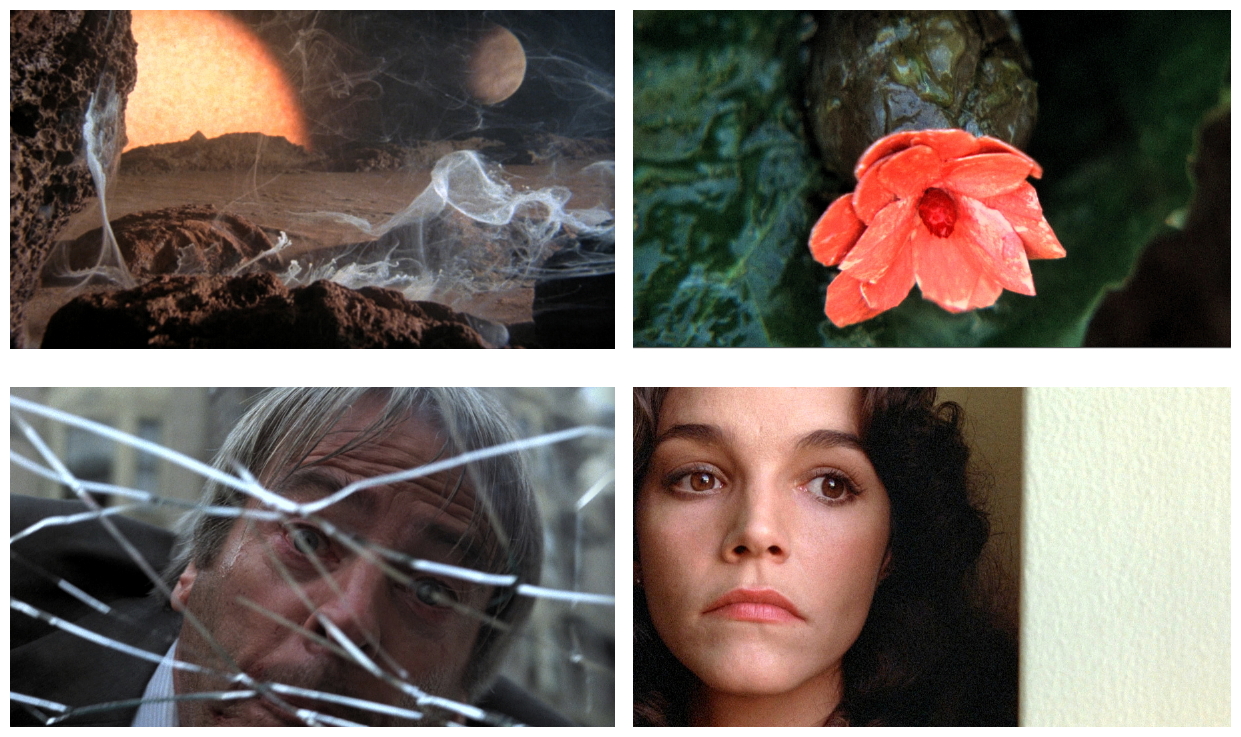 Significantly, Leonard Nimoy (the emotionless Spock of Star Trek) is cast as a new character inserted into the old story, a pop psychologist who, while discussing Californian therapies, says “People are changing, they’re becoming less human.” Kaufman’s pod people are definitely products of the seventies. They are not so much political symbols as sociological symbols, and the film reflects this shift of emphasis with its geographical shift from a cohesive small town to the alienation of the big city, where it’s difficult at the best of times to tell who is a pod and who isn’t. The charming psychiatrist, naturally enough, is one of the first to be replaced with a pod – it’s a nice irony. The film may not be as strong as the original, but it is an ingenious remake all the same, working quirky variations on the theme. The special effects are good and the inside jokes are amusing – Kevin McCarthy appears on a city street, reprising his role in the original film, still shouting his warning, and Don Siegel plays a suspicious taxi driver. 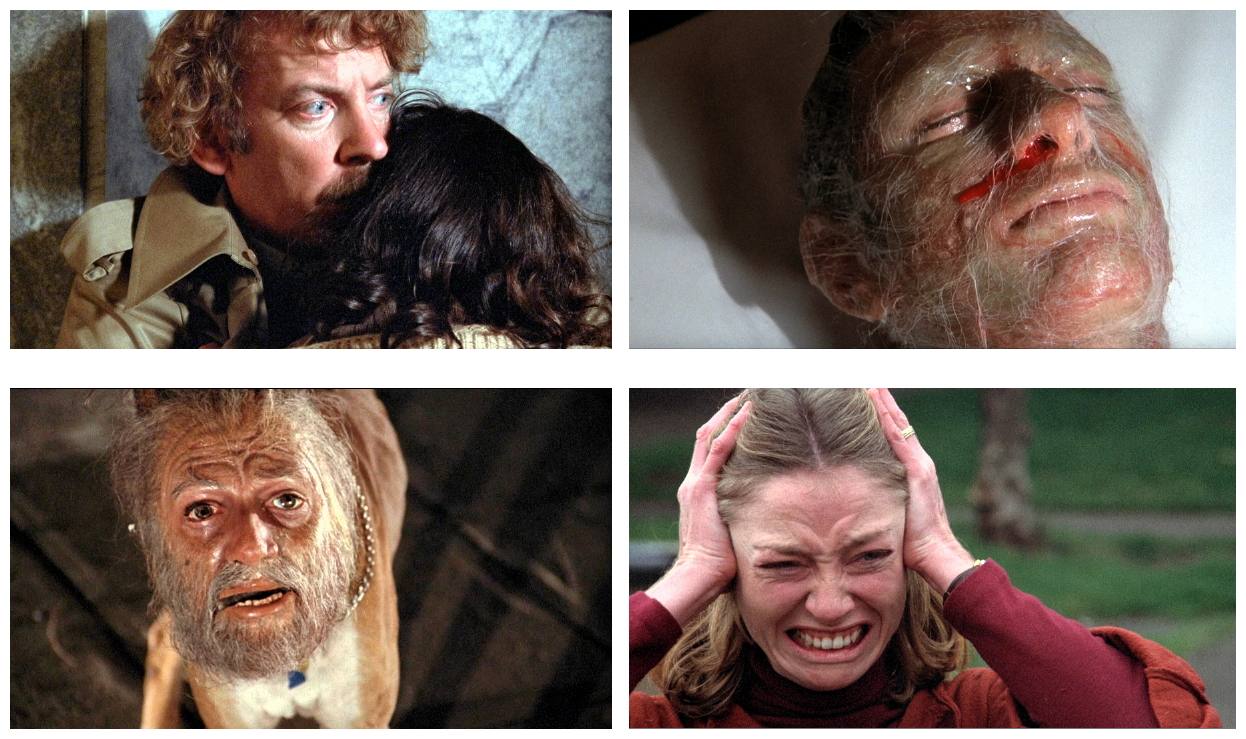 On the other hand, a certain fussiness in the direction sometimes dissipates the strength of the narrative. While the transformations of the pod creatures into human duplicates is most impressive, Kaufman places too much emphasis on special effects and snazzy visuals, and not enough on the characters so that we can understand the tragedy of losing their identities. The San Francisco setting seems ill-advised because we’re not seeing the transformation of average Americans but people who are already weird – their alteration from spaced-out to emotionless is not that catastrophic a change in our eyes. I the original, when loved ones became heartless, it was heartbreaking. Worst of all, the film hasn’t the political subtext that made Siegel’s film so fascinating. Nor does it have Siegel’s pacing that made it unrelentingly suspenseful. It does, however, have some fine performances. Donald Sutherland and Brooke Adams, with Jeff Goldblum and Veronica Cartwright, are appealing as the two couples who try to hold on to their humanity. You care about them but, lamentably, you don’t feel the loss of the world they inhabited before the pods fell from outer space.

The third adaptation on Finney’s novel was given the somewhat snappier title of Body Snatchers (1993), in which it is discovered that people working at a military base in Alabama are being replaced by perfect physical imitations grown from plant-like pods. The duplicates are indistinguishable from normal people except, of course, for their utter lack of emotion. Directed by Abel Ferrara and starring Meg Tilly, Forest Whitaker, and R. Lee Ermey, Body Snatchers departs furthest from the original novel than the other films. While Steve Malone (Terry Kinney) has a medical/scientific background, the main character is really his daughter Marti (Gabrielle Anwar). The character of Becky/Elizabeth is dropped completely, as are the Belicecs and other acquaintances.

Reintroduced, however, are two elements which had been dropped from the 1978 version: A young child claims that their parent is not their ‘real’ parent; and the film is narrated by the main character. That being said, Body Snatchers also utilises two concepts originally introduced in the 1978 version: The original bodies are picked up by garbage trucks; and the duplicates howl loudly when they identify a genuine human. Despite being shown in competition at the Cannes Film Festival, most critics panned Body Snatchers: “The notion of a military base as a symbol for mindless conformity isn’t exactly revolutionary, and the characters remain sketchy and underdeveloped.” – Entertainment Weekly 11th February 1994. 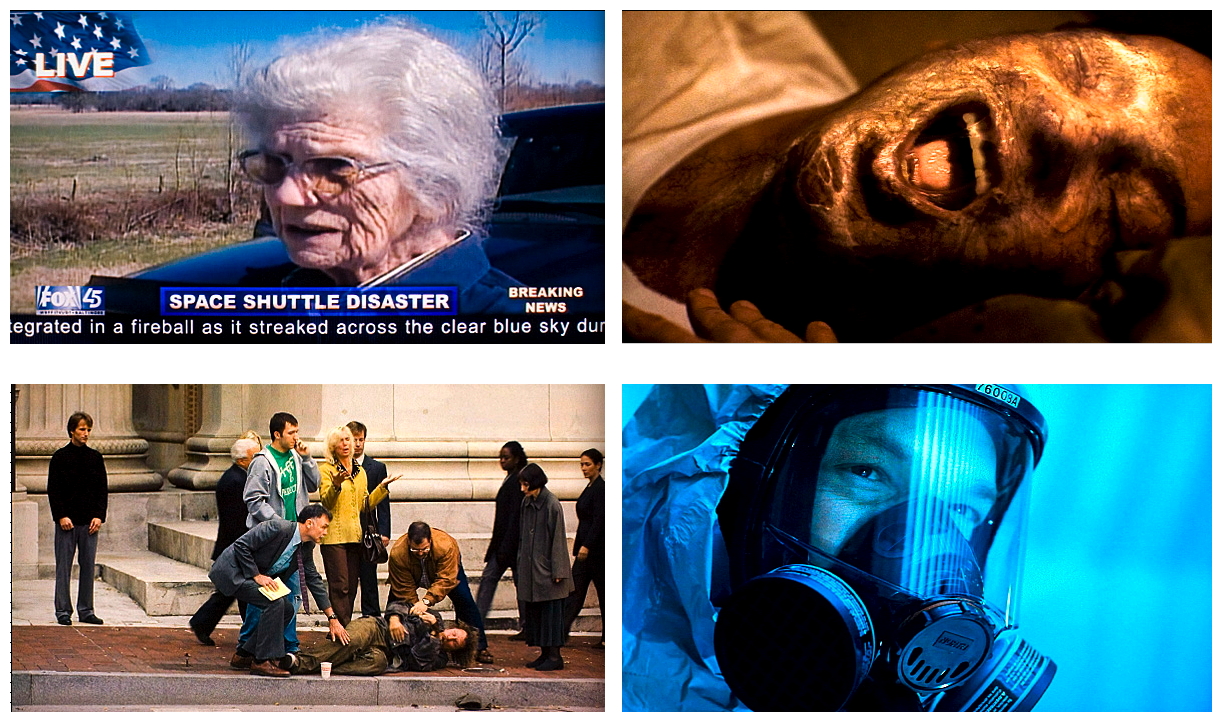 Come the new century, cinema screens were bombarded with more remakes, sequels and re-imaginings than any previous decade, and Finney’s novel seemed as good as any other property to adapt. The Invasion (2007) was directed by Oliver Hirschbiegel and James McTeigue, and stars my old friend, darling compatriot and all-round scallywag, Nicole ‘Nickers’ Kidman. Apart from the innovation of making Doctor Bennell a woman psychiatrist and moving the locale to Washington, The Invasion is little more than a mish-mash of references to earlier adaptations, character names lifted from the novel and films: Ben Driscoll (Daniel Craig) is Doctor Carol Bennell’s friend and later partner; Kaufman is the friendly professional who turns out to be an alien impostor; and the name Belicec is used for a befriended couple.

In Body Snatchers, humans were being systematically transformed to aliens in an army infirmary. In The Invasion, Doctor Bennell discovers a group of humans in an identical state of transition, obviously victims of a systematic infection and, as in Body Snatchers, the final words of an off-camera voice questions the victory humanity has achieved. The greatest departure from Finney’s original concept would have to be the transformation of humans into pod people. Instead of substituting the humans with duplicates, the alien organism manipulates its victim from within the brain, not unlike Robert Heinlein‘s The Puppet Masters. The Invasion was originally intended to be released in June 2006, but was postponed while the Wachowski Brothers devised extra scenes to add a little more spice to a relatively dull adaptation. The film was finally released in August 2007, taking a mere US$6 million during the all-important opening weekend. Word quickly got around, and the US$65 million movie grossed a total of only US$40 million within its first year of release. Needless to say, The Invasion is considered a failure, both financially and critically. 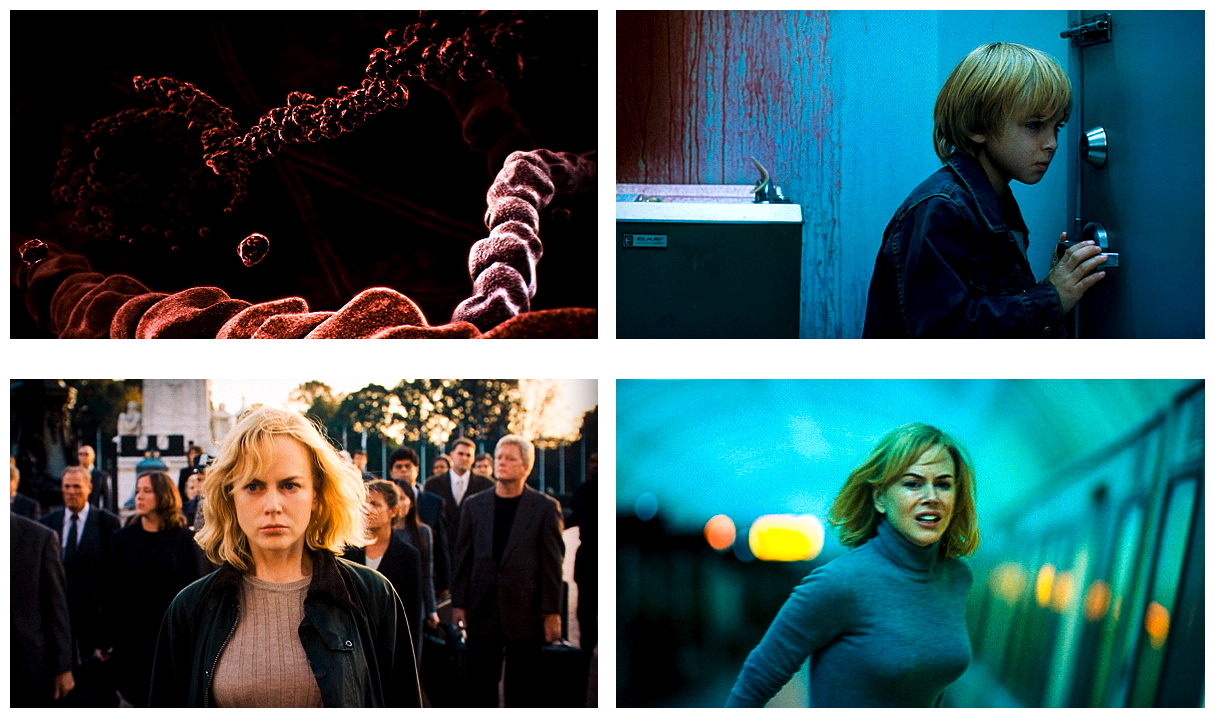 I’m sorry to be leaving you with such a bleak and sad image, but be warned, I will not accept that as a valid reason for your not returning next week. I’d miss you too much. I’d like to profusely thank Wikipedia and The Encyclopedia Of Science Fiction by Peter Nicholls and John Clute for assisting my research for this article, and ask you to please join me again soon as I discuss the brutal slashing of budgets and death by a thousand cut corners for…Horror News! Toodles! 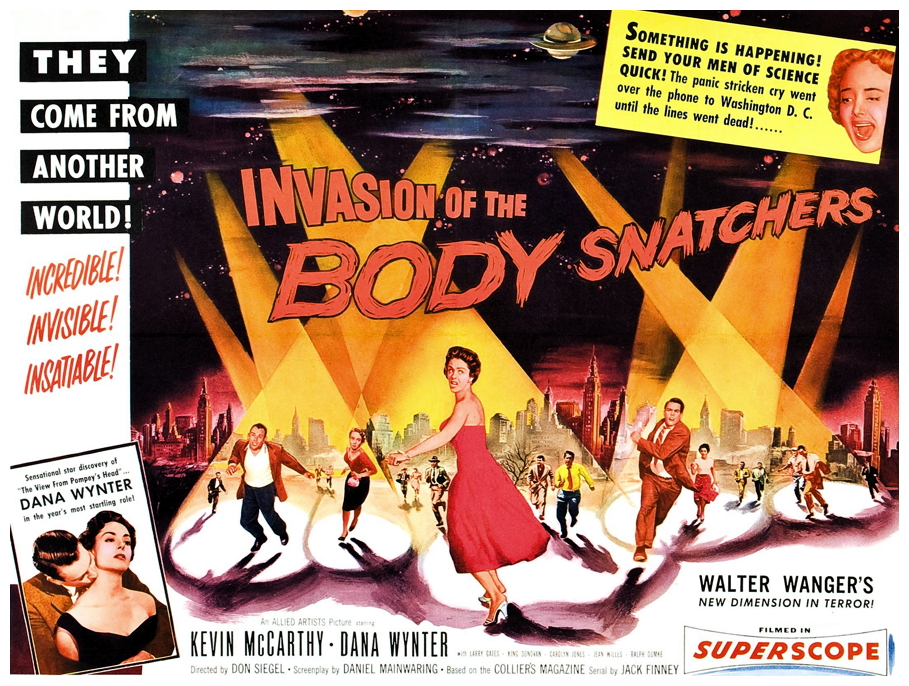 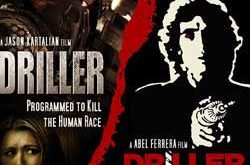