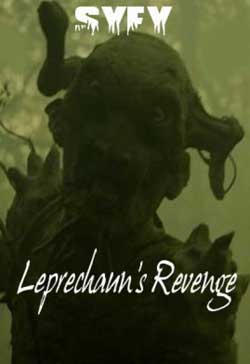 An evil leprechaun who has been imprisoned within the roots of a majestic old oak tree, is accidentally set loose on St. Patrick’s Day. Once free, he takes out his bloody revenge on the descendants of the people who originally imprisoned him.

Karen is out hunting in the woods with her Grandpa, but not just any woods – we’re talking the Keenan Woods – woods with a history; where many years ago an evil Leprechaun was imprisoned in the roots of the magical Tree Of Tears. Once Karen accidentally frees him, she winds up with the Curse of the Red Clover and he goes on a bloody rampage to take out the descendants of the ones who originally trapped him down there. With the St. Patrick’s Day deadline looming close and Karen’s time running out, it’s up to three generations of estranged O’Hara folk to band together to save her from certain doom and save their quiet little town from destruction by this maniacal mythical creature. 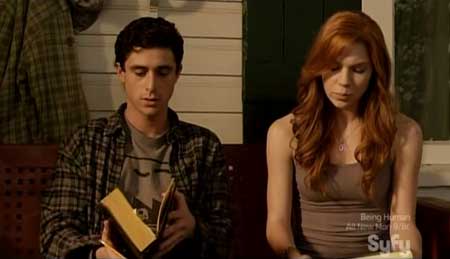 Don’t think it’s possible? What, you think this is some tongue in cheek, tiny little guy dressed in green and spouting off whimsical death-inspired limericks and one-liners before he kills off secondary characters in funny ways all while trying to get back his pot of gold?? No sez I. This Leprechaun has no time for such tomfoolery or shenanigans – he will rip your f*cking jaw off to munch on your gold tooth just to prove a point. AND he can drive. This bastard is the Terminator of Leprechauns; a remorseless killing machine with only two things on his mind – eating gold, and offing anyone related to his jailers or whoever else gets in his way. FINALLY, THIS is the Leprechaun flick I’ve been waiting my whole life for!!!! You show me a more badass cinematic Leprechaun than this and I’ll show you a THE Billy Zane movie that sucks. That’s right, you can’t, because neither of those things f*cking exists!!!! 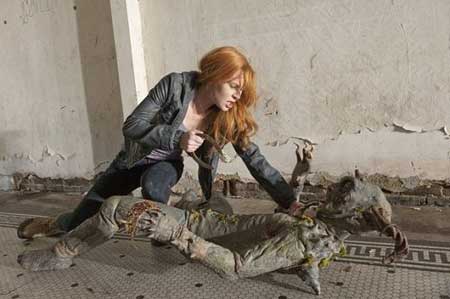 First off, no…TITANIC doesn’t count…that was Leo’s debacle. So…I know what you’re thinking…what the hell is this hack talking about?? Well, hold on – first, this was a SyFy Saturday premiere on St. Patrick’s Day, 2012. Now I know that makes most of you out there skittish. And to be honest, I had the same feeling once I saw the After Dark Films logo at the beginning because let’s face it – that company has done less than hold up their end of the bargain when it comes to entertaining me in the last few years. I think NIGHTMARE MAN was their last stab at greatness for me, if memory serves. But anyway…you guys know me – I would’ve watched this no matter what since I’ve officially been christened the new SyFy Saturday Review Dude by the Big Bossman of this site. And trust me, I wear that badge of honor proudly. 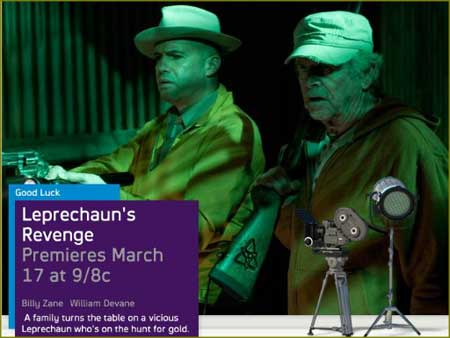 I have also been looking forward to this flick for several weeks now as Numba One, I’m a huge fan of Drew Daywalt thanks to his work on the awesomely bloody & hilarious MTV series, DEATH VALLEY. Number Two, I’m a sucker for Leprechauns anyway and once I found out this starred THE Billy Zane AND the most epically awesome William Devane and would be premiering on the Irish holiday itself, I squashed all plans of going out to drink and instead bought my bottle of Jameson along with some corned beef brisket and my extremely high hopes and had them all by my side and was about as “GIGGITY” as I’ve been for a premiere in a long time.

I was not disappointed in the least – Daywalt had very gory kills with nice surprises thrown in and kept the pace moving along at the perfect clip. Writer Ferrante, who even though I ripped apart his script for SCREAM OF THE BANSHEE in a review last year, I am actually a huge fan of thanks to BOO, HEADLESS HORSEMAN, and HOUSE OF BONES. So my ripping last year was nothing personal – just my disappointment at how BANSHEE turned out since as a writer I hold him to a pretty high standard. To me, LEPRECHAUN’S REVENGE is his finest script yet!!

Again, I know what you’re thinking…I usually don’t get this gushy over a SyFy premiere unless it’s some over the top, cheese-filled giant genetically mutated and/or spliced together and/or giant prehistoric creature let loose to destroy the world or do battle with another creature of the same ilk type of flick, and you’re very right. But, I can be tough on those too (just ask the makers of SAND SERPENTS) if they’re poorly done. But this…this is a creature of a different color, literally, and it took me by surprise in the best possible way. 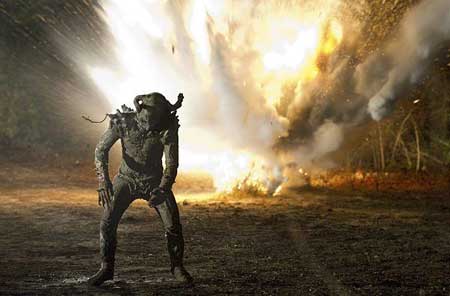 Awesome, bloody kills (and plenty of them); sharp, snappy dialogue; incredibly kickasstastic actors/actresses; a story I could get behind; heroes I could cheer for; a creature I loved; and one total “WHAT THE FUCK??!!” out of nowhere bonding moment explanation in the final minutes that had me simultaneously laughing, shaking my head, then cringing; all wrapped up into one big blood-soaked package. I’m actually pissed that this flick was a SyFy Saturday movie…I could’ve very easily sat through this one in an actual theater and would not have felt in the least bit cheated or enjoyed it any less. Bravo, After Dark Films, you’re back in my good graces. Everyone else involved in LEPRECHAUN’S REVENGE, I salute you, and I want a damn sequel sooner rather than later. Dare I say it? Oh yeah, I dare…best SyFy Saturday premiere EVER!!!!