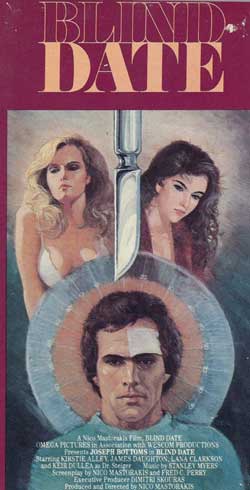 A man goes blind when remembering his lost girlfriend, but the doctors can’t find anything wrong with his eyes.

If your trying to track down this old 80’s thriller, you might have to dig thru a few VHS bins. The major key element here is an early film starring a much younger, trimmed down and ragingly hot Kirstie Alley. Now the other hardship of course, is that this shares the same title as a few others which sport the “Blind Date” marquee. Have no fear as this one doesn’t star Bruce Willis or Kim Bassigner. 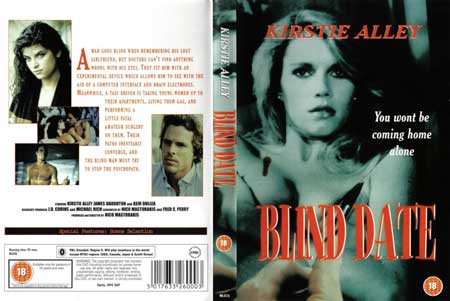 Now, this isn’t Kirstie’s first rodeo as she really made her mark in 1982’s “The Wrath of Khan”, however it still is a hard to find title that also had her starring in another film that year titled “Runaway” (ya the one with Gene Simmons as the villain)

Alley stars as Claire Simpson the office co worker assistant to the very 80’s styled Jonathon Ratcliff (Joseph Bottoms). From what I could tell, Ratcliff is a new account executive who is on an overseas assignment. The assignment is more for eye candy sporting a number of swim suit wearing models posing for a TV commercial. While on assignment, Ratcliff notices that one of the females “might just be his old girlfriend Rachel (Lana Clarkson). Rachel obviously left some kind of lasting impression on him (one that seems to also reject Clair from becoming his main squeeze). 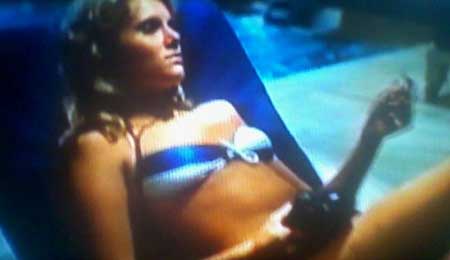 In a effort to find out if this lady is his old girlfriend, Jonathon decides to become a weekend stalker. Better yet, he runs into a tree when being chased and knocks himself blind and unconscious. The blindness is permanent and yet unexplainable.

Now by this point your probably wondering where the horror is…well I forgot to tell you , the film begins with a slasher who likes to draw on women and then cut there hearts out…or something of that nature. 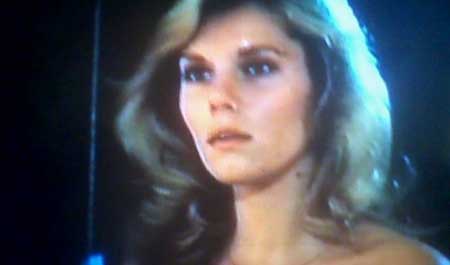 Ratcliff is given a second chance at sight. After his sight issue is determined to be clinically puzzling (meaning his eyes should be fine) he is approached by a experimental doctor who promises him the ability to see thru a new sonar radar technology. The vision will be limited only to outlines, but Ratcliff will be able to function in the world with a computer generated grid system that is surgically implanted into his nervous system.

Ratcliff despite being only able to see outlines, becomes determined to protect his former love interest Raquel. Raquel is dating a man named David (James Daughton), who’s somewhat smug demeanor might prove to be not what it seems. As Ratcliff begins to put clues in place, he finds that his handicap may just be the edge needed to capture a killer. 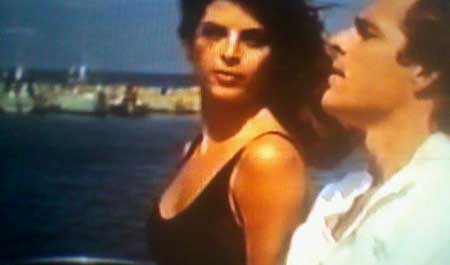 Viewing now, may appear to be too “retro early computer” some viewers tastes, however I feel the pong looking graphics are important to document our growth in cinematic progress. 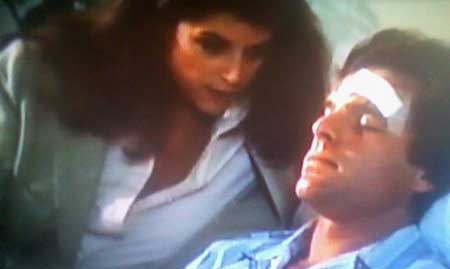 As a horror film “Blind Date” wont really suffice for true horror fans, due to its more drama driven nature. The film “feels” like it should be about this mystery slasher, but ends up being more about Ratcliff’s lack of sight. This blindness enhanced by technology actually proves to be more interesting than the kills which play more of a background agenda.

“Blind Date” was directed by B-movie filmmaker Nico Mastorakis. The film takes a Hitchcock influenced approach with its use of suspense framing. 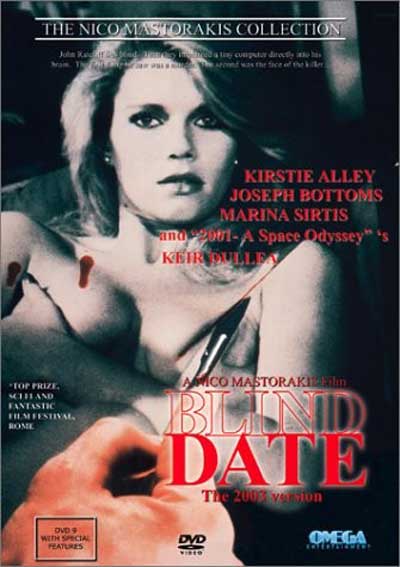 The film has probably survived on some level due to the renewed interest in Kirstie Alley’s career. Fans of Alley will want to experience her early beauty and onscreen charisma despite the film being a few levels above a snooze. 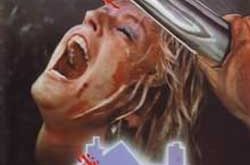