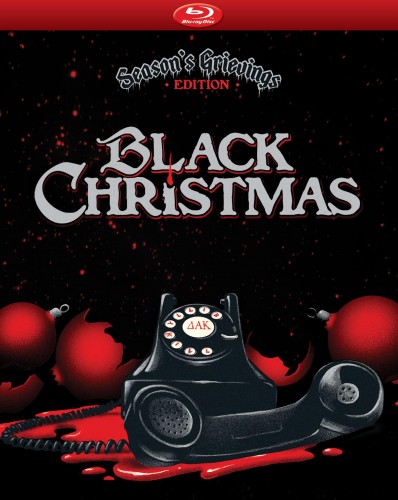 A lunatic seen only in synecdoche takes refuge in a sorority house’s attic during the Christmas season and begins making horrific and truly obscene phone calls to the women on the first floor. A young member of the sorority disappears and a desperate search for her return ensues. As the police and house members look for her, other people begin to disappear.

At the end of each year, there are websites that ask their readers to pick their favorite Christmas film. The answers are fairly predictable: It’s A Wonderful Life (1946) and Miracle on 34th Street (1947), and then there are some surprises like March of the Wooden Soldiers (1933) and The Man in the Santa Claus Suit (1979). My own personal favorite is a seemingly odd choice: the late Bob Clark’s masterful 1974 thriller Black Christmas. I consider this film to be one of the best horror films ever made. It is incredibly scary and at times wildly hilarious (it should come as no surprise that Mr. Clark also directed Porky’s (1981) and A Christmas Story (1983). I have never seen a thriller walk such a tightrope and manage to juggle both of these extreme emotions successfully. More than that, however, it’s a film that gets Christmas completely right.

Every last detail is there: from the Christmas trees, to the Christmas lights, to the Christmas carolers who sing at the front door, to the depiction of the extreme cold. Black Christmas, though frightening, is the most Christmas-feeling film that I have yet seen. Lewis Jackson’s You Better Watch Out (1980, aka Christmas Evil) also does an admirable job of getting the Christmas feeling right, but Black Christmas is simply the best. It’s one of those films that was released under other titles. Its original title, Silent Night, Evil Night, is rarely used now, at least here in the States. I think a lot of folks confuse it with Silent Night, Deadly Night (1984), a truly tasteless take on Christmas evil. It was shown on television about 30 years ago as Stranger in the House (not to be confused with Wes Craven’s Stranger in Our House from 1978, which was based upon the novel Summer of Fear which was released theatrically in Europe under that title and also appears on the movie marquee in Wes Craven’s Deadly Blessing, and Jeff East is in both of those movies…all right, sorry, getting carried away…)

Black Christmas was one of the earliest known films to introduce the obscene phone call as a device to make the audience uneasy. This is a plot point now often regarded as cheap and predictable because it has been used so often. Unlike most other horror films, which tend to use an omniscient point-of-view to create scares, Black Christmas also gives us the killer’s point-of-view, so we see what the killer sees, albeit through a distorted lens. The effect is truly chilling.

The story consists of a group of young women living in a sorority house in Toronto, Ontario that becomes the target of a vicious cycle of the aforementioned obscene phone calls. Given that the film was made in 1974, the phone calls themselves are truly unnerving and sexually explicit, done brilliantly by an uncredited Nick Mancuso. Various events transpire to point the viewer in the direction of who may be the real killer, but we’re constantly thrown off-guard. 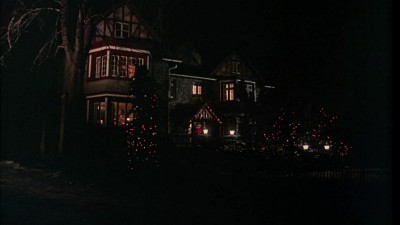 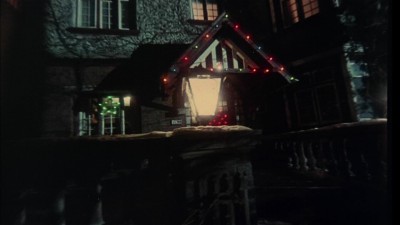 Black Christmas represents horror filmmaking at its pinnacle. A strong story and equally good performances by Olivia Hussey, Keir Dullea, Art Hindle, and Margot Kidder make for an appealing cast of characters. What impresses me the most about this film is that it is not exploitive or insulting to the main characters. Ms. Hussey portrays Jess, a young woman involved with Peter (Keir Dullea). Jess is pregnant and wants an abortion. Peter does not, and this becomes a central plot point (the Roe vs. Wade decision was just over a year old by the time this film was made). As the primogenitor of so many careless, promiscuous, and generally brainless female characters who get themselves into trouble or worse, killed, Ms. Hussey’s portrayal of Jess is refreshingly mature. She’s a strong-willed 24 year-old who decides she wants an abortion while aiding as best she can in the search for Claire Harrison (Lynne Griffin), one of her sorority sisters who has been missing. Ms. Hussey delivers a sympathetic and convincing performance of a woman whose mind is made-up. 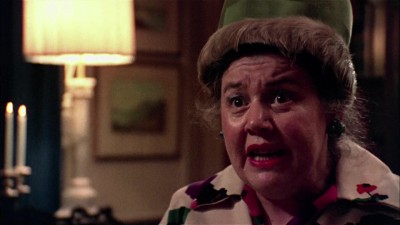 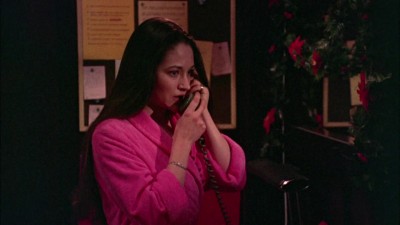 The film benefits from a leisurely pace and a slow and deliberate build-up to suspense, even though the audience is privy to the killer’s whereabouts. It also contains something that you rarely if ever see in a horror film: one of the characters breaks down emotionally, knowing deep down that their missing sorority sister is dead. This scene is just one of many that give the film a humanity that is sadly lacking in so many of its imitators.
Doug McGrath is priceless as Sergeant Nash, the clueless police officer who thinks that “fellatio” is a new telephone exchange abbreviated as F.E. Marian Waldman practically steals the film with her portrayal of Miss MacHenry, the woman in charge of the sorority house. 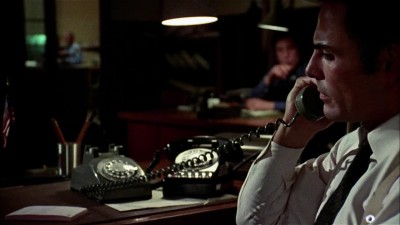 The most amazing aspect of this film is the ending – you really won’t believe it. 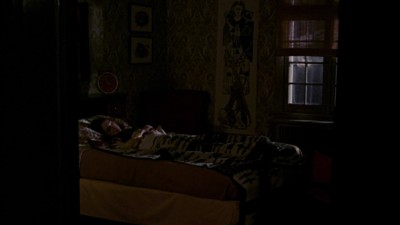 I have owned Black Christmas on VHS, laserdisc, and the three DVD versions (there was a Blu-ray released also). Black Christmas has been released again, this time for its 40th anniversary. With brand new artwork by Gary Pullin, the new Blu-ray is a must-have for fans of this film. While porting over nearly all of the extras from the past three DVDs (the first one from Critical Mass only had two interviews at two minutes each if I recall), the disc has some new extras:

– Billy Is Watching: a commentary with Billy himself (Nick Mancuso as Billy)

The remainder of the extras are ported over from past releases:

The actual transfer of the movie appears to be similar in quality to past releases, though a little richer. All of the images that I have provided are from the new Blu-ray. Whether or not the film’s original camera negative (or even interpositive) still exists, I have no idea. If that day ever comes, this Blu-ray will be a welcome addition in the interim.

A remake was released in 2006.  The poster was creepy, but the film, in which Andrea Martin plays the house mother, follows standard horror film cliches and cannot hold a Christmas candle to the original.