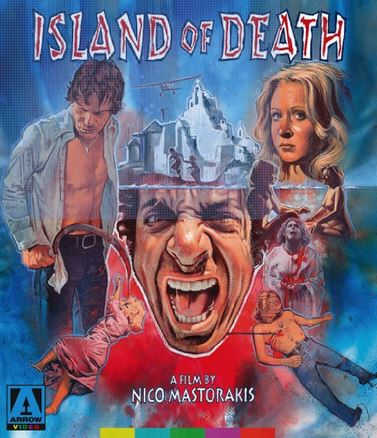 Christopher and Celia are enjoying a vacation on the Greek island of Mykonos. Disgusted by what he perceives to be rampant immorality among the locals, Christopher embarks on a crusade to purge the island of its perversions, and Celia is only too happy to lend a hand. After numerous acts of humiliation, rape and murder, they are forced to flee from the authorities. An encounter with a barbaric farmer not only changes their circumstances drastically, but also sheds light on the origins of their ruthless sadism.

Nico Mastorakis’ Island of Death may not be one of the most famous video nasties, but it certainly is one of the most twisted films on the list, wallowing in an endless series of inventively repellent acts of degradation. It’s also unique in that it is a Greek production, although filmed in English with American and British leads. It is hard to think of other Greek films that inspired such global controversy in the wake of this one – at least until the recent films of Yorgos Lanthimos, such as Dogtooth and Alps, caused a stir decades later. 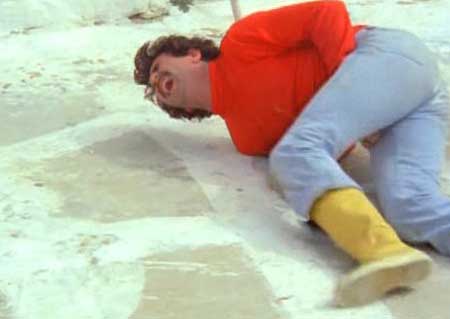 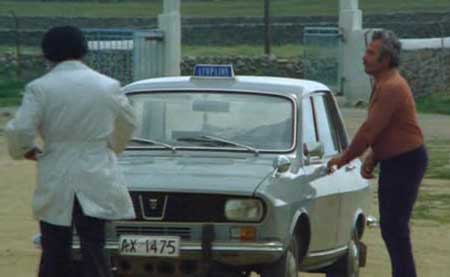 Island of Death begins with a brief fragment of its climax, which shows Christopher (Robert Behling) suffering at the hands of his wife Celia (Jane Lyle). The scene quickly transitions to a rosy beginning, as the couple approach the beautiful island of Mykonos by sea. We know they have a peculiar relationship when they decide to screw in a phone booth – while connected to his mother for the occasion. She is rightfully appalled; little does she know that her son tends to express his Catholic guilt by sodomising goats and urinating on elderly women.

It becomes apparent that these remorseless natural born killers are on a mission to punish, in the name of God, anyone who indulges in acts of perversion. The irony is, of course, that they resort to utterly depraved methods themselves. At first, they appear to be poster children for everything conventional, middle-class and “normal”, so when the abnormalities start to crash through the gate in quick succession, the effect is both startling and stupefying. 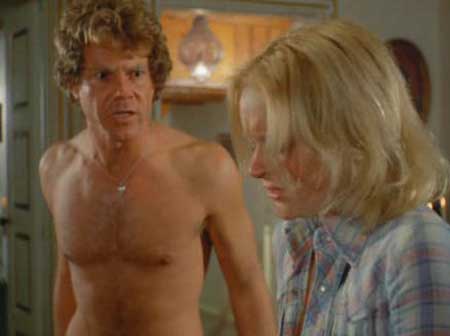 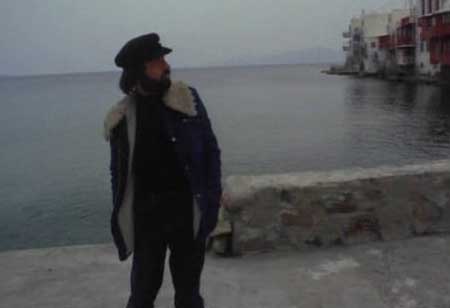 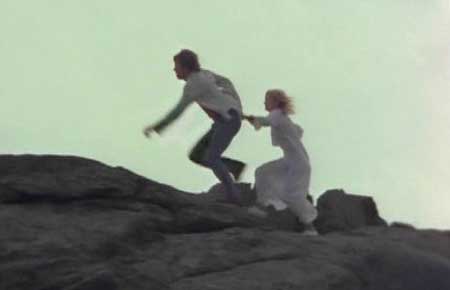 After finding his wife unresponsive to his amorous advances one morning, Christopher goes out and leaves his DNA in some poor goat’s digestive system, before slaughtering it despite (or because of) its submissive vigors. Then, together with his wife, he turns his attention to the human element. They crucify a horny French tourist and pour paint down his throat, later slaying a newly engaged gay couple. Christopher also gives an aging sexpot a golden shower before decapitating her with a bulldozer, harpoons a sleazy hippie, and gives a lesbian heroin addict an aerosol blowtorch facial after injecting her with a lethal dose.

This is all enacted to a lush soundtrack of operatic balladry and Sunday school folk rock, by way of some vaguely Mediterranean motifs. The exotic locale is photographed like a Penthouse spread of similar vintage, with candles and reflections of sunlight on the sea filling the frame with starbursts of softcore seduction. At the same time, the use of disorienting wide-angle lenses (despite the restrictive 4:3 aspect ratio) boosts the freakishness of the endless parade of repulsive imagery. 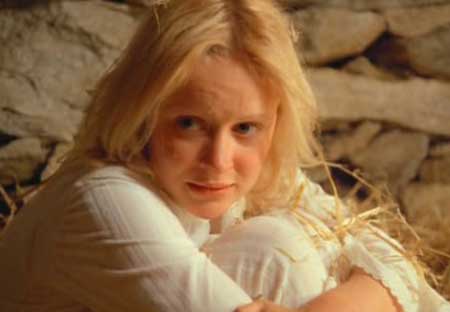 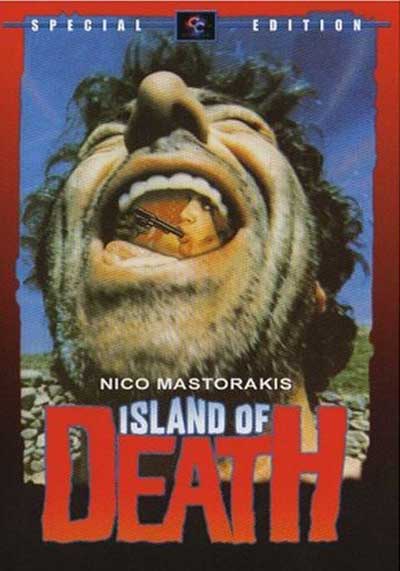 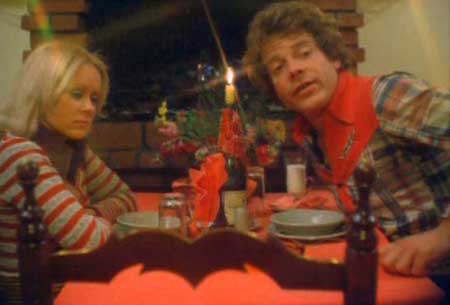 Writer/director Nico Mastorakis failed to live up to the reputation he carved out with his debut film, and his name was eventually lost in the sea of dreck overflowing from video shelves in the ’80s and beyond. It’s debatable whether Island of Death did the Mykonos tourist board any favors either – not unless they wanted to attract fringe thrillseekers or Zorba the Sheep Shagger. If the island belongs to the “innocent”, as defended by Christopher, then we should probably leave them to it.

Island of Death is now available on Bluray per Arrow Films