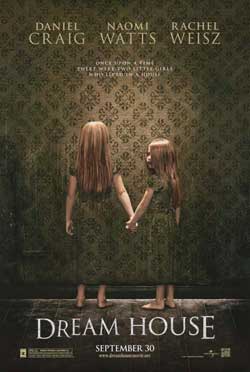 Soon after moving into their seemingly idyllic new home, a family learns of a brutal crime committed against former residents of the dwelling

One of the horror entries for 2012 hoping to gain box office return by featuring top namers Daniel Craig, Rachel Weisz, and Naomi Watts, is a psychological thriller by the name of “Dream House”. While it only pulled in half of what the budget costed ($55,000,000), it still turned out to be a pretty interesting story and concept. 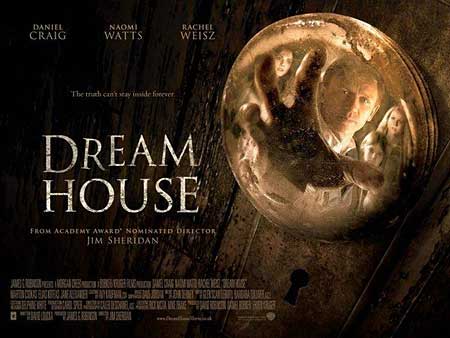 “Dream House” stars Daniel Craig as Will Atenton. Will has quit his publishing job in New York in order to spend more time with his family. His family consists of Libby (Rachel Weisz), and his 2 daughters Katherine and Beatrice, ages 5 and 8. 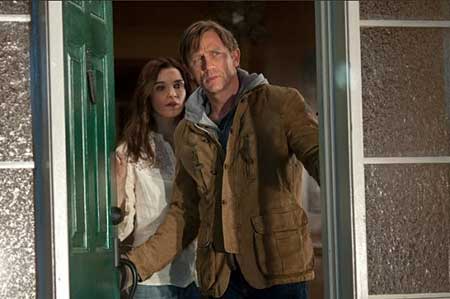 As he returns home, to what we understand is a newly purchased residence, he is once again joined with his loving family. All seems rather cozy and quaint as the family enjoys their time together in the little town of New Ashford. 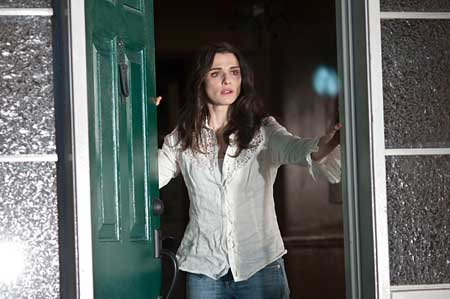 Shortly after, they start to sense that a few things aren’t exactly right. They begin to see strangers lurking in the yard, a group of kids graffiti’s their basement and the neighbors at best appear quite stand off-ish and distant. Ann Patterson (Naomi Watts), who lives directly across from them, watches with a rather cold stare.

One of the things about this film is that some of the plot was given away in its debut trailer. So beginning reveals are not necessarily spoilers in this case as we have already been told about what the circumstances are. These circumstances are that a killer murdered his family 5 years ago in this very same house and was locked away at Green Haven Psychiatric. 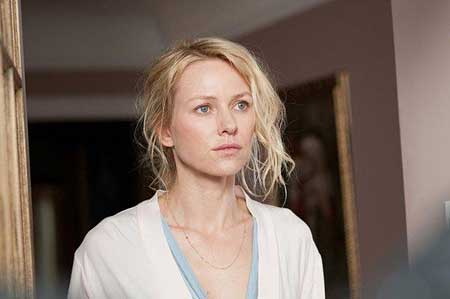 The father was said to have murdered his wife and daughters without being convicted. The killer’s name is Peter Ward, though much is yet to be discovered. As Will is driven to find out more about his house’s past, he begins to inquire around town about the details while paying a visit to the hospital himself. 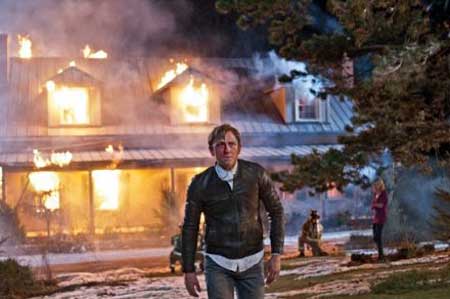 Upon speaking with the doctor in charge, Will discovers thru a series of videos conducted on Ward, that he is in fact the “same person”. Ward was admitted with a head shot wound from the incident and spent the last several years trying to deal with his family’s death. Obviously let go once facilitated, Ward has regained sanity but still lives in a dream world that functions to full extent with his deceased family. This aspect is cleverly swapped back and forth thru a 2 set structure that morphs between the dream house and the now-condemned version in reality. 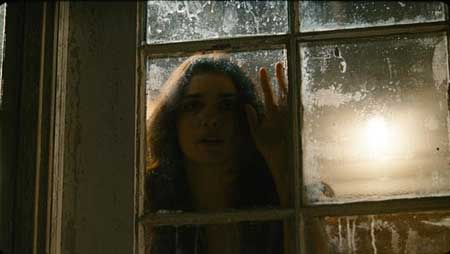 Libby still continues to console Will while also playing a big part in the story. This psychological aspect is assumed to be all fiction, but at some point switches into a supernatural experience laying the foundation for some tricky storytelling. 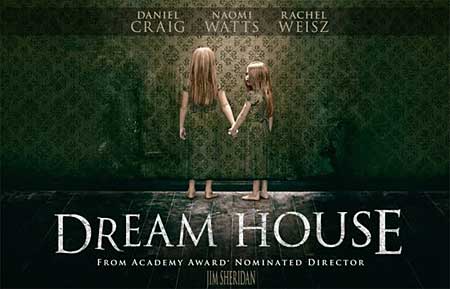 “Dream House” plays on a few ideas really well that could have been lost in transition. They are laid out in a consumable fashion, thanks to the work of director Jim Sheridan. With a plot that lives within a sometimes psychological fantasy world, viewers might find themselves trying to put together premise connections. I felt, that the film took on this idea really well keeping within a structure that answers all the necessary questions. If the trailer appears to give the whole ball of wax away to viewers, have no worries. This film is centered around a mystery tale that has alot more to offer beyond its opener ideas. Naomi Watts does a great job as she becomes more integrated into the reveals of the story working a perfect union with the additional team of Daniel Craig and Rachel Weisz. Daniel Craig brings his heightened emotional states when needed while never going too overboard for the more docile character he is portraying. I recommend this as a great movie that while rooted in a horror foundation is more of a thriller ride perfect for a adult gathering viewing. An exceptional work tied around a great script.