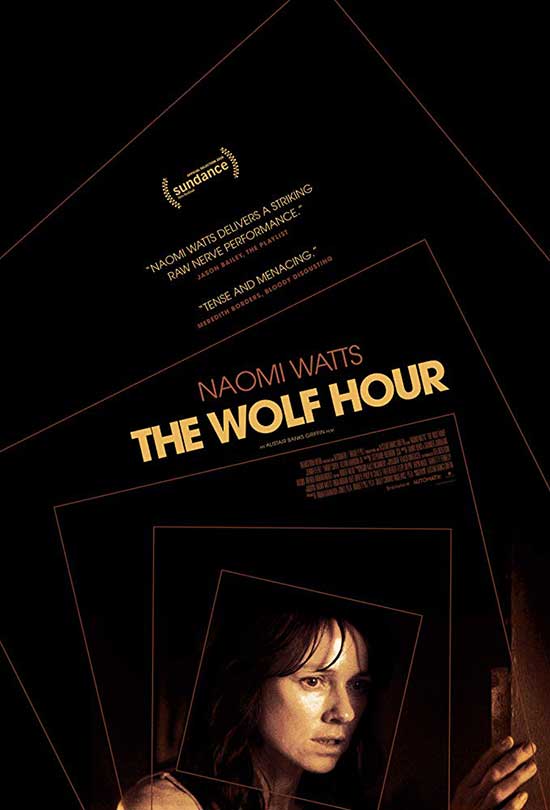 June was once a known counter-culture figure, but that was a decade ago. She now lives alone in her South Bronx apartment, having all but cut herself off from the outside world. It’s the notorious “Summer of Sam” and June only has to look out of her window to see the violence escalating with the brutal summer heat. The city is on a knife’s edge, a pressure-cooker about to explode into the incendiary 1977 New York blackout riots.

Summertime in New York in 1977; Author June E. Leigh is an author suffering from agoraphobia and refuses to leave her apartment. Refusing to leave her apartment, she has her food delivered and has only her radio and phone to hear what is going on in the outside world. Any attempts to walk outside are met with extreme panic attacks. Between the bad news that she keeps on hearing from the media and the regrets that are weighing down on her, she has trouble healing. All of this is coming to a head as the city starts to break down into anarchy.

June E. Leigh (Naomi Watts) has not written a book in four years. She doesn’t leave her apartment. Her groceries are delivered, she pays her rent by sliding her money under her door to the landlord, and she gets freaked out when someone keeps on ringing her doorbell. It’s to the point that she can’t even take out her trash to the curb on her own, first trying to lower it of her window with a rope, and then paying someone to take it out for her. The movie does well in showing how bad June’s condition is. She is a sympathetic character who is in a bad situation, and is too afraid to get out of it. It’s just too bad that she is just so unlikable for the first half of the movie.

The first character that June interacts with is her new delivery boy, Freddie (Kelvin Harrison Jr.) She scolds him for being late and yells at him for calling her “lady”, even though he doesn’t know her name. Later she even accuses him of stealing her carton of cigarettes. When she calls her friend Margot to ask to borrow money, Margot suggests coming over to see her. Though they have some good moments together, June treats her friend with disrespect, even demanding that Margot leave after receiving complaints about some of June’s latest writing. While this could be chalked up to June’s depression, dialogue between her and Margot show that she was dismissive and rude even before.

June’s inability to deal with the world is shown in her interactions with other people. Ironically, it’s those who are supposed to, or who want to help her who can’t. Her friend Margot just upsets her, and the officer who comes in to help her with the doorbell dasher outright harasses her. Instead it’s delivery boy Freddie and the escort who give her the most help in moving forward.  After asking Freddie about his scarred arm, he tells her what happened and gives her his worldview; “The world only gives back what you give it”. She also gets along well with Billy (Emory Cohen), the escort that she hires, who tells her a story of how he got over his arachnophobia. The impetus that finally allows her to heal the most is her desire to help one of the people that she met.

There is a lot of focus on the doorbell that someone keeps ringing. There is one line in particular that brought my hopes up, that excited me because the line was delivered with such fear and conviction, that I was convinced that there was something frightening just around the corner. While talking with her friend Margot about her doorbell that someone keeps ringing, Margot asks if the delivery boy had seen her apartment. June responds with “Yes, but it’s something much more sinister than that.” It’s a line that just drips with foreshadowing, a line that would unlikely be spoken by anyone in real life. So what is it, this sinister reality? Nothing. We never find out. There is a lot of build up with the doorbell and yet nothing ever comes of it. Escort Billy suggests that whoever is ringing the doorbell may be trying to get June to go outside and face her fears. I appreciate the symbolism of the doorbell being representative of June’s thoughts and feelings, but with so much emphasis being placed on it in action and dialogue, it was disappointing that we never find out what was going on. 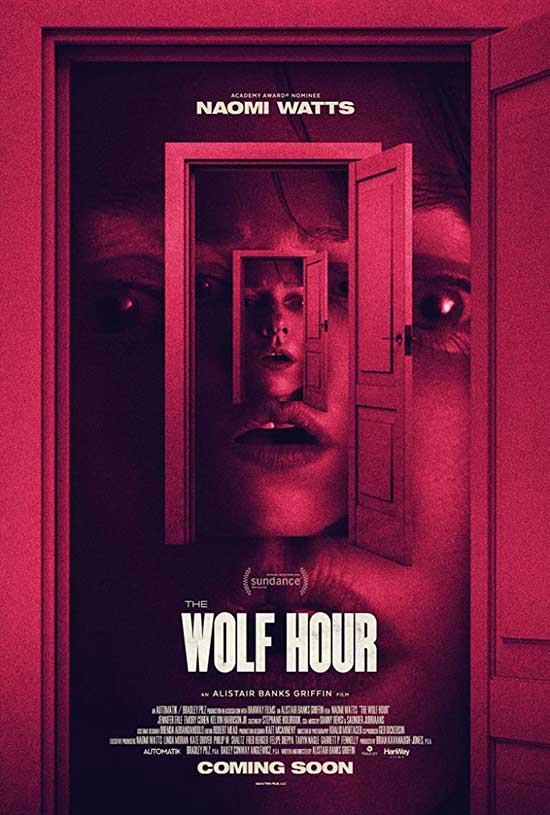 There might be a twist in the entire movie, and if there is, it is actually rather clever. During an interview after finishing her second book, the interviewer asks if the book may be semi-autobiographical. June responds with a smirk. The idea that the movie was a retelling of the book would explain some of the odd things going on, especially in regards to the ending. The last twenty-five minutes of the film are rather confusing. June seems unable to contact many of the people that she had interacted with throughout her time in her apartment. She acts confused and insulted because no one seems to know who she is talking about. The annoying part of it is the fact that I can’t figure out if it’s a clever twist, or bad writing.

The Wolf Hour is both awkward and strange, probably by design. While I didn’t like this movie at first, just trying to figure out what was going on started drawing me in. It is because of this that The Wolf Hour receives my recommendation.This is a strange film that has just enough intrigue to be interesting.