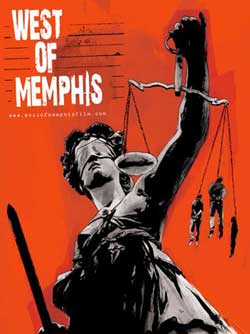 West of Memphis is an examination of a failure of justice in Arkansas. The documentary tells the hitherto unknown story behind an extraordinary and desperate fight to bring the truth to light. Told and made by those who lived it, the filmmakers’ unprecedented access to the inner workings of the defense, allows the film to show the investigation, research and appeals process in a way that has never been seen before; revealing shocking and disturbing new information about a case that still haunts the American South. 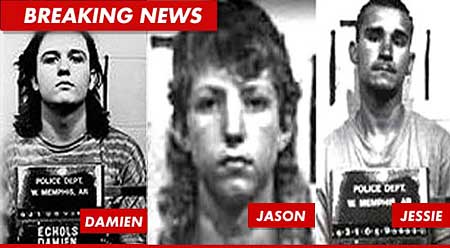 For more information about this case, please check out my other reviews here, on Horrornews.net for the documentaries; Paradise Lost: The Child Murders at Robinhood Hills, Paradise Lost 2: Revelations, Paradise Lost 3: Purgatory (and the books), Devil’s Knot and The Blood of Innocence or www.wm3.org  Following The West Memphis Three case for over two decades (since the original documentary Paradise Lost: The Child Murders at Robinhood Hills aired on HBO in 1996), it was a great pleasure and honor to attend the Sundance Film Festival’s Nashville,Tennessee screening of the latest celluloid journey into the small town, now globally known as West Memphis, Arkansas… West of Memphis. Everyone from the wrongfully convicted, Damien Echols and Jason Baldwin, to the victim’s families, the Hicks (Hobbs) and Byers were in attendance. Jessie Misskelley and a few others could not make the screening. Jessie likes to stick more to his self and out of the spotlight now, and I don’t blame him at all. He is trying to move on with his life. 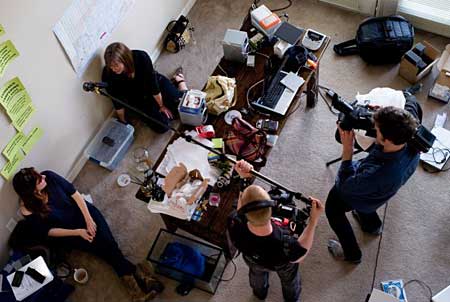 A group of others attended a pre-party at The Hardrock Café in Nashville, Tennessee before the film started to formally meet one another and have a few drinks or whatever each individual wanted to consume before the viewing. Not a speck of food was ordered due to the anxiousness that swirled in our collective stomachs. Groundbreaking evidence was about to be revealed. The film was superbly directed by Amy Berg (Deliver us from Evil). Amy takes no prisoners at getting her point across the screen. She will shock and disturb the viewer to pound the point and images into one’s mind. Her approach is very effective. Exclusive interviews are shown, recanting what some, such as Michael Carson claimed in the original trials. The damning mouths debunk their own accusations, complete with bashing themselves in the process. West of Memphis demonstrates the 2007 findings by several different Pathologists (that knew what they were talking about this time around, as opposed to the one at the original trial with his serrated knife theory… I won’t mention his name here) that turtle predation was the causing factor of the identical marks left on the murdered boys’ bodies and degloving of the penis on one of the boys in a shocking sequence of self-induced turtle attack on a man’s arm and a dead hog corpse left in water. Amy directs grippingly chaotic, brutal and frightening underwater camera angles during the hog attack that some audience members could not bear to watch. 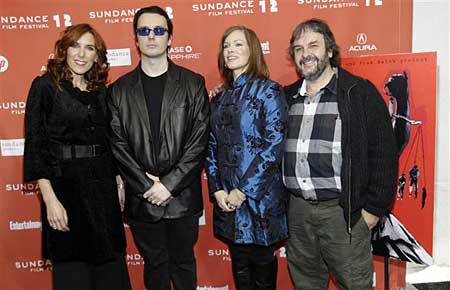 There are interviews with Damien, about Jason and his art when they were in school. This segment got a laugh from the audience. It is probably the only time anyone has heard him use swear words, other than those very close to him. It threw most off-guard. Jason is interviewed as well, along with Henry Rollins, Johnny Depp and others. A heartbroken Amanda Hobbs was one of the hardest segments for me personally. My heart goes out to her. She is a very brave girl that is mixed up in a lot of turmoil that has swirled around her through her entire life. 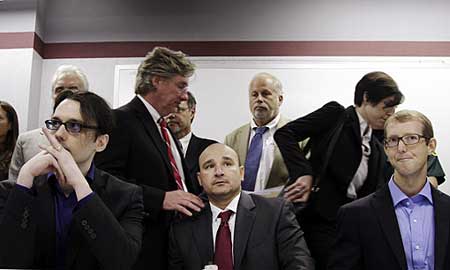 Although there was public press about the film makers of this documentary and the Paradise Lost film makers, West of Memphis gives several nods to the Paradise Lost series throughout. Clips are shown as tie-ins to the case and how one of the fathers (Mark Byers) went from suspect and condemner to full – on supporter of The West Memphis Three. Just when longtime supporters thought that they had heard and seen it all before in the past few years, three new ear-witnesses (along with the two other eye witnesses that recently spoke up) come forward with stories of overhearing the new prime suspect in the case consoling with fear and regret. The new DNA evidence is even brought into the light, which made media headlines during the original Utah viewing by a simultaneous press release. The new suspect has threatened to sue many over speaking out and recently in the news, Peter Jackson says he welcomes the suit. This documentary is NOT TO BE MISSED. Amy Berg is one film maker to be reckoned with and she tells it like it is, if the timid eyes of the viewer wants to see it, or not. 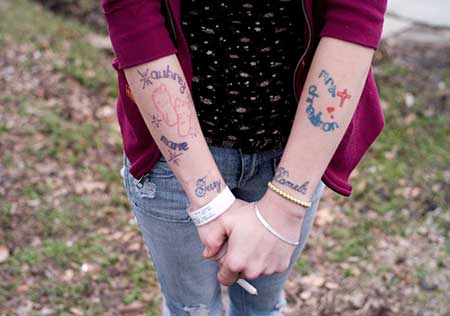 This documentary, West of Memphis, along with Paradise Lost 3: Purgatory, should both receive simultaneous theatrical releases. While the Paradise Lost series introduced the world to the case, West of Memphis brings it to a disturbing close right before our very eyes. It is now up to the State of Arkansas to do the right thing… Arrest the true culprit, and exonerate the wrongfully convicted that have lived with this for so long, so all six families and the three victims can rest in peace. 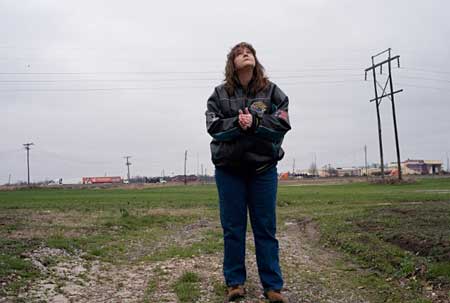 I give this film, West of Memphis, FOUR (JUSTICE PREVAILING, EMOTIONALLY CHARGED) HORNS UP.