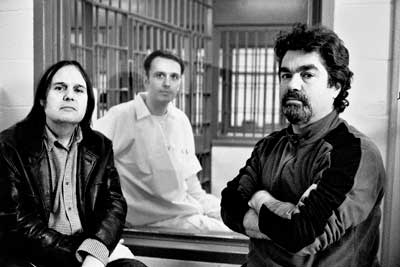 Hello, True Crime buffs and seekers of truth, justice and the American way (or is it). Joe Berlinger and Bruce Sinofsky (Metallica: Some Kind of Monster and Brother’s Keeper), THE DYNAMIC DUO of DOCUMENTARIANS, have returned for the third installment of the PARADISE LOST series. Paradise Lost III is subtitled PURGATORY. In the third chapter of this award winning documentary series, we get the same feel that gripped viewers by the throat and kept them coming back for more in 1996.

Some say that there are films that will keep you talking for days, weeks, or maybe even months after viewing… Try eighteen years of solid conversation, and because of these amazing documentaries by HBO Films, investigation by top forensic experts and motivation from supporters across the world. Some of the more notable [due to the media] support has come from everyone including Trey Parker, Matt Stone, Kevin Williamson, Axl Rose, Wynona Ryder, Henry Rollins, Tom Waittes, Phil Anselmo, Roger Ebert, Rocky Gray of Evanescence, Peter Jackson and Sting. Noted and interviewed in the newest of the series are Writer, Mara Leveritt, Musician/Dixie Chick, Natalie Maines, Musician, Eddie Vedder of Pearl Jam and Actor, (who needs no introduction), Johnny Depp. It may seem like, to those viewing this particular documentary for the first time that these celebrities are the only support that Jason, Jessie Jr. and Damien have received while in prison. This assumption would be far from the truth. Since the original Paradise Lost: The Child Murders at Robin Hood Hills aired on HBO in 1996, supporters from all over the world have joined the fight against the injustice of their convictions, and the release of all three men. There has been a massive following of thousands from all walks of life, including parents, wives, husbands, sisters, brothers, Teachers, nationwide law enforcement and everyday people. Several benefits, rallies and other social events have been held to raise money and awareness for justice to finally see the light. 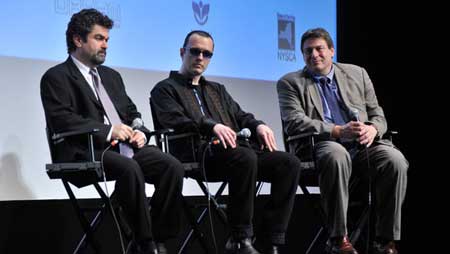 In Paradise Lost III: Purgatory, the Film makers, Joe and Bruce, capture every bit of the progress of this grassroots movement that has meant so much to so many for almost the last two decades since The West Memphis Three’s trial and arrest to their surprise release in August of 2011. The film starts with flashbacks of the original and the crime scene footage, and of course, Metallica providing the soundtrack… which many wouldn’t have it any other way. This film catches everyone up-to-date for those seeing part three as their first introduction into the series. Purgatory also uses outtakes from the original to reveal even more shocking mysteries of the case that has brought us where we are today. New DNA evidence points at a stepfather, which was interviewed in the film along with his family.

Forensic experts explain why animal predation caused the marks on the three victims, once believed to be caused by a knife in the original trial. All of this wraps up with the bittersweet release of the three men by the controversial legal maneuver known as the Alford Plea, where the convicted is acknowledged that the State knows of their (so-called, in this case) “guilt” while maintaining innocence with time served. It left a sour taste in the mouths of supporters that know of their absolute innocence, and the non-supporters and an angry step father that are sure they are guilty (with no evidence pointing to them whatsoever). Supporters think it is a way of the state saying, “We know that we were wrong in the first place, and you can walk free… but you can’t sue us.” Paradise Lost III: Purgatory is a roller coaster of emotion. There were literally laughs, tears, cringes and cheers throughout the theater. This, in my opinion, is the best of the Paradise Lost trilogy. Hollywood could never dream of making a trilogy with this much impact… and this is far from Fiction. 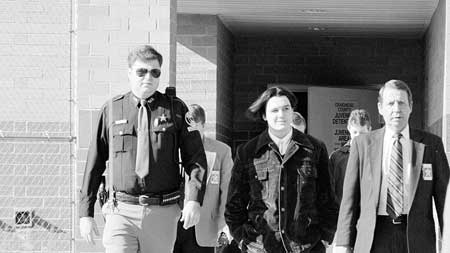 In viewing old-school Horror films, such as The Texas Chainsaw Massacre and The Last House on the Left (R.I.P. David Alexander Hess), some would say that these films have a “documentary feel” to them, because of the shaky camera and such. I may have mentioned this before, but the entire Paradise Lost series absolutely debunks that theory. All three documentaries, from The Child Murders at Robin Hood Hills, to Revelations and finally bringing us to Purgatory, have the cinematography of a big budget Hollywood film. The lighting is top-notch, and does not pulse in and out as some are known to do. The sound is great as with every other technical aspect of this feature. Clips from recent prime time television shows are added to further the updates that have been covered over the years.

Paradise Lost III: Purgatory was granted a limited two week Los Angeles run for an Oscar nomination. Jason, Jessie Jr. and Damien were on hand at the New York Film Festival on the first night’s showing to answer questions in front of a one-thousand plus audience. Jason Baldwin also showed up at the Memphis, Tennessee premiere. I was lucky enough to catch the (Hot Springs) Arkansas premiere, which to me, is the most important of them all. After all, this is the state in which the injustice was originally rooted. Mara Leveritt was in attendance (at all three of the mentioned above screenings, signing her book, Devil’s Knot), along with some of the family members of the Echols family and of course, media galore. The film in its original form first premiered at the Toronto Film Festival and had the new, surprise ending tacked on before the New York Film Festival premiere and the rest of the showings thereafter. Look for Paradise Lost III: Purgatory premiering on Home Box Office (HBO) in January of 2012.