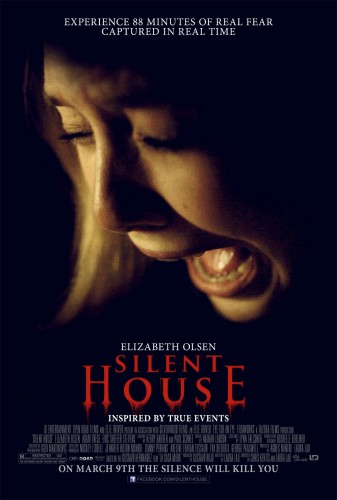 Trapped inside her family’s lakeside retreat, a young woman descends into madness.

“Silent House” is 2011 created film that features the talented actress Elizabeth Olsen, at the focal point. Olsen plays Sarah in this haunting thriller. Usually we get right into the story and how it affected us on a genre level but I believe this film offers something unique that needs a proceeding mention before hand. “Silent House” takes on the taboo approach to filmmaking that incorporates the very difficult 1-shot performance. For those who might not be as savvy to this technique, it involves shooting the entire film with one camera, never cutting or stopping until the entire performance is complete. 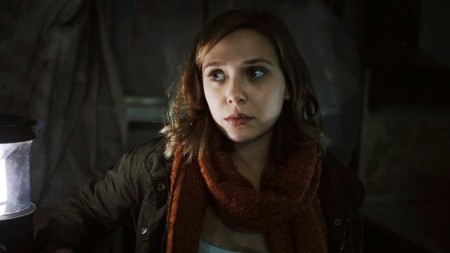 Now its not hard to imagine how difficult this might be relying on your actors to carry out their performance without missing their lines, without changing character or without your camera man not being in the right place all the time. Whether the film is as scary as it should be or not, you still have to respect the idea and the execution for being one of synchronized talent. And with that notion, I kept things open-minded to this factor alone. 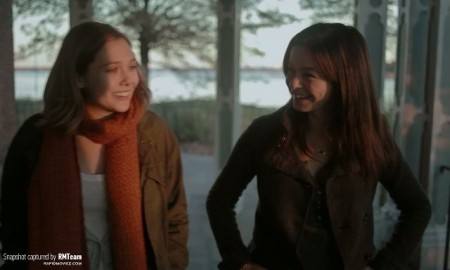 Sarah,(Elizabeth Olsen) her father John (Adam Trese), and uncle Peter (Eric Sheffer Stevens) have taken on the task of renovating their old lakefront house in the goal of selling it. The house needs some work as it has been rarely visited over the years. The movie manages to keep most of the action in the dark (per flashlight and candles..etc) as the windows had to be boarded up due to vandalism (kids shattering windows). At first it seemed odd that it was pure daylight, but that they chose to work in the dark, however I put the pieces together shortly after and figured out why. From a film maker standpoint, it’s a clever move as pure daylight might ruin the haunted effect they are shooting for in the production.

Sarah hasn’t been back in while as we discover from the dialog that claims she looks “so much older” than others who remember her. Sarah also is the first to notice that despite the repair efforts going on, there is also a presence of noises that seem out of the norm to her. This intuition begins our journey as Sarah has to deal with what, who, and why the house might have an unwelcome presence.

I wanted to review this film “without” giving away the surprise final act. I’m sure there will be plenty of other sites that “spoil” that for you, but not here. To keep things in perspective, the film might appear to be another one of “those” haunted house films. It’s not. It does have other intentions which even when you figure it out early on is still not what it ends up being. I admire the film for some of its sequences that would have to be set up before-hand but set out of view. This is easier since much of the film is in the dark but when we do get lights, there are a few cool things that come with Sarah’s character. Speaking of, Olsen does another bang up job by ramping up her emotional level in que with the film’s direction.

“Silent House” is one of those films that you want to recommend for maybe the wrong reasons. The 1 shot filming, the dark ambience setting, the unique ongoing performance and Olsen’s attractive grown up cuteness that alludes its own subtle sexuality. You really want this film to be about scaring the crap out you, though it never does that to full effectiveness. I think its worth being said that given the circumstances it does as good as anyone could get. You have to figure that all the cues, jumps, and moments have to align perfectly in timing with camera and the performances. Not as easily done when you can’t cut away to adjust. 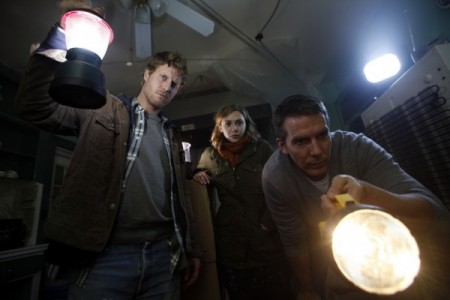 “Silent House” was given a much heralded theatrical release. This has something to do with Olsen’s recent celebrity appeal. However, for genre fans, the proper release would fare better as a rental. This way you don’t feel like you invested 20 something dollars to take a group to a movie that may not live up to production expectations. I will say I really liked the film and wasn’t displeased after it wrapped up. It’s whole production feels different than what we are used to which in my book is a good thing. I will also add that despite using a single camera, it doesn’t have the same feel as all those camcorder cinema verite films. That might be a plus in some viewers case. Great stuff….you should check it out at least once. 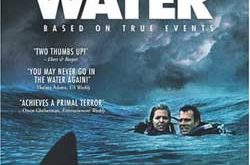