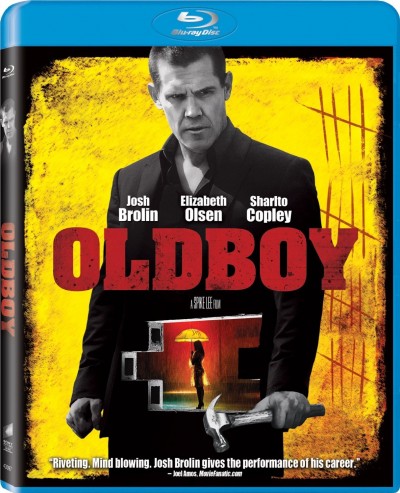 Obsessed with vengeance, a man sets out to find out why he was kidnapped and locked into solitary confinement for 20 years without reason

Oldboy was an underrated smash when it first arrived on the Asian scene back in 2003. Directed by directed by Park Chan-wook, it was one of the great action-genre films that clearly stood above the rest. As we zip forward to 2013, it is director Spike Lee who also saw the great potential this film could have for American audiences. I remember first seeing the original around the time it came out, thinking what a great concept it was. 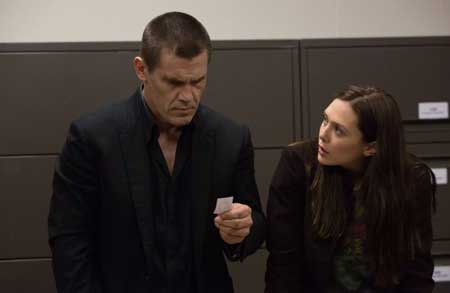 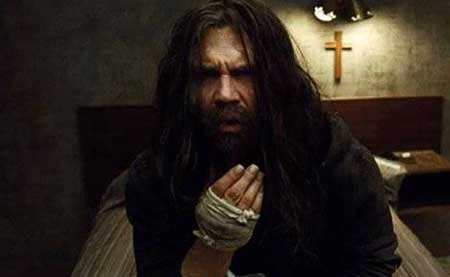 That gave me enough time to forget much of the original plot and outcomes paving way for this remake version to really deliver what it set out to do. “Oldboy” is a highly recommended piece of cinema and storytelling that deserves a proper viewing session from lovers of great film. With much of what turns out these days seemingly rooted in formulas and predictable outcomes, “Oldboy” is one film that will keep you guessing and while still managing to pull quite a few surprises in the end. Fro review sake, I insist that those surprises stay intact for those who’ve yet to see it. In concept, it applies a fresh swing on revenge, though the film also has a certain special quality that is exerted in its main characters dramatics and action sequences. The scenes which I’ll call the ramp encounters have a special cartoon like sense tot them that were inspired by the original. so with that said, lets get into the premise. 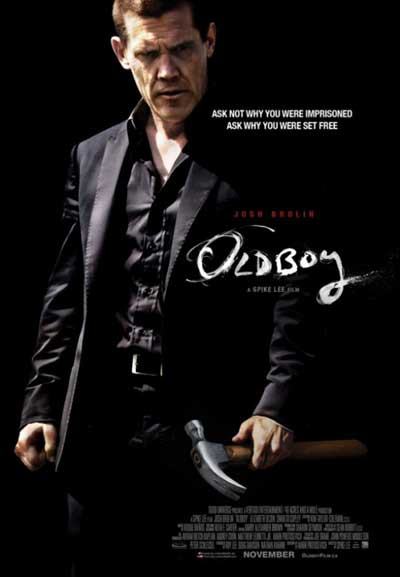 Josh Brolin plays the role of Joe Doucett, an advertising executive who quickly establishes himself as rude, self centered and quite the ass hole. His drinking problem only seems to spiral his lack of interest in human decency paving the way for a character we at first don’t mind seeing hit rock bottom. When he wakes up after one of his drinking binges, he finds that he has been imprisoned in a single room decorated to simulate a hotel. The realization of his new existence doesn’t take too long to cycle him thru the many emotions that come with isolation. As he watches the TV provided for him, he is informed per way of the news that his wife had been murdered and his daughter placed in foster care. Joe Doucett is blamed for the crime based on the irrefutable evidence that had been left behind at the scene. Joe framed for the death of his wife becomes a much publicized murderer who has also mysteriously vanished nowhere to be found. 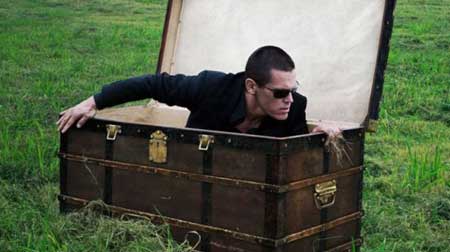 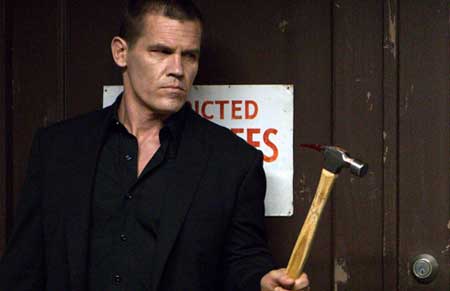 Joe is in fact imprisoned for an undetermined amount of time with no answers to why he is there or who put him there. As 20 years pass by with nothing more than daily meals of Chinese food and a TV to watch the years change, Joe learns to accept his conditions by ramping up his body and fighting skills. Time provides the rehabilitation he needs to condition himself into a unique (and sometimes superhuman) model of revenge. While the story seems like it has come its full circle, it really is only getting started. It is not too long before Joe’s captor is revealed who offers him a unique challenge that will set the record straight and provide the retribution he has been seeking, hand delivered. 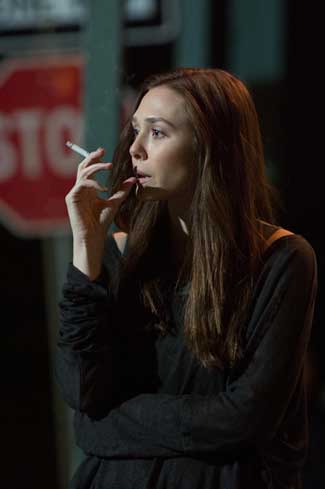 Joe soon meets a social worker nurse named Marie Sebastian (Elizabeth Olsen) who provides a much needed companionship absent from his life for the last 20 years. When Joe begins to seek out answers, his close friends provide the support he needs to begin clearing his name, piecing his life together and smashing a few heads in the process. 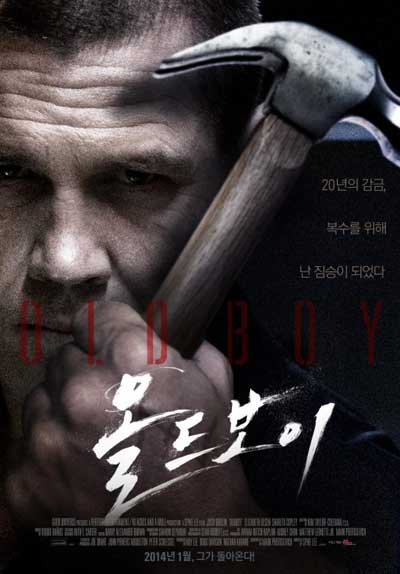 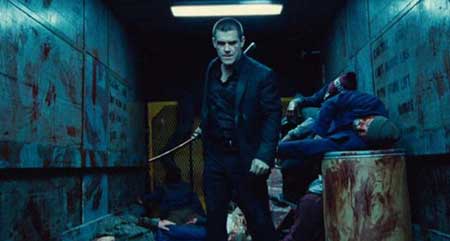 “Oldboy” is easily a “must have” film that will stick with you long after its final act. Would I watch it again, Hell yes…… it has got a special way about it that just delivers on all points. The action sequences are bad ass and can be seen in their entirety in their extended version on the bluray extras. My suggestion is to check it out, as it was clear that the final cut couldn’t support the fight scene length that was originally intended. I’m calling it a hands down smash hit of a film that deserves a place among great cinematic achievements,.

“Oldboy” is now available on bluray per Sony Pictures