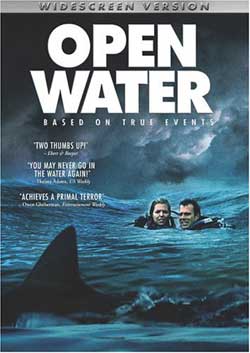 Based on the true story of two scuba divers accidentally stranded in shark infested waters after their tour boat has left.

Open Water is a 2003 horror movie shot on a shoe-string budget about the true story of Tom and Eileen Lonergan, a vacationing couple that went scuba diving in 1998 in the Bahamas and were left out in open sea. The movie portrays what folks suppose happened to them using actors that are fairly unknown, with the exception of Steve Lemme of Broken Lizard that plays an uncredited diver. The camera filters used give the movie an incredibly cheap feel. 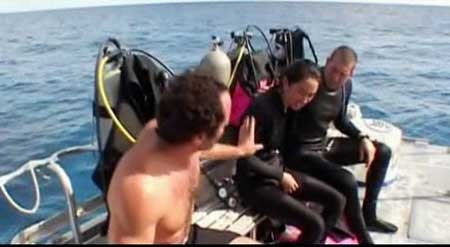 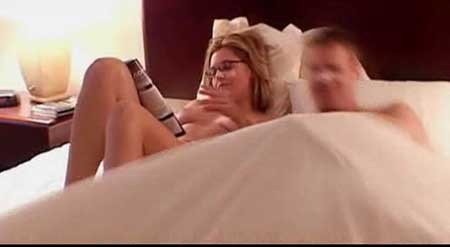 Daniel Kintner, played by Daniel Travis, and Susan Watkins, played by Blanchard Ryan, are a young couple that are having some relationship difficulties. They decide to go scuba diving together and join a group on a on an ocean boat. While on the boat a head count is taken and they mistakenly count 20 instead of the 18 that are there. Daniel and Susan have been left behind in the ocean and the boat is nowhere to be found. 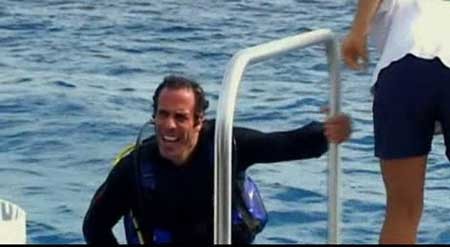 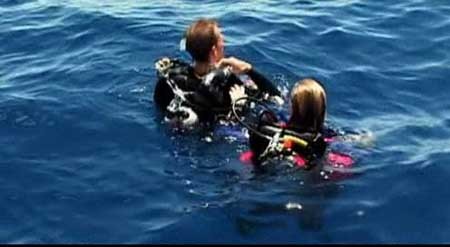 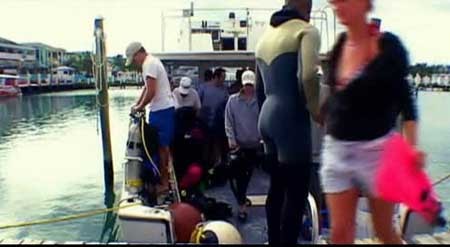 Open Water capitalizes on the uneasy feeling one might get swimming alone in the ocean. There is very little action and considering that the couple finds themselves attacked by both jellyfish and sharks, there is very little actually seen on screen. The sound quality is fairly poor and the film looks like a home video. Why the filmmakers decided upon this is a bit baffling. The dialogue is forgettable and there are not a lot of compelling reasons to captivate the viewer. The thing that this movie has going for it is that it has a creepy premise that is based on a terrible true story. The problem is that it is really not something that needed to be told in the length of a feature length film. This story could probably have a just been a half hour documentary that would have been more interesting. 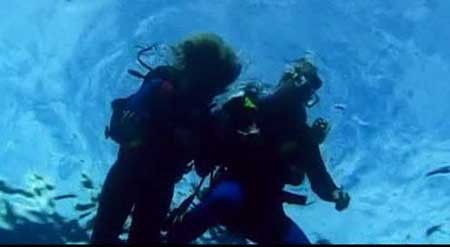 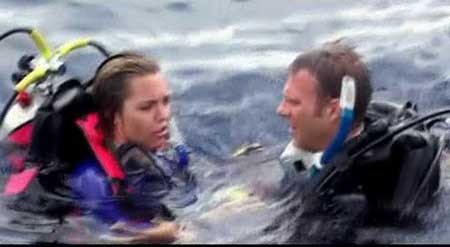 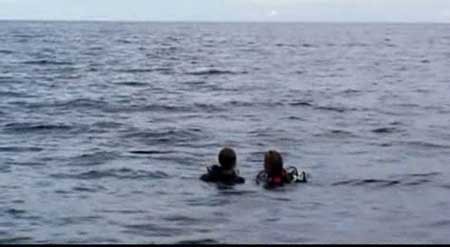 The Netflix sleeve claimed that Open Water is a mix of Jaws and the Blair Witch Project.  I think that is a bit of a stretch. For one thing, the sharks are more like an unfortunate by-product of being the ocean where in Jaws the shark is the antagonist of the film. It is also not like The Blair Witch Project since the camera operator does not play a part directly in the film. The movie is creepy as an idea but fails to be scary. There are a lot more movies that are “based on a true story” that involve a lot more drama, are much more horrific, and have characters that are more developed.  If you are looking in the horror genre check into Wolf Creek or the original Texas Chainsaw Massacre and if you are looking into drama on the high seas look no further than The Perfect Storm. 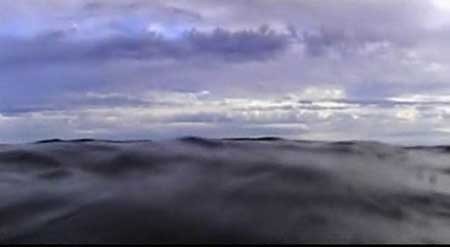 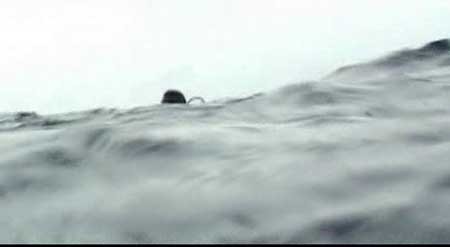 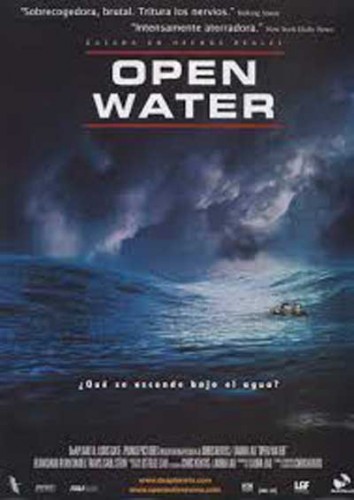 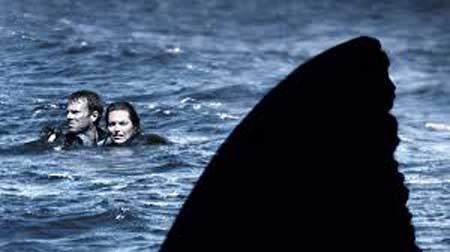 I’ll admit the ocean can be eerie.  When I imagine swimming in open water it gives me the sort of tingly fear that I’d feel if I were floating in space.  Except in the ocean, there could be giants living in the dark lurking and possibly hunting you.  For all the build up, the tragedy is somewhat underwhelming by the lack of character development and the shoddy quality of the film and sound. Is Open Water worth seeing?  Probably not, considering that there have been movies that have attempted what this film has done and succeeded. Open Water is the sort of movie that you watch and quickly forget because nothing stands out. Instead you might go into the ocean and if you swim in the open ocean you might feel a chill as you slowly recollect the basic plot of this movie. Open Water has become the campfire story that people will end up telling kids about traveling and what terrifying things can occur to a person when their guard is not kept up.