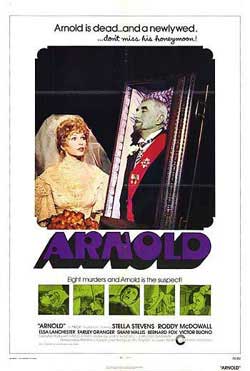 Karen Llewelyn is the new gold-digging bride of a corpse. She marries Arnold at his funeral and continues to get his money as long as she stays by his coffin. Meanwhile, various oddball relatives after Arnold’s wealth are being killed in a creative variety of ways.

A rare classic and somewhat of a cult film that never made it to DVD release…at least not yet. I still remember seeing this at the movie theatres when it debuted in 1973 and thought it was a unusually creepy release for that time. Intended as a comedy horror, it actually leaned more towards the horror end than advertised, though because of its absurd premise you can’t help but slap the comedy label on it. It’s comedy style was often compared to the “Love American Style” series. 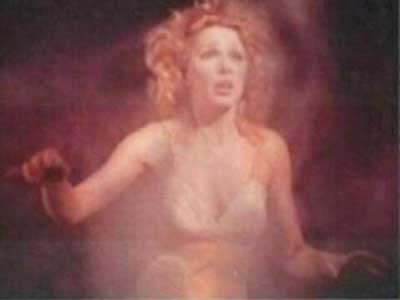 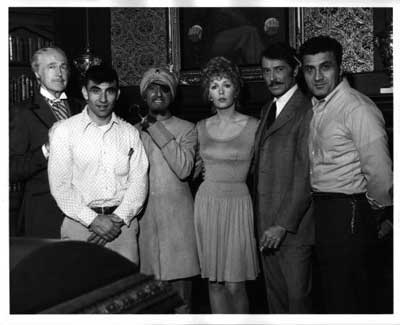 Directed by George Fenady, this little gem featured an all star cast of talent. We open upon Stella Stevens as she sings that unforgettable intro song “Arnold”. A wedding in the cemetery, Karen Llewelyn (Stella Stevens) is about to be wed to the deceased corpse of “Arnold”. All the family has gathered for the event in addition to hearing the details of his will shortly after. An odd premise indeed that has Karen marrying him in death while Arnold’s wife (now a widow) is in attendance to claim her part of the will. 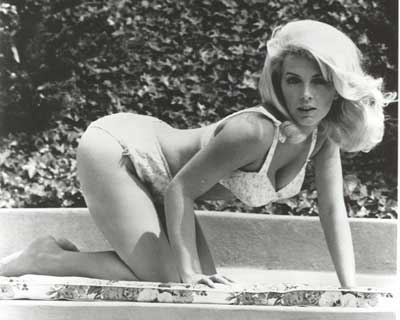 Arnold is, or “was” for that matter a extremely wealthy individual who owned an entire industry. His sick sense of humor includes having his casket open and on display while his corpse lays stiff with a twisted smile on his face. He also made sure to create several audio cassettes before his death that comment on situations throughout the film. Much like the modern “SAW” films, Arnold had a sense of profiling that seems to line up perfectly. An audio player built into the outer of coffin provides instant playback. The cast includes Roddy McDowall as Robert, Elsa Lanchester as Hester, Shani Wallis as Lady Jocelyn, Jamie Farr as Dybbi (a rather odd but silent Arabian servant), and Bernard Fox as Constable Henry Hooke. Stella Stevens, a classic beauty provided a fantastic presence to this offbeat role.

Dark makeup skinned Jamie Farr is almost unrecognizable in this early film appearance. It is explained that he saved Arnold’s life at the cost of his own hand. Dybbi, sports a Captain Hook left appendage. 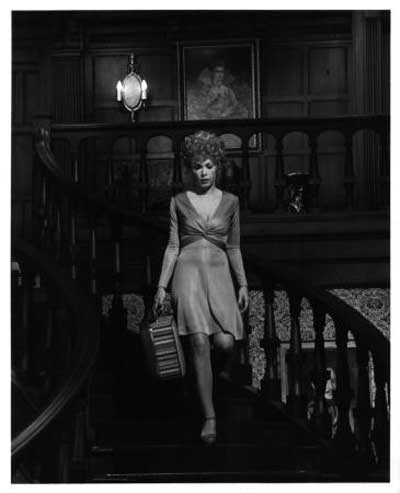 The film follows each family member as they reveal themselves for what they are …greedy, conniving, back stabbing, dishonest and all hungry for Arnold’s wealth. Though Arnold has plans for his deviate relatives. Each suffers a fatal death preplanned in advance per Arnold’s intuition even after his death. The deaths though are really executed with finesse, gadgetry and planning that quickly escalate this film into horror mode. For instance Lady Jocelyn….Arnold’s greedy, cheating widow suffers a tragic death when an acid laced face cream is applied and melts her face off. Or how about a suit that strangles its wearer? Maybe you prefer the shower crushing scene? They all execute in clock work fashion always followed by a pre-recorded tape. The timing and sequence of events follows classic who dunnit mystery formulas. 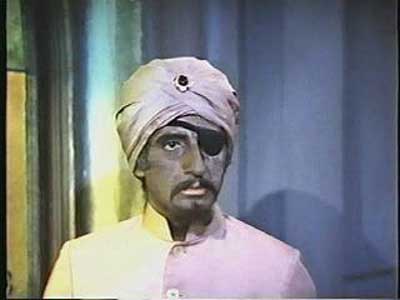 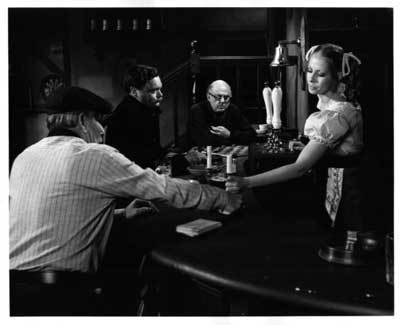 “Arnold” also features one of the early “eye watching thru picture frame” gags, that provides a creepy background when each situation is observed by a single peering eye. The strange thing about “Arnold” is that it is stranger than the comedic films of that time. A darker tone takes precedence over the “Weekend at Bernie’s” style scenario to the point where Arnold’s constant appearance in the film is downright chilling. Because of its unique cross genre approach it always deemed far closer to a cult film than just another cheesy horror film. 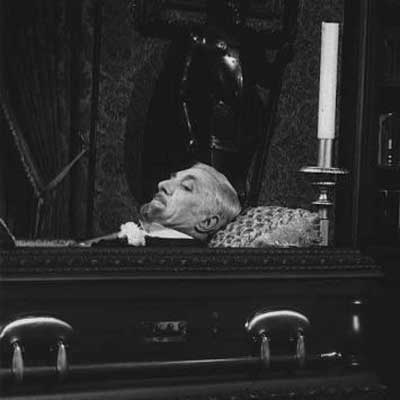 Arnold is a true gem that deserves a place in viewer libraries. In many ways its premise has been inspirational to a whole slew of modern horror film scenarios that still play out today. At the time of this review, there still hasn’t been a formal DVD release. VHS copies of the film are also hard to come by. 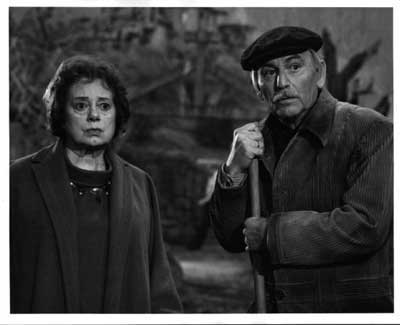 The film has very little available today on the internet about the film, but I was able to find a small site dedicated to the film with classic stills. The site has alot of added info that might be of interest to fans of the film.