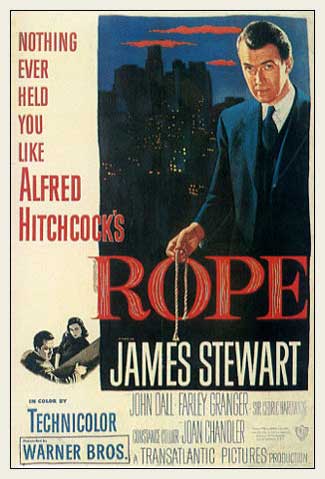 Brandon and Philip are two young men who share a New York apartment. They consider themselves intellectually superior to their friend David Kentley and as a consequence decide to murder him. Together they strangle David with a rope and placing the body in an old chest, they proceed to hold a small party. The guests include David’s father, his fiancée Janet and their old schoolteacher Rupert from whom they mistakenly took their ideas. As Brandon becomes increasingly more daring, Rupert begins to suspect

Rope is a 1948 horror film directed by Alfred Hitchcock and stars James Stewart. It’s about two brilliant students, Brandon Shaw (John Dall) and Phillip Morgan (Farley Granger) who decide that they can commit the “perfect” murder and get away with it.

The film opens with Brandon and Phillip tying a small rope around a former classmate’s neck and strangling him. (David Kentley, played by Dick Hogan) They then place his body in a wooden chest along with the rope. In order to further prove their point that they really can commit the perfect murder, they invite their friends and family over for a dinner party. Including members of the victim’s family and an old professor, Rupert Cadell (James Stewart) that Brandon and Phillip once had.

Brandon and Phillip’s idea to commit this murder was inspired by Rupert Cadell after taking his class several years earlier. The boys would have discussions with their professor about the art of murder, as a way of showing how they were superior to other people. Brandon felt like their former professor would make the perfect guest so he and Phillip could, in their own minds, make their professor proud.

Throughout the party, Brandon drops hints about David’s disapperance. Brandon appears to be very calm, while Phillip is jittery. Brandon even goes as far as to even dicuss David and the art of murder. Rupert starts to grow suspicious. The entire night, David’s father and fiancee’ grow more worried. David’s Dad decides to leave when his wife calls upset because she still hasn’t heard a word from David. Everyone else at the party leaves. As Rupert is leaving, he is handed the wrong hat by mistake. The initials inside the hat read “D.K.”(David Kentley). Rupert realizes that something is wrong and returns to the apartment after everyone leaves saying that he left his cigarette case behind. Rupert returns to the apartment and plants his case inside. He then asks for a drink and starts to discuss David. Brandon welcomes the conversation, while Phillip continues to grow more upset. He finally screams about the situation being a cat and mouse chase, but who is the cat and who is the mouse?

We’re personally disappointed by the reception of this film. We thought that this film had not only worked, but it was one of his best movies. Rope is very well acted, and it benefits from one of the strongest scripts Hitchcock has utilized, courtesy of Patrick Hamilton’s play.

We agree that the best form of horror is the type which taps into something inside the human psyche, in this case intelligence is the enemy. We have two characters who are so cerebral that it overrides their conscience. Of the two, Phillip begins to demonstrate a sense of guilt after the murder, while Brandon only suggests feeling exhilarated by the crime. Being human, we’ve all felt an indifference to the world around us. When we’re stuck in an hour long traffic jam, secretly we’re hoping to see a massive collision on the side of the road to justify our inconvenience. Rope explores the concept of caring so little about another person’s life that murdering them in an artistic manner is all that matters.

Hitchcock is notorious for making his presence known to the audience either through his cameos or his presentation of information from him to his audience, and that’s always been his magic. Consider the scene where the foreground conversation is happening off camera while the action is focused on the housekeeper. We feel him pointing something out to us that’s a bit odd. Then we pick up on what’s about to happen. Then we reach the aptly titled Hitchcockian moment and we smile as if the sly devil were in the room with us. Rope is not only horrifying, it is also delightful. That’s an impressive feat, and it makes Rope a highlight of Hitchcock’s artistic career. 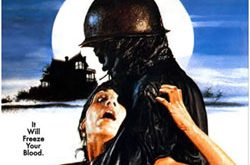 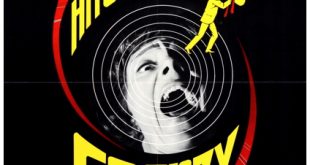