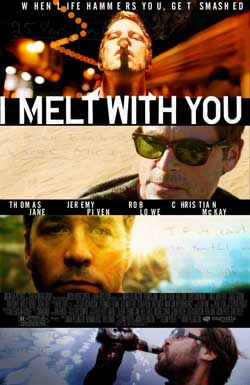 When four 40-something college friends meet up for their annual reunion, things start to spiral out of control, and a pact they made as young men is revisited.

“I Melt With You” is a new film under the direction of Mark Pellington. The movie rides on the acting talents of Thomas Jane, Rob Lowe, Christian McKay and Jeremy Piven. For the record, the film is strictly a drama with no connection to the horror genre. Though in the interest of our readers, it does take on some dark tones which transform the nature of the movie while slipping it under the radar of a friendly reunion.

Four 40-something friends who made a pact when they were younger (25 years ago) have come together for a weekend of partying and reminiscing. The cast lines up as so: Thomas Jane as Richard, Jeremy Piven as Ron, Rob Lowe as Jonathan and Christian McKay as Tim. 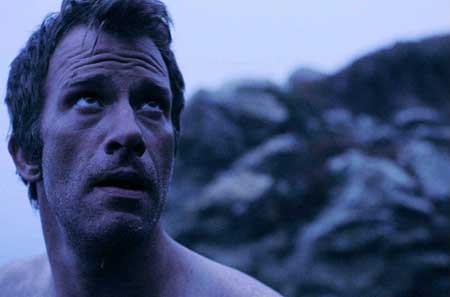 This perfect by the beach getaway appears to be an annual meeting place for the 4 of them. As they come together, they seem content in leaving their current lives and situations behind for indulgence and for the sake of reacquainting their life long bonds as friends. In a nutshell, its the boys night away to act like idiots and do as they please. From a 40-something standpoint, the idea falls a little short.

On the surface, the film is disturbing in that it takes its alcohol and drugs pretty seriously. We see “way” too much excess and pill popping for their age group (or for any for that matter). But this disbelief is momentarily assumed as a common product of their annual union. 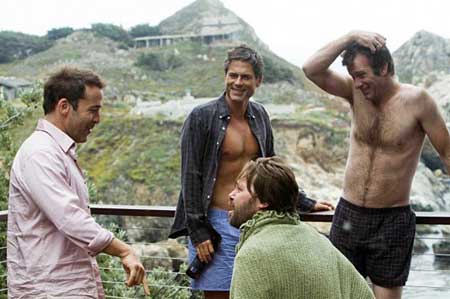 The age and professions of the 4 contradict the careless young teen approach that is projected in their partying exploits leaving a bit of a script issue that never seems quite right. 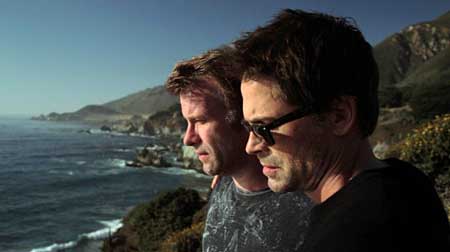 This conflicts with their professions which range from doctor, to teacher and to financial consultant. During the screening, I often thought to myself, that maybe the roles should have gone to a younger selection of actors to better fit the profiles. Of course they need that 25 year gap to bring the acts into full circle. As acting performances go, we get a pretty dynamic range of highly emotional interplay. The actors give 100% without a doubt in what I can only describe as equally powerful performances. The script and the story is bit of a let down that essentially has them coming together to admit that they have not acquired in life the fruits they set out to achieve. My screening contained some pretty heavy audio score backing making some of the lines harder to understand. So I felt that I could have reviewed the film better with some subtitles to go along. 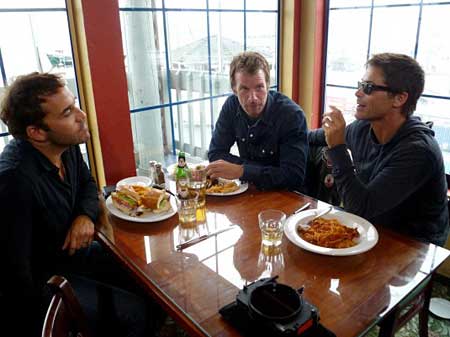 Once we get past the first 40 minutes of bro-admiration, we get to the heart of this story. This turns things towards the darker aspects involving suicide, death and honoring this stupid kid pact they all signed off on. I think a few of the characters got it right when they said that they have changed and the pact is something from the past. But for some reason they felt compelled to take it literally bringing the whole house of cards falling down around them. I’m still not entirely sure why each of them carried thru with the direction it heads. I will say that for the amount of pills and Cocaine snorting they did, you would have thought they all would have just overdosed and died on the spot. 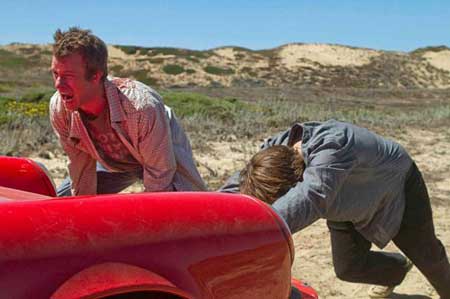 I retrospect , “I Melt With You” is more of a drug indulgence film than anything. Sure we see the sun rise over the ocean, we take in the fresh air and we even admire the scenery. Heck, the boys do some bro-bonding and share a few emotional details about their lives. These inner workings are drama heavy and really give the actors their fair shake at delivering some intense lines. Do I think this was a great film? Not really. The story is somewhat shallow and achieves very little as a cinematic offering. I’m not a big fan of drug excess or films that exploit the failures in life. This film does exactly that and really never goes very far from either direction. 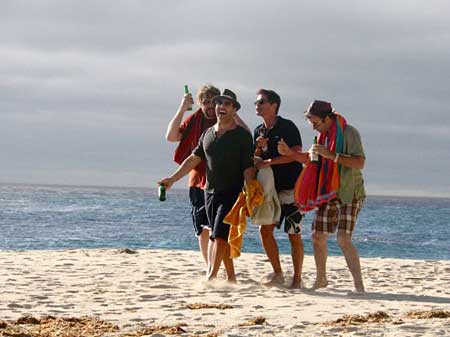 As of review, the film has received mixed reviews that vary from the dramatic contributions to disgust with the drink, snort and rock n roll delivery. I’d say it does drive some acting kudos but also fails on story engagement.