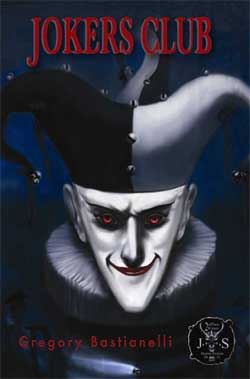 Jokers Club has made me proud to be a horror fan again. No longer is there a need to endure sneers, snickering and low brow comments at social gatherings. Granted an interest in the macabre comes along quickly in tow with the stereotype of being unabashedly disturbed. Make no mistake about it even the disturbed do have integrity.

In an era where we’re force fed contrived remakes such as Piranha, Friday the 13th and The Step Father is it any wonder why our love for the dark side is balked at? I cannot count how many red faced episodes I’d sustained in recent years to an unexpected early return of my wife at home. Scrambling for the remote or television off button with trembling hands, one could only pray to be caught in the act of something more sophisticated or dignified like watching p*rn.

Instead guilty pleasures are exposed in watching yet another sequel to Saw, some different spin or another on the Exorcist, trumped up ‘reality but not really reality’ fan fare of the paranormal and for the love of god yet another rehashed, refurbished teen vampire rip off. The true humiliation is being asked by others, why do you watch this garbage?

My common elected response is simply I don’t know. At times it would be more practical and productive to continuously grind a rusty file into my eye while repeatedly watching infomercials on Slap Chop or Sham-wow.

I realize these films are not literature. In certain realms our once chilly and harrowing authors have been deduced to mediocrity as well. Anyone else tired of reading about the sarcastic characters with their token trusty dog in some sort of government conspiracy or cover up exposed? Anyone else bored to tears being trapped in perpetual Bangor or Castlerock, Maine? Certainly last but not least some masterpieces are far behind them having frolicked in bliss once out of the closet or been (with all due respect) born once again in the eyes of God. I cannot help but ponder would the greats Bradbury, Lovecraft, Serling or Hitchcock settle for second best?

Praise the Lord of Darkness we need not ponder further. Bastianelli’s tale is brilliantly crafted beginning with aspiring author Geoffrey Thorn returning to his New England town upon invitation to be reunited with his boy hood chums. The six some has a male adolescent clan of sorts aptly called Jokers Club. They’d assemble regularly in their custom tree house to read comics, chew that fat and scheme about what mischief they could concoct. One devilishly sinister prank included digging up folklore legend the Colonel out of the town’s mausoleum. Egging one another on, peer pressure prevails as they transport the body to the rural town police chief’s house. The door bell is rang, running and hilarity ensues. Harmless good fun right?

Paul “Woody”, Dale, Lonny, Martin, Geoff and their self appointed leader Oliver make up the pack. A new pledge is presented in the form of Jason Nightingale, recently moved into town with his folks. Oliver dislikes the ‘newbie’ from the get go but decides not to force the issue against majority rules.

The pivotal point of our exposition is when cigars are passed out in curious custom fashion in the tree house. Not long after the youths inadvertedly set the club house a blaze. Fearing the worst possible wraith from their parents, each flees the scene. Ultimately the new kid confesses the horrific episode to his folks, causing a rippling affect of epic proportion in each boy’s household. Oliver is punished by means of a physical beating by his drunken, abusive father.

To extract revenge the Oliver instigates a game of hide and seek. Upon the ruins of a scrap yard they instruct Jason to hide in one of the obsolete, discarded freezers. Once inside Oliver aggressively demands each of the boys leave, promising he’d let out oblivious Jason later once he’s learned his lesson.

Needless to state it takes not a respirologist to determine the exact cause of death. In sheer horror the boys swear on an unholy pact to never divulge the exact sequence of events in their friend’s untimely demise.

Twenty years later the remainder of Jokers Club reunites in their alma mater. Each is confused as to who had dispatched the invitations and why each was assembled there once again to surface their repressed terror. One by one the adult club members are found brutally murdered. Our lead protagonist Geoffrey Thorn delves back into his writing in desperate attempt to find answers to the frightful questions being asked and acted out before them. He struggles with dementia and reality in this gripping tale of whodunit that will keep you guessing until the very end.

Jokers Club is an excellent read to rejuvenate the passion for all that goes bump in the night. Classic indication of an effective horror is one that keeps you thinking long after the fact. Images of a gnarled, decomposing Jason Nightingale will render you screaming in fits of cold sweats throughout the night.

Ladies and gentlemen there is a new messiah of macabre and his name is Gregory Bastianelli.