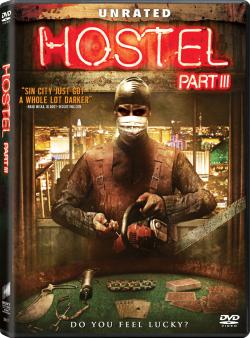 While attending a bachelor party in Las Vegas, four friends are enticed by two sexy escorts to join them at a private party way off the Strip. Once there, they are horrified to find themselves the subjects of a perverse game of torture, where members of the Elite Hunting Club are hosting the most sadistic show in town.

Scott (Brian Hallisay) is just on the cusp of being married to his fiance Amy. His best friends aren’t about gonna let him go without a proper send off. This planned weekend bachelor party happens to be in the heart of “Sin City” Las Vegas with a few surprises waiting. As the bunch head of to a invite-only out of the way undisclosed location, they happen upon the party of their lives. Mike (Skyler Stone), the anxious one of the bunch decides to stay and sex it up with one of the escorts he meets. Waking up in the morning can be hell when you’ve got a hangover to deal with, but in this case, hell is exactly what’s he encounters.

His friends, all ready to head back, start to become worried when Mike doesn’t return leading to a search party effort that takes them into the darkest part of Vegas. Carter (Kip Pardue) Scott’s best friend leads the pack as they head out with only the clues from the previous night. This begins to descend the film into much more violent territory per the usual antics of the “Hostel” franchise.

Fans of the “Hostel” films, won’t have any regrets here. The operation you have grown to “love to hate” has expanded into a high security well-finished operation. The rich, of course delight in seeing a live show that incorporates the torture of a hand picked mystery victim. They bet against things the victim says or that “will be” done to them. Torture is the name of the game and terror is connected on every occasion.

For a 3rd sequel to the original “Hostel”, this one comes as a surprise as “not” being within a foreign country. The object, the game, and the intention are the same with plenty of action and screaming to indulge any horror viewer. You might remember the insignia of the Elite Hunting Club, which fuels the capture, present, and torture scenarios. The Elite Hunting Club has also expanded and with it high stakes seems to be booming.

In retrospect, the addition does lack a bit of the grittiness that we came to love from the original Hostel and its nastier follow up Hostel 2. That’s not to say that we don’t get some pretty decent impact moments of pain and suffering but that it tends to veer in and out of a horror film and a action thriller profile.

My first impression was a “Hangover” meets “Saw” meets “Very Bad Things” sort of setup .Which is an easy call with such interest in bachelor-Vegas-party-film plotlines these days. It’s demographics appear to be right on by cleverly appealing to a present day viewing audience while its franchise name carries it based on previous efforts.

Once again we pull from a formula that has been written to sell to the masses using this basic horror p%rn assisted drawing concoction. This notion and the notorious Elite Hunting Club enigma sets the stage for what I’m guessing could be an ongoing multiple return franchise. 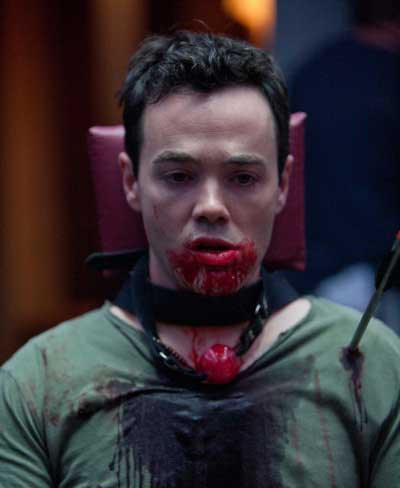 In the same vein of films like “Cube”, “Hostel III evolves its background with every new inclusion further building upon the legacy of high priced live murder acts. Audiences may take interest in that the movie was in fact filmed at the “Detroit Masonic Temple”, located in Detroit, Michigan. This fact alone might inspire a moment of double take which from usually is thought of as monumental Cathedral to religious intention. I suppose with the economy in Michigan on the brink, any financial opportunity for the city is better than none. But it does make you scratch your head a bit. The first act is filmed in Vegas per the usual bright city that never sleeps scenery. 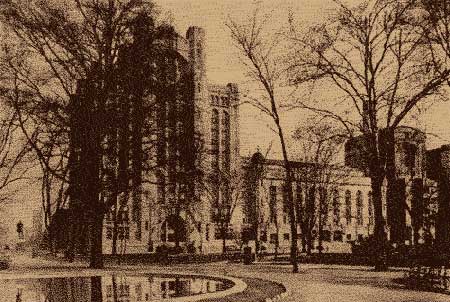 In all, “Hostel III” moves well, horrifies and sets the stage for a follow-up. This is one franchise I don’t mind sticking around.