A wounded man suffering from amnesia, awakens in a large open grave full of dead bodies. Upon his escape he encounters a group of fellow “lost” individuals; he does not know who is friend, who is foe or if he himself is good…or evil. As memories slowly return, he may not want to know the whole truth.

Open Grave begins with an incredible, shocking and inherently frightening concept: waking up in a pit of dead bodies. Death and dying, the biggest fear mortal man has. Fear of sharks? They may eat you. Fear of bees? They may sting you to death. Fear of heights? You may fall to your doom. What can be worse than to be suddenly surrounded by death, the fear of fears? Shartlo Copley awakens swimming in dead bodies, his own body stiff and painful. He quickly realizes something terrible has happened, but has no idea what it is; he has no memory of it.

In fact, he has little memory at all, including his own name, his own identity, where he is or how he got there. Wounded, confused, frightened, he looks around desperately for a way out, the pit’s walls too tall and too steep to climb. This is a fantastic and memorable opening, a promising pre-credits roll that Open Grave struggles to achieve again maintaining its interest with a small but talented group of actors (Copley and Thomas Kretschmann leading them), a talented director in Gonzalo Lopez-Gallego and a dedication to its own mystery and constraints.

The amnesiac protagonists (Copley) armed with a pistol and a mysterious key wanders to a nearby home after escaping the ghastly pit with the help of a mysterious shadowed figure who quickly disappears. In the house, he discovers five others also suffering from mysterious wounds and lack of memory – and a shotgun. Quickly the group turns to mistrust and paranoia resulting in a standoff. The story depends on the interest in what is happening and what has happened to these individuals. It asks its audience to identify with the protagonist knowing very little about him, without his knowing himself at all. As clues are discovered in the house and memories slowly begin to return in fragments, suspicions fall upon the main character casting shadows of doubt on his past and his intentions. They also find themselves trapped when they venture too far from the house encountering vile, monstrous infected people ready to rip them limb from limb, acting like feral beasts. With no contact from the outside world, they cling to the one thing they have learned about their location and situation – someone, something is coming in a few days. 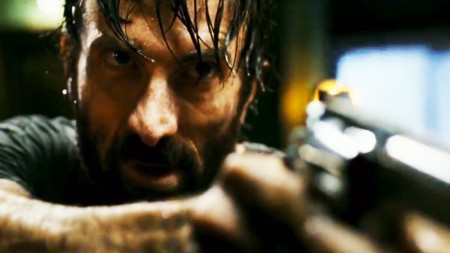 The film rests on the capable shoulders of its lead, Shartlo Copley who rose to fame in District 9 (2009) and is seen in recent films Elysium (2013) and Oldboy (2013). He has the tough proposition of gaining the audience’s interest without knowing anything about his own character. He enables his character with a balance of confidence and despair. His character can certainly handle himself and has a natural leadership authority about him, but he also has a dark side – a underlying questionable character flaw that keeps the audience guessing, hopefully worrying, if he is good or evil. Is he here to help the other five as his friends or destroy them as his enemy, his victims? Copley empowers his performance with conflicting nature that sells this mystery. He continually strives to help those around him, but he has a violent temper and only glimpses of the horror he may have committed in the past. He may trust himself less than those around him.

The other five main characters of the story are led by Thomas Kretschmann, currently seen in NBC’s Dracula. In Open Grave, he is the spark that can light the fuse. He is the most paranoid and suspicious of Copley’s character’s past – and his intentions. He later learns his name is Lukas, but Lukas is losing his humanity with every memory he gains. His getting sicker and sicker and more uncontrollable. He is also discovering a shocking truth to the group’s predicament, location and surroundings. Kretschman is fantastic in this role, one of his better performances, a stand out among the cast and a great balance to Copley.

Director Gonzalo Lopez-Gallego shows great skill and promise with Open Grave. The opening scenes alone are noteworthy, brilliantly shot, paced and framed. His one flaw, much like in his found-footage film Apollo 18, is that he relies too heavily upon the high concept of the film’s story. When he is buried in the center of the concept, he excels but the further he wanders from that center, the more the film begins to wobble and tilt. He sets up the mystery successfully but the script keeps him from exploring more of the greater fascinating aspects of the mysteries surrounding the characters. The fact that Lopez-Gallego is dealing with characters that are learning of their own worth, morals and memories has his film lose its pace for much of its second act. While one scene has a supporting character facing saving a man trapped barbed wire with great suspense, another scene drops the ball when Copley faces another group of strangers just past the boundaries of their solitude. One succeeds, the other meanders. Highly evident however is his growing craftsmanship in handling characters especially with the mute character that seems to know what is going on but cannot, dare not, share what those secrets are. 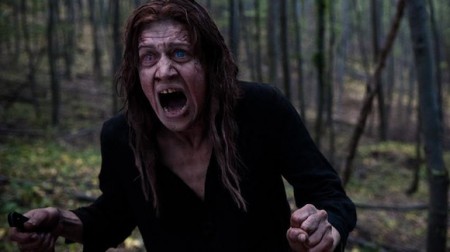 Open Grave is a fascinating film, an uneven but gripping story. It is perhaps an unfair challenge to have every character in the film be so undefined, to have so little in the way of character, conflict and motivation to draw in and engage its audience from the onset. But that is the signature conceit of this film. The screen writer and director are forced to rely heavily upon the mysteries and suspense of discovery. The more the audience cares for Copley’s lead, the more successful Open Grave will be.

The film also suffers from its larger mystery being a little too thin as well, the reasons behind their inflictions are not terribly shrouded, they are telegraphed fairly early and repeatedly throughout. For many, it will the extent of the cause that will win their appreciation instead of simply the explanation of the cause. The extraordinary performances hold interest especially Shartlo Copley as the film’s protagonist and Thomas Kretschmann as his adversary. Open Grave succeeds with its originality and on the strength of its powerful, horrifying opening shots of Copley regaining consciousness resting on a pile of rotting corpses in the bottom of a large pit. 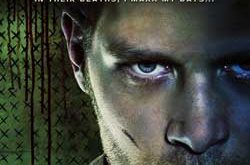