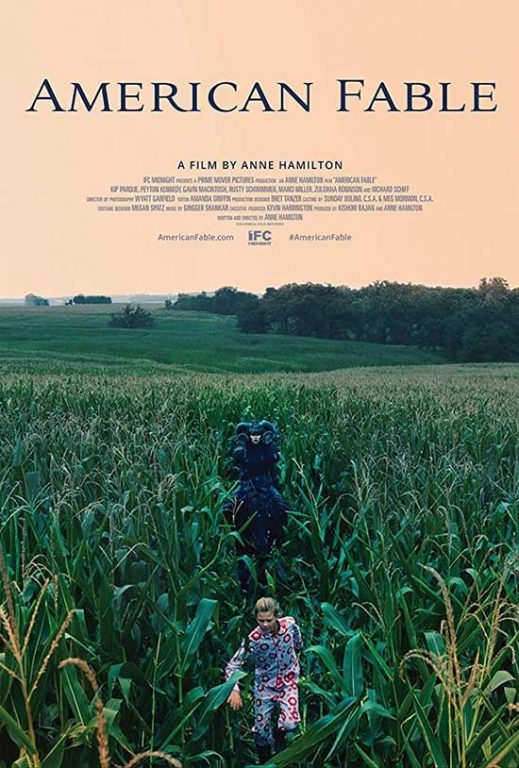 After 11-year-old Gitty discovers a man who can grant wishes hiding in her family’s silo, she is forced to choose between saving the man’s life and protecting her family.

Back in the 80s, Reagan-era farmers were seeing a tidal wave of foreclosures on property due to economic issues. Many farms were bought and resold, leaving families broke and out of business.

Gitty lives on a struggling farm with her parents, older brother, and her pet chicken, Happy. She dotes on her father. Her mother is pregnant. Her brother likes to play cruel games at Gitty’s expense. In other words, she lives a rather average life, wandering the vast fields and exploring abandoned farms.

She is intrigued by a rundown silo in one of the distant fields on her family’s property. Yet her father tells her repeatedly to stay away from the silo as it is not a safe place for her to play or explore.

Finally, her curiosity gets the better of her. Upon investigation, she finds a man is locked inside the silo. He pleads with her to help him as he has no idea how he came to be in the silo, but he cannot escape. Yet he asks her to keep their meeting secret

Over the course of time, the man and girl develop a friendship with Gitty bringing him food and books and then man opening her eyes to a world larger than the farm. As they talk, she learns he has been responsible for buying out a number of the local farms that have gone under.

Gitty begins seeing a dark figure in a horned helmet riding a black horse through the fields. Evil is roaming the land, but the young girl is unsure exactly where the evil comes from: the man buying up farms, the raven-haired woman promising money for assisting with the kidnapping, or her own family.

Heavy moral issues filtered through the mind of a young child while showing bucolic farm land and endless fields.

Hmm, someone has watched “The Reflecting Skin”.

Am I writing off “American Fable” as a simple imitator of “Skin”?

“Fable” uses a very divisive period of American history in an attempt to display a morally chaotic landscape that a young girl must navigate without any leadership she can utterly trust. Kindness turns to anger. Love is tempered by doubt. Simple actions have long-reaching consequences.

The film moves randomly, at first, as Gitty guides the viewer through the characters, the setting, and how everything is connected. Eventually, events begin to link together into a focused progression moving all of those involved to irreversible acts that determine their true nature in the face of looming tragedy. The performances greatly aid in making the impact of those choices feel damning or empowering. With only a couple of exceptions, the characters arrive at the destination they were aiming for from the very beginning.

Yet, the movie feels manipulative. The mean brother is not just a jerk; he is an obsessed zealot. The mother is mostly background noise until she is needed to play counterpoint for tension. A nosy neighbor is trotted out when there needs to be a threat to the family’s plans. Props are used for displaying the developing relationship between Gitty and her world, but then simply forgotten no matter how portentous their discovery may have been presented originally.

Performances are generally on the nose, especially Peyton Kennedy as Gitty. Pacing is handled well. The scenery is lovely and adds to the sense of being removed from the influence of others. The dialogue feels authentic.

Yet, in the end, “American Fable” feels like a well-made curiosity that aims for deep truths but misses the dark heart of rural America that it wants to present.

Finally, this film is not a horror film. It does not even rate as much of a thriller. While it is worth watching for the performances and the confident direction by Anne Hamilton, pass it up if you want scares and chills. You are more likely to have a psychosomatic bout of hay fever than to be frightened.