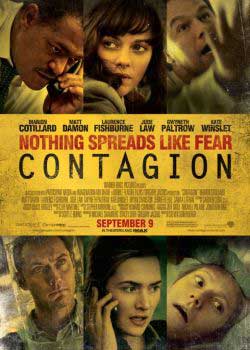 A thriller centered on the threat posed by a deadly disease and an international team of doctors contracted by the CDC to deal with the outbreak.

I hate Steven Soderburgh, I really do. Why do I hate him so much you ask? Because after I walked out of the theater where I saw his latest thriller “Contagion”, I went straight to the bathroom & washed my hands twice with very hot water. Because as I was watching it, I became very conscious of how many times I touched my face and then touched my arm rest or my shirt. This newfound “Consciousness” came from a line in the film recited by Kate Winslet on how many times we touch our faces on a daily basis (fifteen times an hour on average) to an incredulous group of local politicians. I touched my damned face fifteen times during that SCENE, let alone in the hour that followed it. These are some of the reasons I really hate Soderburgh right now.

But I loved “Contagion”! What I thought was going to be “Outbreak” without all of the action is actually more a horror film than you might imagine. It begins with Beth Emhoff (Gwyneth Paltrow), who is on the tail end of a business trip in Hong Kong when she gets ill with what looks like a bad case of the flu. She arrives home to her husband Mitch (Matt Damon) & son Clark (Griffin Kane) in pretty bad shape & the next day goes into convulsions on their living room floor. She’s rushed to the emergency ward where she dies shortly afterwards. Exactly what she died of, no one knows. And to make things worse, as Mitch is driving home in a daze from the hospital, he gets a call from the babysitter. Clark is very sick & dead by the time Mitch gets home. Whatever his wife brought with her from Hong Kong is very contagious…and very deadly. 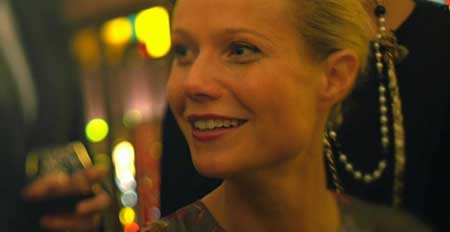 The film kicks into high gear when the CDC (Center For Disease Control) is alerted to the situation. Apparently whatever Beth had is unlike anything ever seen before (A really cool scene with Paltrow getting her scalp pulled over her face during a autopsy) & immediate action is necessary. This is where the film becomes something of a mystery/thriller that takes place in different locations all over the world. But the majority of the film takes place in the US, where Researchers & doctors are trying to isolate the virus to find a serum to inoculate those who have escaped infection. Dr. Ellis Cheever (Laurence Fishburne) is coordinating the effort & has sent Dr. Erin Mears (Kate Winslet) to gauge how deep the infection has gotten into the population. Meanwhile, Dr. Leonora Orantes (Marion Cotillard) is in Hong Kong trying to pinpoint the point where the infection began. 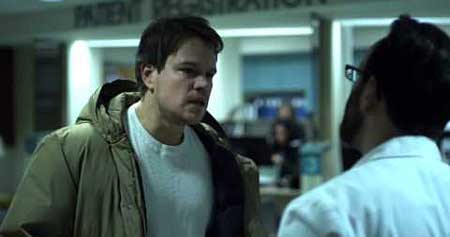 Obviously the film is chock full of top of the line talent. This is what a director of Soderburgh’s caliber can bring to the table. Well him and a really good script actually. There are other really fine actors in the film, John Hawkes, Larry Clarke, Elliott Gould, Bryan Cranston, Jennifer Ehle & Jude Law (Who plays an internet blogger who is looking to profit on the public’s growing fear of infection). Some of them are only in the film for a few minutes or so but they make the most of whatever lines they get and all put on extremely convincing performances. In addition, Soderburgh has no problems with killing off some his top flight cast as I mentioned previously in regards to Paltrow. 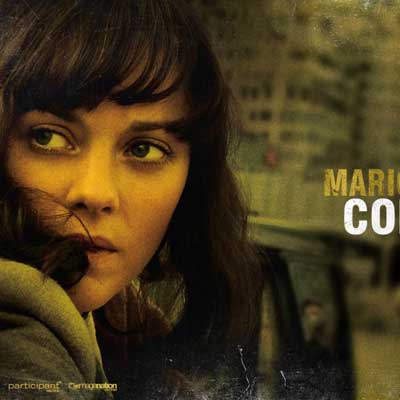 Unfortunately, the size & scope of the script is the one niggling problem I had with the movie. The plot careens back & forth all over the globe, intertwining several plot threads. Sometimes neglecting to get back to them before they’re forgotten by the audience and then all of a sudden…they’re reintroduced. While I was never confused I couldn’t help but feel that some of the plot threads were getting the short end of the stick. Especially when the film boils down to two characters, Fishburne’s Cheever & Damon’s Mitch who are the focus of the film’s two main plotlines. Mitch is apparently immune to the disease & slowly watches the breakdown of his city as the virus spreads and civility goes out the window. All he wants is to protect his daughter, Jory from getting infected as society begins to crumble all around them (It’s unsure as to whether she’s immune as he is). Cheever is guilty over sending Dr. Mears (Winslet) to investigate the outbreak when she catches the virus and he’s unable to extract her to get her better care. He makes the mistake of letting his guilt overtake his common sense and makes some errors in sharing information he has with his family. Which is exploited by Law’s character & leads to his eventual (Not in the film) court martial. 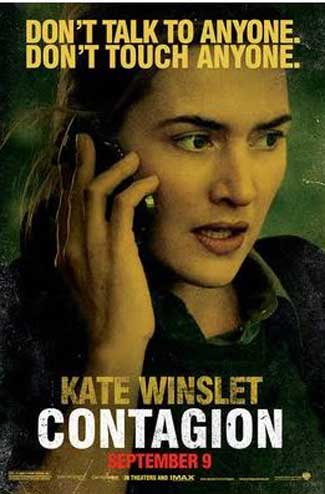 While the scope of the film is indeed global, it’s never overwhelming despite the back & forth pace of it all. As a matter of fact, Soderburgh manages to keep the movie very personal, almost private in a sense. Sometimes I felt like a fly on the wall listening to something I shouldn’t be privy to. Throughout most of the film there is a sense of intimacy which is impressive considering the size of the situation. It does eventually boil down to something akin to Romero’s “The Crazies” with people in Hazmat suits armed with machine guns & mass hysteria amongst the public. But despite all of this it never succumbs to the bombast that 1995’s “Outbreak” did. That was an action movie dressed up as a “Deadly Virus” type of film. “Contagion” wants none of that, it wants to scare us not excite us. It wants us to think about how easy something like this can happen. Did you guys know that the 1918 Spanish Flu pandemic infected 500 million & killed somewhere between 50-100 million? And that’s just for that year. Shit aint’ no joke acolytes…

Like I said at the beginning of this review, I hate Steven Soderburgh, but it ain’t personal. I hate the fact that he made everyone who sees this movie feel really icky afterward. I hate the fact that The Black Saint had to come home & shower in hot water afterwards (Cold is SO much better). I hate the fact that he’s so much more talented a writer/director than I’ll ever be but I loved this movie & you will too. The Black Saint is bestowing “Contagion” with a four shroud rating. I still feel it suffers a bit from all of it’s myriad plot threads (I didn’t even mention the mess Cotillard gets herself into) & it leaves a few unanswered questions at the end but it is an engaging, engrossing & ultimately enlightening film about how thin a string the Earth & it’s population is hanging from and how quickly friends/neighbors can turn on each other for what could be just delaying the inevitable. See it but be prepared to really wanna scrub down afterwards…