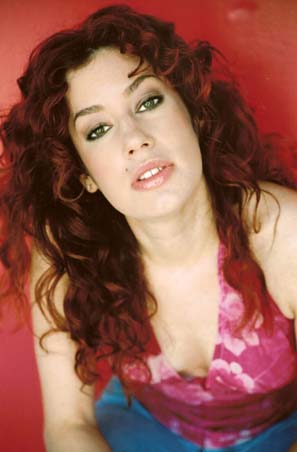 Victoria De Mare has been dubbed one of “Hollywood’s Hottest Scream Queens” and clocking over 44 roles since 1999 it’s a title that will most likely be sticking. Some of the high lights of her career are her humorously sexy roll as Batty Boop in “KillJoy 3” which will make you feel pretty f*cked up for finding a clown that hot. As well as a hair raising performance a locked up abroad lycanthrope in “Werewolf in a Women’s Prison.” In her new film Victoria plays a p*rn starhaving a bad day on set as biological weapon starts killing off her peers. From my contact with her I have learned why Canpuna regards her as a national treasure.

With “Killjoy 3” Batty Boop was written for you, was this same kind of situation with “Contagion” or did you audition for it?

“Batty Boop” was written with me in mind. John Lechago is a dear friend of mine. When ‘Contagion’ was initially ‘Bio Slime’, John had called me up & said, “I am rounding up my “usual suspects” for this next project, ‘Bio Slime’, & you are one of those suspects, are you interested?” I was so honored, I couldn’t believe it. :) John wanted me to play “Mary”, but I am not sure that he specifically wrote her with me in mind or not. You’ll have to do an interview with him & ask him! :) So, no, I didn’t audition for either “Batty” or “Mary”.

I know they would ask this on the “The Actors Studio” so I have to follow suit, what kind of research did you do to prepare yourself to play the role of a p*rn star?

You’ve said in interviews that as far the character of Mary goes (“Contagion”) you stayed annoyed between takes, what other stuff have you stay in character for other parts?

Well, it depends on what I was playing. Each character is different, hopefully, so it depends on who she is & what she is going through in the scene. As an actor, I prefer to get “in it” & “stay” “in it” the whole day on set. It is much easier & much more fun! Once wrapped from a production, I always go through a “post-production depression”, so I want to live as the character as long as possible before my “martini” shot. :) 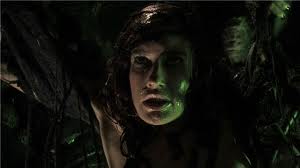 You seem like a really fun person and like you are having fun on set, did being annoyed all the time kill any of that for you?

No. There are a few places in the world to me that are my “church”-the stage, the recording studio, the dance studio, & on set. I am most happy when I am at one of these places. “Mary” was kind of a nut, so that was super fun to play.

You’re afraid of heights? Anything else?

I’m completely freaked out by spiders. 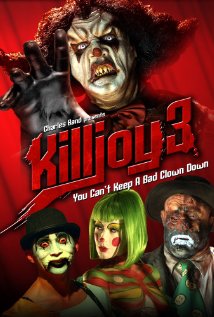 In both “Contagion” and “Killjoy 3” you have a lot of full body makeup, what are the pro’s and con’s? And was it cold?

I absolutely love make up, especially SFX. The pros are that it looks awesome & immensely helps the work of embodying your character. The cons are that it can take up to 5 hours or longer per sitting or standing, in my case for these 2 films, to get it on & it could take up to 2 hours or longer to get it off! And, no, it was not cold. In China, it was so hot, I was thanking my lucky stars that I was naked! :)

I’ve come across a lot of actors/actresses that kind of stick their noses up at the genera… you seem to embrace it. Did you set out saying “scream queen” and “Hollywood’s hottest” or was that an evolution?

I set out to work as an actor(performed), period. Yes, horror/sci fi/fantasy adventure, etc. have always been my favorite genres of films, but in the beginning I was just trying to get a gig. When Media started calling me a “Scream Queen” & then “Hollywood’s Hottest Scream Queen” over & over again, I was just completely honored. It feels great to have accomplished a “status” in this business that is so unpredictable & so harsh.

What is the happiest memory you have of working on a film?

My happiest moment so far was taking off from LAX with Trent Haaga on our way to China to shoot ‘Killjoy 3’. I knew it was going to be an amazing adventure & I felt so blessed that John Lechago had included me. The morning of my first day on set, I puked in my hotel suite I was so nervous, & when I was wrapped on my last day, I burst into tears as I hugged John good-bye. It was the most amazing experience I had on a gig. 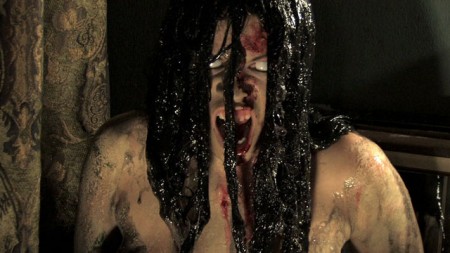 On Horror film sets you get to see some things that are sometimes rather surreal what sticks out for you?

The most surreal thing I have seen on set is when Tai Chan Ngo really caught on fire in the werewolf suit on an exterior night shoot on the set of ‘Werewolf In A Women’s Prison’. He could have been killed, but it made for an awesome shot for the film! 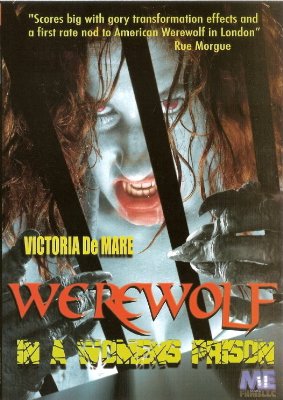 You play a lot of gritty roles p*rn star, nymphomaniac psychotic clown, heroin addict, etc… Would you be at any point interested in playing say a Nun?

I am f**king dying to play a nun & I am actually supposed to in the sequel to ‘Deadly Beloved’ directed by Gregori Holderbach. I have the opportunity to continue to play my character “Miriam”, who becomes a nun, as well as her evil twin sister! Now, that will be amazingly awesome! The crazier, grittier, & more unexpected it is that I would play the role, the better for me.

What is your musical background?

I studied music as a kid, as well as voice. I am now a composer, lyricist(author), vocalist, music publisher & producer.

Will you be doing any touring with the album coming out?

My multi-format debut album, ‘Actress’ was released on July 25th 2011, but came & went. Due to an unexpected death, my former record label, Flesh-O-Rama, folded & is now defunct. But, my new material is a billion times better, which will be released by a new company late this year, followed by a tour.

Can drinking sweat really save you from dehydration?

No, drinking sweat only makes you more thirsty, unfortunately, but it was worth a try off the beautiful Eva Derreck.

So I hear in Canpuna you’ve become a national treasure? 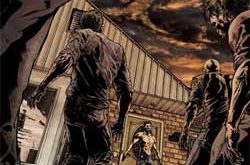