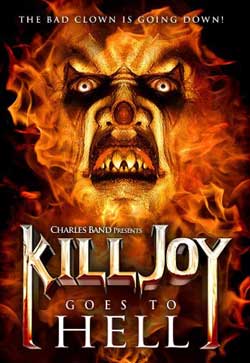 The demon clown Killjoy is on trial in Hell! Having failed in his last outing to claim his victim’s soul, he must face the devil himself in Hell’s courtroom and prove that he’s evil and worthy of a demon. His only hope is the testimony of his last victim and a trial by combat. Killjoy’s murderous minions Batty Boop, Punchy, and Freakshow plot a daring rescue attempt, but they have nosy detectives, renegade clowns, and a whole mess of demons in their way. If they fail, Killjoy is damned to oblivion, never to return!

It’s astonishing that Killjoy was ever produced, let alone the fact that it paved the way for a franchise. The 2000 film wasn’t good by any standards, and its 2002 sequel didn’t do much to redeem itself. Full Moon features produced a third installment in 2010 in an attempt to resurrect the series. Killjoy 3 was an improvement on the first two installments, although there really wasn’t anywhere to go but up. Writer/director John Lechago injected some much-needed humor, abandoned the “urban” environment and utilized improved production values. Evidently, it was profitable enough to warrant another sequel, as the killer clown is back in Killjoy Goes to Hell, with Lechago once again assuming the reins.

Killjoy (Trent Haaga, Terror Firmer) is resurrected again, but this time it’s not for vengeance. Instead, he is brought to Hell, where he is stripped of his powers and put on trail for his misdeeds. No, not his killing; quite the opposite, in fact. He faces charges of incompetence, ineptitude, inadequacy and a general lack of evilness. He is charged by the Devil’s Advocate, Jezabeth (Aqueela Zoll), and the court is ruled by Beelzelbub (Stephen F. Cardwell) himself. 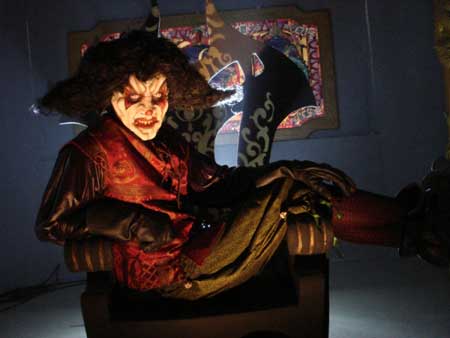 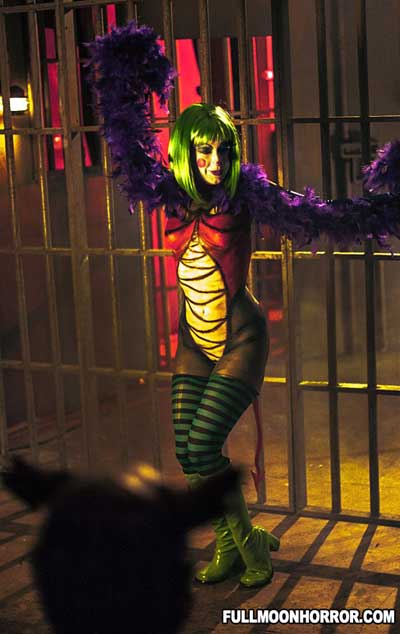 Skid Mark (John Karyus), a demon in training who looks up to Killjoy, volunteers to serve as his defense counsel. He also helps Killjoy resurrect his three underlings from the previous movie: the carny-speaking hobo clown Punchy (Al Burke), the mute mime Freakshow (Tai Chan Ngo) and Killjoy’s former muse, the succubus clown Batty Boop (Victoria De Mare). When those character witnesses don’t quite pan out, Killjoy turns to the one who got away to prove how evil he really is. Since surviving the events of Killjoy 3, Sandy (Jessica Whitaker) has been locked away in a psychiatric facility, where her stories of evil clowns were dismissed. Now she is being brought back to the underworld.

At an hour and a half, Killjoy Goes to Hell is the longest Full Moon movie in recent memory. The time drags, however, particularly in the midsection. The film is too heavy on dialogue, which is spotty in quality. Since most of the characters are monsters of some sort, there are next to no deaths. Thankfully, there’s some nice, over-the-top mayhem at the climax, but it’s not quite worth all the waiting around. 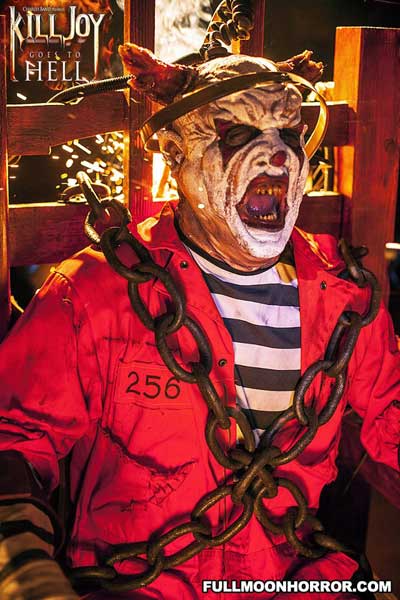 Haaga is back for his third portrayal of Killjoy, and he’s a treat to watch. Sure, the script isn’t great, but he’s clearly having a ball with it. The role is akin to a B-rate version of Robert Englund’s campy portrayal of Freddy Krueger in the later A Nightmare on Elm Street sequels. This film’s rendition of Killjoy also sports the best make-up. Not only does the demonic clown face look great, but when we first see Killjoy, he looks more sinister than ever with broken horns and no hair (although his signature afro inexplicably returns after a few scenes). 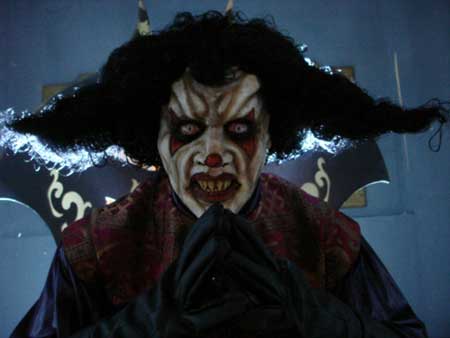 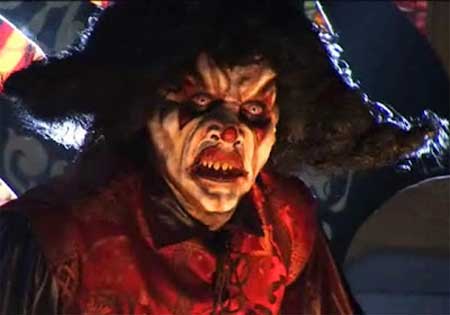 It’s nice to see Lechago and company try something new. Even though it doesn’t quite pay off, the film is still miles better than the first two. If you were a fan of Killjoy 3, you will certainly get a kick out of Killjoy Goes to Hell, as it is very much an extension of its predecessor. Not only do many members of the cast and crew return, but it also continues with the cartoonish tony. Sure, it’s silly, but that’s really the fun of it.