Get a wiff of ‘Zombie Ass’

With a title like that, they had me at hello! Ok, limited amount of info right now now but you can take a peek at the debut poster. The highlioght here of course is that it’s under the wing of Noboru Iguchi who did those outrageous “Machine Girl” and “Robo Geisha” movies

Synopsis: “Wracked with guilt over the suicide of her sister Ai, who was tormented by high school bullies, pretty yong karate student Megumi accompanies a group of older friends on a trip into the woods: smart girl Aya, her druggie boyfriend Tak, big-boobed model Maki, and nerdy Naoi. Things start to go badly when Maki finds a parasitical worm inside a fish they catch – and wolfs it down alive, in the hope that it’ll help keep her skinny! And then….zombies! The group is attacked by a crowd of poop-covered undead who emerge from an outhouse toilet, and seek refuge at the home of strange Dr. Tanaka and his daughter Sachi. But unbeknownst to them, Tanaka has been conducting experiments on the parasites–and the zombies!–and has another fate in mind for the five strangers from the city. What’s the connection between the parasites and the undead? And can Megumi’s karate alone help them escape, or will she have to rely on the liberating power of farts to save the day? Featuring special effects by FF 2009-2010 guest Yoshihiro Nishimura, and some truly jaw- dropping contributions from Iguchi’s genius subconscious (parasite anus-zombies?!?), ZOMBIE ASS is a heaping helping of bad taste that may go down rough but is guaranteed to come out smooth and regular.” 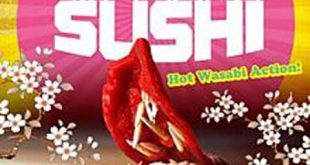 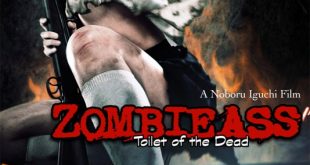 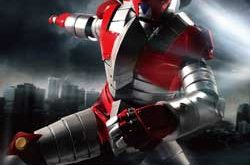