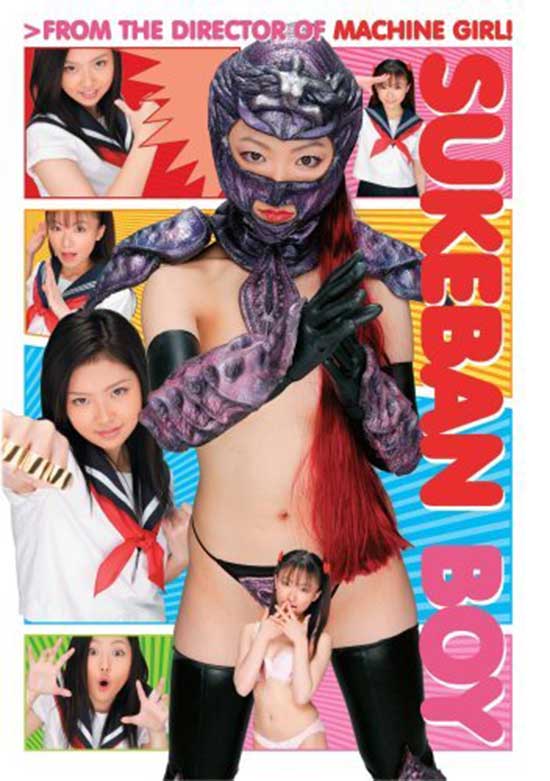 A raucous teen boy with a feminine face is teased everywhere, so his odd biker father dresses him as a girl and sends him to an all-girl school. The lad introduces himself as Sukeban, and a classmate, Michiko, takes him to after-school activities. Lessons on humility turn violent when a masked hatchet-wielding woman turns up. Jealousy, syringes of hormones, bare breasts, a blood bath, and more figure in the resolution.

Every now and then you watch a film and only one thought goes through your head; what on earth am I watching? Sukeban Boy is most definitely one of those films. Even though I am no stranger to exploitation, sexploitation, b-movies and all things of that nature, and even though I knew to expect something pretty unconventional, I still found myself quite bemused by this cinematic experience. 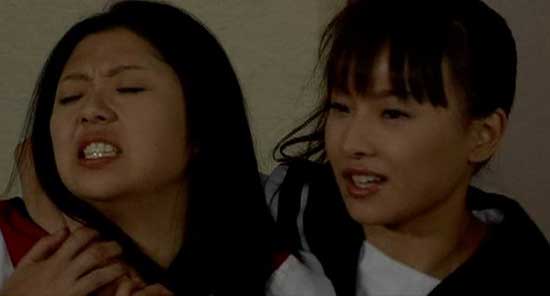 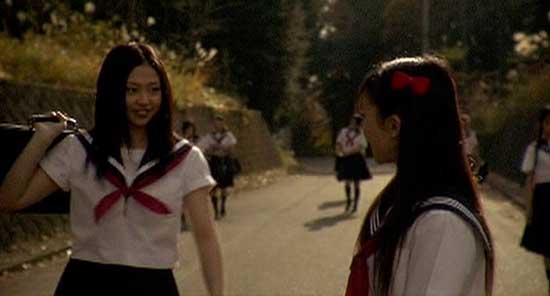 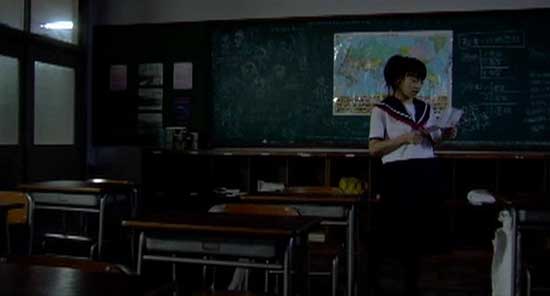 This basic premise in itself is nothing that new or exceptional. In fact, the whole thing distinctly reminded me of 1970’s British sex comedies like Confessions of a Window Cleaner (1974) or the Carry On films. This association is greatly supported by the rather whimsical 70’s style soundtrack playing throughout the film, making me suspect that these type of films have been a part of the inspiration for the films distinct style. However, Sukeban Boy doesn’t follow the flimsy plot structure of your bog-standard sex comedies or sexploitation.  It actually doesn’t really seem to have much of a plot at all. It’s more just a series of scenes which seem to work as an excuse to show boobs. Of course, that’s what most sexploitation is, but Sukeban Boy truly excels in not giving a damn about the plot and just follows one ridiculous scene with another. In short, the whole film pretty much consists of badly choreographed fight scenes with increasing amounts of blood and nudity. 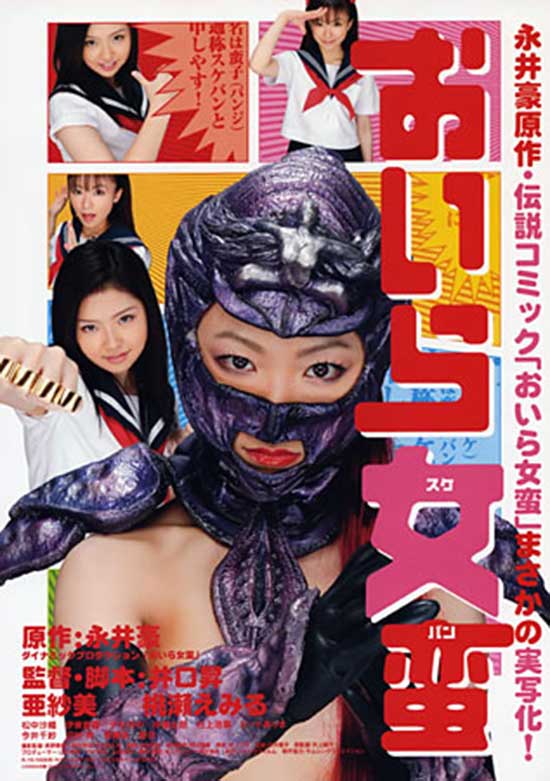 As you can expect from a film of this caliber, the acting is uniformly terrible, but intentionally so. Everything is exaggerated and way over acted, but it suits the tone of the film perfectly. The fight scenes resemble more a blunderous aerobics class than an actually fight and even though there’s more boobs shown in these 62 minutes than in some Russ Myer films, it is impossible to find the material in any way erotic. It’s way too ludicrous to start off with and just to make sure you don’t drift away with some kind of erotic daydream; the nudity is every now and then punctuated with some incredibly lowbrow fart humor. Among the bad acting and poorly performed fight scenes you can expect to see some gore as well, but this too is executed with the same level of silliness as the rest of it, including (but not limited to) people shooting bullets from their mouths, severed limbs, boobs that turn into guns and of course, oodles and oodles of really fake looking fake blood. All of this makes me suspect that the ideal audience for this bizarre trip would probably be 12-13-year-old boys.  At least that’s only consumer group that I can think of that might truly enjoy this particular combination of half-naked girls and uncouth humor. 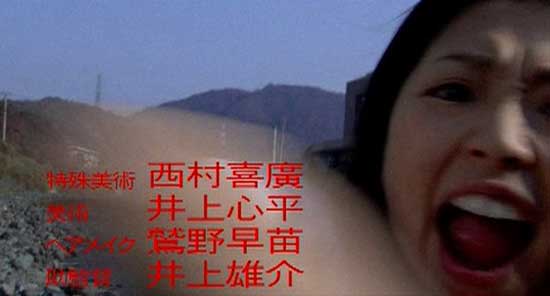 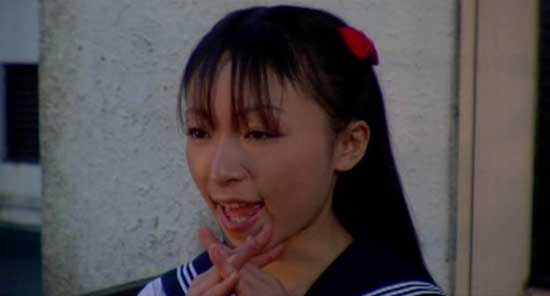 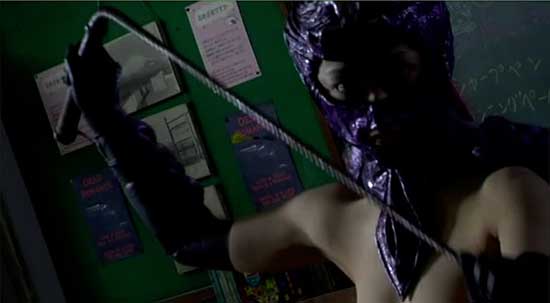 That is of course if said boys can get past the rather interesting gender blender aspects of Sukeban Boy. Like said, Sukeban is basically a boy in drag. Nothing too groundbreaking there, but things get slightly off the beaten track when Sukeban gets injected with a serum that actually turns him into a girl.  Meanwhile his would-be-could-be girlfriend gets injected with a similar serum turning her into a boy, thus introducing a curiously comical gender switch/transgender element to the film. Now, some viewers might find some this somewhat offensive, but because of the light-hearted nature of the film as well as the quite gender positive message of it all (one of the last sentiments of the film can be summed up as “Gender doesn’t matter when it comes to love”), I personally would find it hard to be even slightly provoked by it.  There are some more seedier elements to the story, like Sukebans father lusting after his own son/daughter, but even that can’t be taken too seriously.

Within this context, it has to be noted that it was kind of genius to hire a woman to play Sukeban. Considering the AV idol Asami is a young woman playing a young man, playing a young woman, she does an admirable job in her role. Her over exaggerated masculine manners and husky voice and the fact that anyone can clearly tell that she is a in fact a woman, not only adds to the humorous side of the film, but makes the whole gender blender theme even more prominent. Had the role been filled by a male actor, I have a feeling I would have been watching a very different film and much of the lovely whimsically light-hearted atmosphere would have been lost. 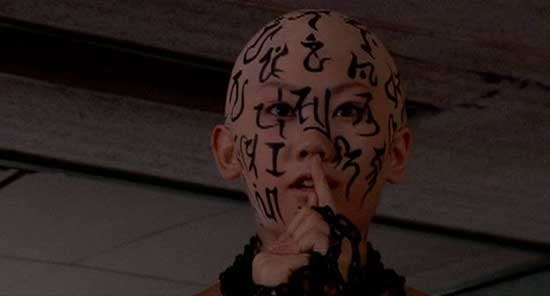 It’s hard to give a straight (no pun intended) verdict of Sukeban Boy. While I was definitely not quite the target market, I still found myself kind of liking it.  Even though it is utterly nonsensical and outlandish, there’s something sweet about the whole thing. Maybe it’s the patent silliness of it all, or the fact that the story doesn’t take itself seriously for one moment. I don’t quite know. All I can say is that it’s 62 minutes of complete nonsense, but if you just give into the absolute stupidity of it all, it can be a quite enjoyable watch.