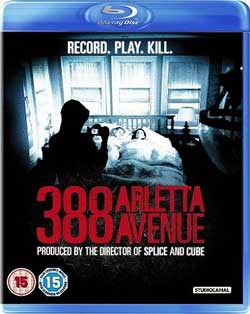 young couple find themselves in an unnerving situation with a mysterious stalker.

Contrary to opinion, this is not quite a found-footage film – 388 Arletta Avenue can best be described in one short sentence as a voyeuristic verite movie. Imagine Peeping Tom if it were based primarily and predominantly around the subjective camera.

It’s not a new concept created by writer/director Randall Cole, but it has scarcely been used beyond cult level. And it’s brought to us via reputable horror/thriller production company Copperheart Entertainment – the makers of Splice as the poster so immodestly boasts. All the omens point to an enjoyable film that, I suppose, is appropriately labelled as just a thriller, not a horror…Dammit! I can’t prolong the white lie – this film is barely even a thriller. Drama with a gruesome ending maybe but not enough ‘thrill’ to be categorised as a Thriller. 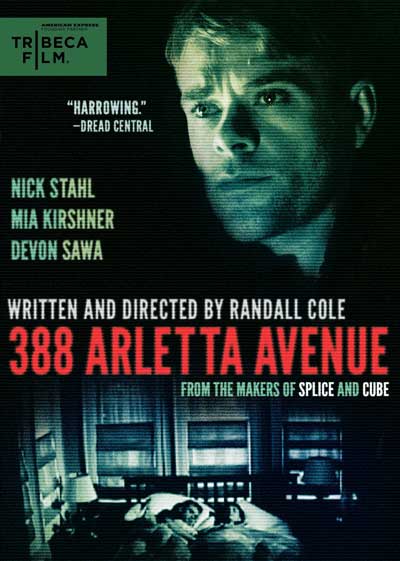 The general plot follows a young couple who gradually experience more and more strange yet relatively innocuous occurrences happening to them in their domestic life. Granted nobody likes a trespasser and, at times, the film has you wondering what the invader’s intentions are, but whether you find somebody looking through the photo albums on your PC distressing to the point that you want to watch similar larks for 2/3 of the film is a matter of personal preference. Myself, I wouldn’t mind being made a mix CD by an intruder who has great taste in music. Alas, this isn’t how I should feel about 388; I should feel unease with the premise and how relatable the material is to reality; I should be double-checking that my doors and windows are securely fastened this very minute. 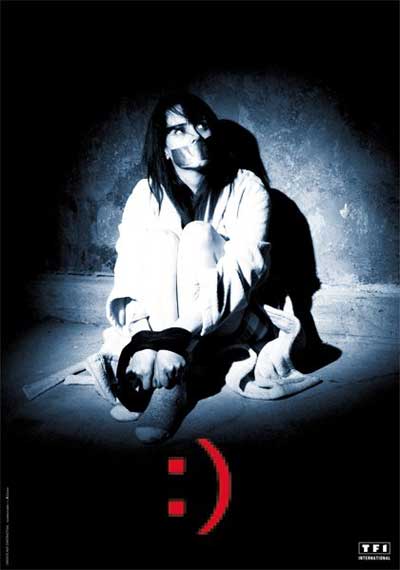 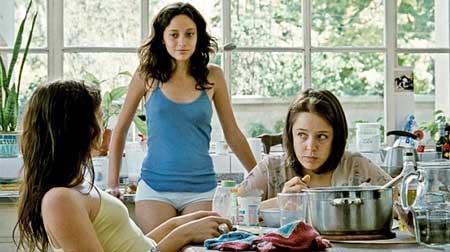 There are too many lengthy moments of nothing happening around the house, shot by the discreetly placed cameras; like segments of the Paranormal Activity series without any activity, just a building sense of foreboding in preparation for the shock in the final act. Though I doth my hat to this style of cinematography as a welcome change from conventional techniques; one that persuades the viewer to become voyeur, Paranormal Activity’s sequels suffered in comparison to the original because of the constant lack of action throughout their respective durations. Cole’s film seems almost identical to these tiresome sequels, playing out like an exercise in suspicion, paranoia and mild suspense with very little dialogue or soundtrack to supplement drawn out scenes. As mentioned in the previous paragraph, of course it is strange and upsetting in reality, the events that the couple are put through, but as a spectacle; as an entertaining film to watch on your leisure, Cole must have known that he couldn’t rest his laurels on merely persuading audiences to imagine how worrying it would be to have a meddling stalker for large portions of the film. The antagonist needed to be far more hostile earlier on to aid this theme, in summary. 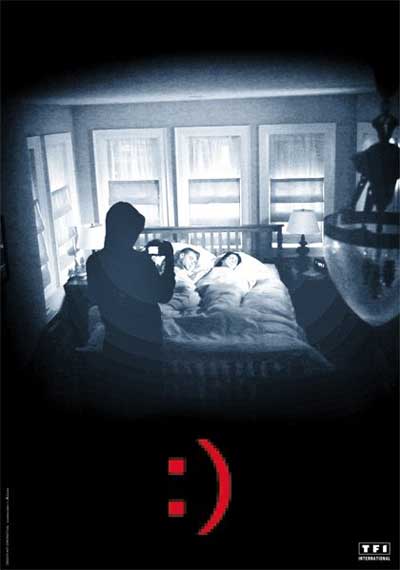 Because the antagonist’s modus operandi is mostly cheap and charming tricks, some of the schemes he hatches seem like nothing more than elaborate pranks. His presence therefore becomes more annoying and bothersome than terrifying, again, till it reaches the last 20 minutes of the film where things pick up a little. Even then, the film concludes so ambiguously that you’re ultimately left with far more questions than answers. 388 Arletta Avenue is a film that, if you are compelled to see it, you must stay with for a while and watch the narratively slowly unravel before only mildly peaking.