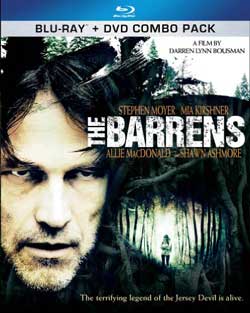 The Vineyard Family strives to rekindle cohesion and unity by taking a camping trip in the remote New Jersey forest otherwise known as The Barrens. They soon find they have far more to contend with than mere dysfunction as something sinister lurks in the shadows.

All in all The Barrens is a formidable concept that I’m positive looked nothing shy of brilliant on paper. I particularly like how the terror themed elements of the film revolve around something rarely touched upon anymore. It seems this day in age, especially in Hollywood if one idea is hot than the rest of creative and some not so creative irons are forged in quest to achieve the next blockbuster. While most horror revolves around apocalyptic themes, zombies, vampires, serial killers or reality based paranormal types in contemporary times, it’s truly refreshing to see an actual bona fide legend breathe new life onto the silver screen. 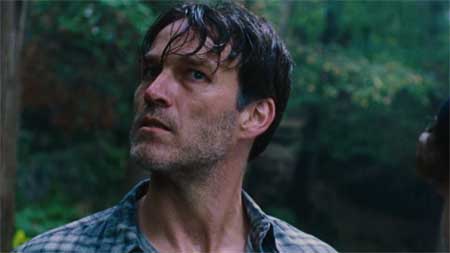 I’ll indulge not into a great deal of plot spoilers, yet I think it’s suffice to state the antagonist or evil force within this multi layered conflict is in actuality the infamous New Jersey Devil. Of course the writers had their own unique slant upon the folklore but if you have opportunity to see this film and know little bit about the New Jersey Devil tale do yourself a favour and Google it, even if it is just to look at the Wikipedia page; fascinating stuff. 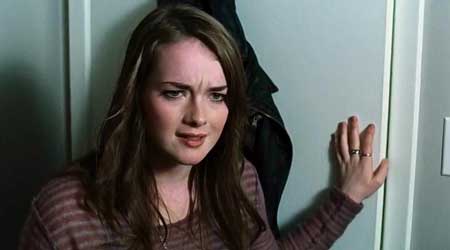 That being said, this is indeed a creature flick along the same lines as Bigfoot, The Loch Ness Monster, etc. I find a great deal of creature flicks can go horribly awry in mere cheese factor. Many of the productions cut corners on the special effects making it difficult to take any facsimile of the story line seriously. Director Bousman seems to pull it off here however, making the creature very elusive and allowing the audience to fill in the blanks with their own imagination. A most impressive musical score and sound effects enhance the plot rather than deter from it as it often can such as in the previously mentioned endeavors. The winged devil’s chattering, nattering utterances are harrowing that are reminiscent of the creature from Predator. It’s spine tingling desolate forest terror at its finest. Creating a plot line based upon actual legend suspends the audience’s belief system, embedding their sense of wonder and what if; making this film resonate with you long after the final credits have rolled. 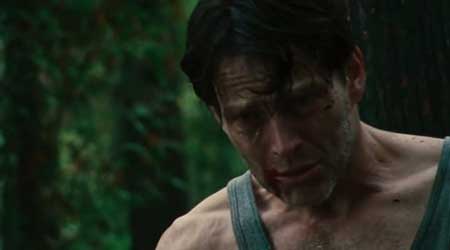 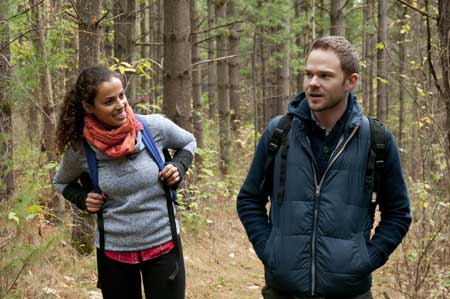 The subtext of the Vineyard family struggling to retain intimacy and unity while seemingly plummeting further down a spiral of dysfunction allows the average viewer to relate, making our characters for the most part all the more likeable. It’s suspenseful to witness each Richard, (Stephen Moyer), his children Sadie (Allie MacDonald), Danny (Peter DeCunha) and wife Cynthia (Mia Kirschner) grow even further estranged. We begin to lose all faith in their collective abilities to reaffirm a sociological unit. It seems inevitable impending doom is just around the corner. Richard’s descent into madness originates from something you don’t see coming. It captivates the audience deeper wondering if dear father has delved beyond the point of no return.

The cinematography is crisp, vibrant some of the shots in the forest landscape are breath taking. Some needed exposition into the history of the Jersey Devil is illustrated with finesse. Strobe like flashes into the past exploiting the creature’s origins are creepy and quite often hauntingly refreshing. 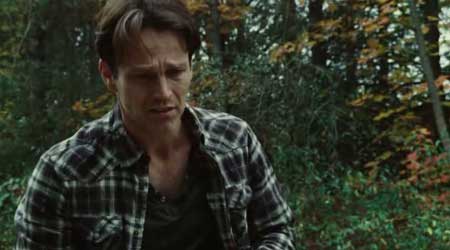 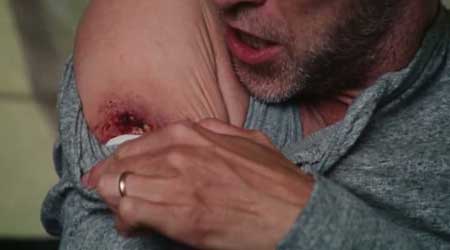 The acting for most part is high caliber. You may remember Richard played by Stephen Moyer from the smash runaway hit series True Blood. He played the unforgettable Bill Compton since 2008 to a stellar performance last season.

One very minor strife however is Richard’s intermittent British accent. Sometimes he has it. Sometimes he doesn’t. It tarnishes the actor’s performance tremendously. It’s baffling as to why the director either didn’t remove the dialect all together. It wouldn’t hurt the plot any and I’m baffled to see its relevance here. His erratic behaviour does seem a little extreme at first. I would have allowed a much more gradual descent. His first outburst comes completely out of nowhere which confuses the audience to a certain degree. 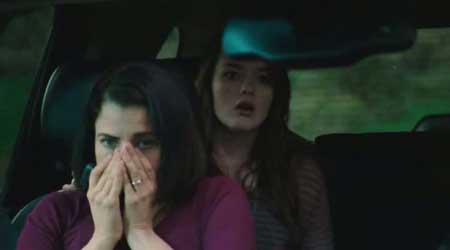 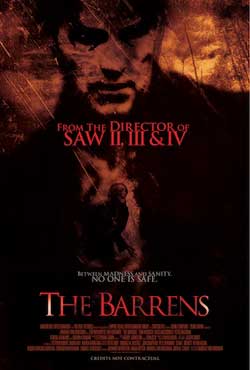 I think the makeup and special effects team did a bang up job on this production. The creature is positively awesome, so much that I can foresee a marketable franchise of comic books, t-shirts, figurines etc. as a result. The only thing that botched the believability factor is the loose entrails dangling from every victim. I do believe if a carnivorous, evil winged creature were to prey upon all that moves beneath his shadow, the intestines would be one of the first things devoured rather than always dangling from each hapless victim. It’s a minor pet peeve and for all intents and purposes a matter of opinion.

The Barrens is now available on bluray per Anchor Bay

Three out of Five Tombstones