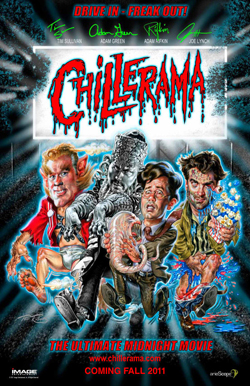 It’s the closing night at the last drive-in theater in America and Cecil B. Kaufman has planned the ultimate marathon of lost film prints to unleash upon his faithful cinephile patrons. Four films so rare that they have never been exhibited publicly on American soil until this very night! With titles like Wadzilla, I Was A Teenage Werebear, The Diary of Anne Frankenstein, and Zom-B-Movie, Chillerama not only celebrates the golden age of drive-in B horror shlock but also spans over four decades of cinema with something for every bad taste.

It’s closing night at the local drive-in …in fact the last of its kind for that matter and Cecil B. Kaufman (Richard Riehle), has a round of sexy sloppy gruesomes to throw at you. It’s the best in bad taste and naughty weirdness …it’s none other than “Chilleram”a.

Ok, imagine if Troma had a slightly better produced baby at the drive-in and mix that with lots of sexual humor in the vein of Porky’s…yep that’s about right, you got Chillerama. 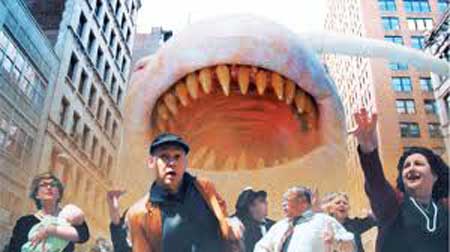 It’s got alot of cheap stabs and dirty humor that bridges from teen humor to total gayness to sexy hot freaky sex-filled riots. I’m sure you’ll get the gist right from the start when they unleash “Wadzilla” upon you which features a rogue mongoloid killer sperm that originates from the groin of an excited blind dater. In the classic style of cheap graphics and cut out green screens this stop motion sperm-zilla rampages itself way thru the city in search of a proper mate. 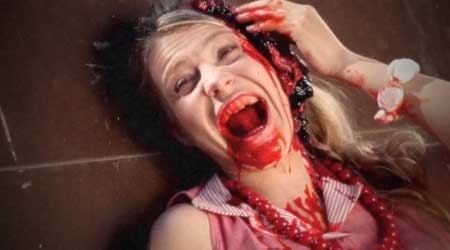 Though I have to say if you thought that was weird your only getting started.. “I Was A Teenage Were Bear” takes its gay-iety serious as a young boy falls for a James Dean homo that also happens to live a double life as a wear bear. In the tradition of Grease, this musical style film only gets worse as they abuse, dance, kill, splatter and poke fun at a whole lotta early teen beach party films. I think at some point, I was expected the cast to just burst into laughter from trying to keep a straight face…though when they go gay in “Chillerama” its really gay.

The drive-in pushes on with each new short film as another incident begins to unravel in the form of dating, getting laid and one freaky zombie employee who cant stop excrementing blue goo from his penis area. It probably didn’t help that the corpse of his deceased wife awoke from the grave and bit him in the crotch. Lots of nonsense here and I’m willing to be you dig it in a way that you’ll shake your head and ask…simply “why? 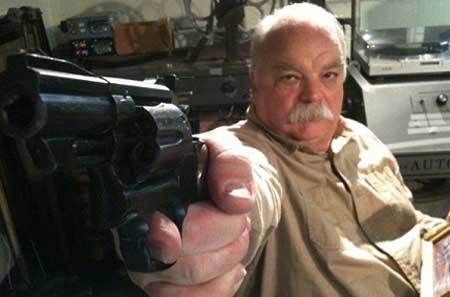 In “The Diary of Anne Frankenstein” they waste no time poking fun at Nazis and Jews all rolled into one. A Jewish Frankenstein seems to have trouble killing in the way that Hitler would like, but his constant German rants seems to do the trick in lighting some fire into this pieced together towering Jew-strosity. For those astute, you may have caught that Hitler is actually speaking a fake South Park German while the rest of the cast stays within the actual German language.

It’s both annoying and entertaining…what more can you asked for?

If that isn’t enough, There’s plenty of sexual humor right around the corner as the zombies crotch gizz gets mixed into the popcorn butter starting up an all around sex-fest killing spree. Good times here. 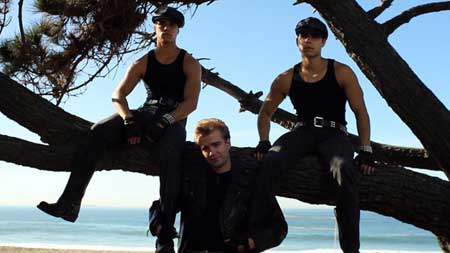 But wait….there is still the outrageous sh*t fest you wont want to miss titled “deathifacation” (or something like that) Yep, it’s a royal sh*t-fest, ass blowing, turd-loving crap sculpting ditty that just goes for it on 100.

“Chillerama” arrives out of the minds of directors Adam Rifkin, Tim Sullivan, and Joe Lynch in a way that asks “what hash were they smoking when they got together to write this script?”. It’s charm is in its ability to mirror a certain range of filmaking that takes us back to the 30’s and up. It’s not a high budget release, but it isn’t too low budget either. In fact referencing my earlier comment…it’s pretty in line with Troma level stuff. 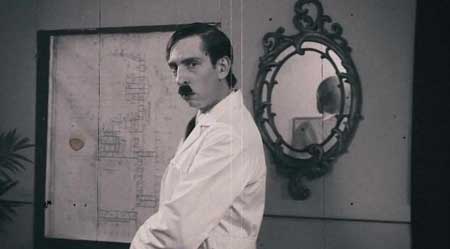 I think you’ll love it and maybe even miss some of the old days when Drive-ins were still a part of weekend fun. Its truly deliciously naughty and dirty good times in the form of retro teen humor made for adults.!!!