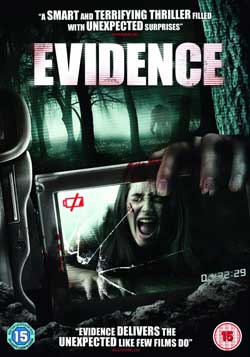 Ryan is making a documentary on his friend, Brett, about camping for the first time. However, once they begin camping, they discover that there is a mysterious figure that is hunting them.

By now your probably wondering what more could filmmakers possible come up with in regards to a handheld camera and cinema verite premise? The interesting thing about these films I’ve often found is the planning that goes behind the reveals when the action starts to happen. Usually they begin with some form of documentary plot line in order to justify “why” the camera is always present. This in itself seems like it would be difficult to always address the screen with a reason for running with a handheld. Well that aspect works pretty good in “Evidence” though you can’t help question if you would just drop the camera yourself and run. The prime reason this for camera handhelding in Evidence is a lack of light in which the camera provides a nice run-thru-chaos-spotlight. But then I’m getting ahead a bit. 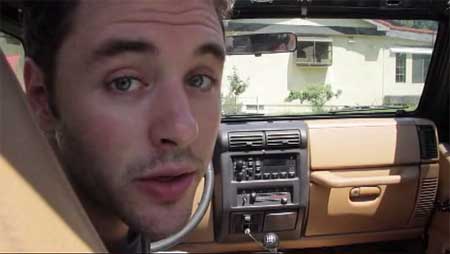 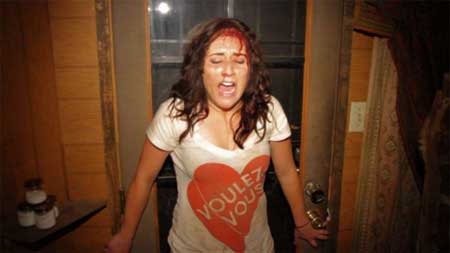 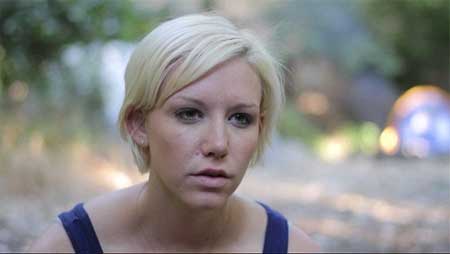 4 best friends head out on an excursion camping trip. Ryan (Ryan McCoy) has planned this trip in order to make a documentary. We don’t truly know why he wanted to make one, just that it will center on his friend Brett (Brett Rosenberg). To keep things more interesting he has invited his girlfriend Abi (Abigail Richie) and friend Ashley (Ashley Bracken) which make things a bit more cozy. In fact, the concept is initially kept very simple. A camping trip and small party in the woods. This seems to beworking out great, but as in most of these films, the other 3 begin to really start hating the filming aspect always prompting Ryan to quit and end his documentary. 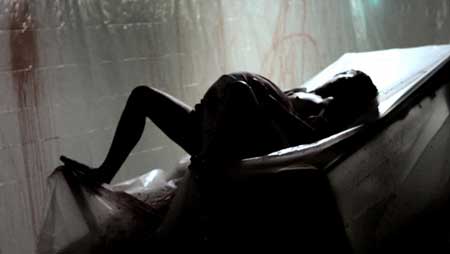 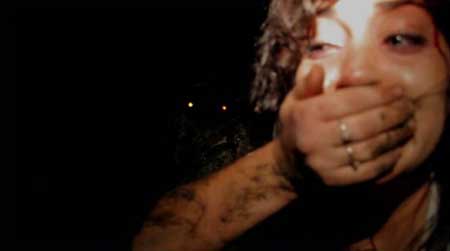 Well nothing is perfect out in the woods, and a few unexpected sighting and noises make things especially tense for the weekend. In fact the noises which are clearly not “animal entirely” begin to frighten the group to the point of wanting to leave. Ryan is the most adamant who believe it’s nothing more than coyotes much to the disagreement of the other 3.

It’s not too long after which, that things turn from argumentative to downright scary with unseen attacks, noises approaching and alot of night-time frights per way of narrow vision with a single camera light. If we were to just keep things within this frame of premise, I think “Evidence” wouldn’t live up to its goal. Though it’s clear when the chase, and hysterics begin that there is alot more going on in these woods than they ever would have thought. Abi and Ashley run for their lives into a barrage of questionable sights, unexplained prior events and a mess of turmoil already underway. Ashley Bracken and Abigail Richie do a inspiring job of staying frightened, hysterical and tense in this 3rd act to the film. 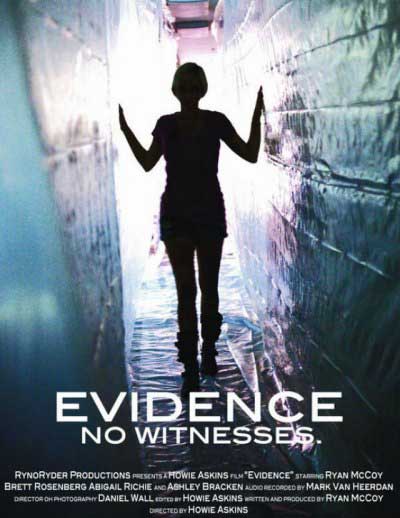 I ended up really liking “Evidence”. It has a smart use of planning that exposes a whole subplot underneath. Certainly it has its share of jump moments that really are at the heart of these films. We get alot of “what the crap, was that” scenes kept minimalistic to build on the tension. Evidence is at times very culty, in the sense that we never get a real back story. I won’t mention all the reveals but we get alot more than we originally anticipated. The unveiling comes in subtle dialog and subtle shots. There is one pause and talk scene where one of the off camera leads says “hey can’t believe they went thru with it”, in which we get the gist of the scientific aspect that rolled out to causing this chaos. “Evidence” is a smart and terrifying thriller filled with unexpected surprises. 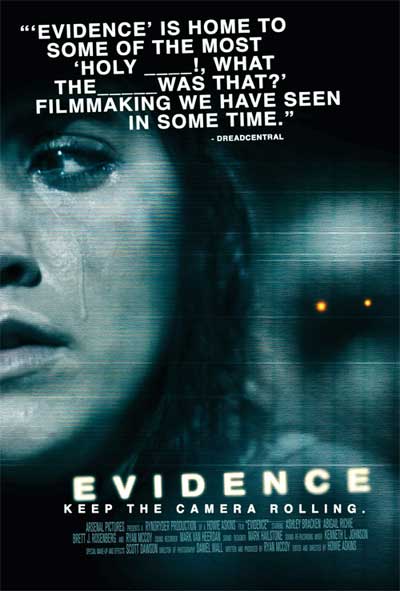 I believe audiences will get the brunt of it with minimal input. I do advise watching the entire closing credits which also fill in a few more gaps. From a production stand point, I wouldn’t feel right if I didn’t mention the fantastic closing credits sequence which ends the film on a highly professional note. This little ditty was directed by Howie Askins who has primarily worked in short films. He definitely has done his planning on this one with an effective camera-to-premise unrolling of events that works nicely. Nice job on this new entry into the cinema verite horror gallery. 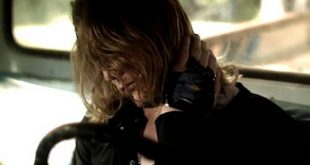