After the smashing success of the first release it looks like talk is already underway for a sequel follow up. Today Variety reports that Brian Kirk from “Game of Thrones” is being asked to possibly helm this project. The new film will of course bring back Chris Hemsworth to sport his mighty hammer.

Thor pulled in a whopping $447 million this year which in studio terms means “green light” potential for more Nordic God action. Though it will be the upcoming Avengers film that will really test the Marvel franchise for box office draw.

Variety reports “A number of other helmers had been considered for the “Thor” sequel, including Drew Goddard (“Cabin in the Woods”), James McTeigue (“Ninja Assassin”), Noam Murro (“300: Battle of Artemesia”) and Breck Eisner (“The Crazies”). 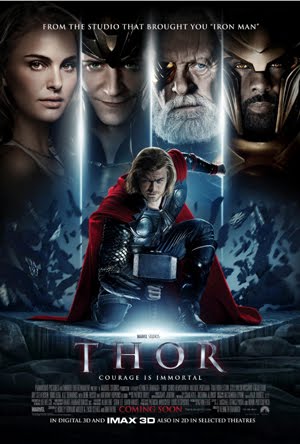