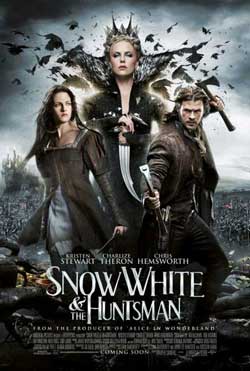 In a twist to the fairy tale, the Huntsman ordered to take Snow White into the woods to be killed winds up becoming her protector and mentor in a quest to vanquish the Evil Queen.

Quite an epic unto itself, “Snow White and the Huntsman” takes on the classic story of Snow White and mashes it up a bit into a hipper, more visual version unto itself. We are joined with “some” of the usual cast of characters, but not in the way you have come to know thru storybooks. Director Rupert Sanders takes what is essentially a children’s story and gives it an adult flavor that put its more in league with films like “Lord of the Rings” and “Legend”. I wouldn’t place it next to “Narnia”, but it does arrive from much of the same realm.

“Snow White and the Huntsman” is pretty packed with its 127 minutes presentation (even offering longer for the extended version) bringing in some cool other-worldly factors with magic and mystery added to the story of this famed fairytale. Kristen Stewart is Snow White and despite also being from the monotoned “Runaway” camp, does a bang up job as the king’s daughter and focal character of the film.

Charlize Theron plays the counterpart of this tale as the evil witch Ravenna. Ravenna wastes no time in the film’s first act at seducing the King, becoming his bride and taking over the kingdom with her evil army. Don’t let her charm fool ya as she brings her evil side on very quickly (and very determined). Imprisoned by her own vain, Ravenna constantly calls upon her magic mirror to ask it “Who is the fairest of all?”. 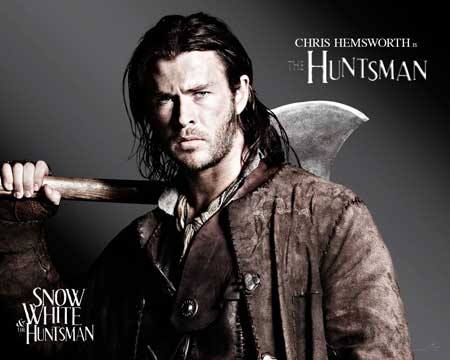 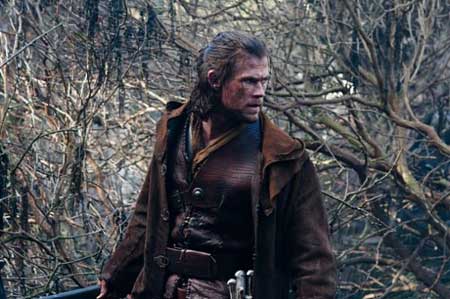 It is Snow White who is imprisoned early on and kept in the castle tower until coming off age, that kicks starts this adventure. As a prisoner, she is spared her life (only because of her value as a daughter of royalty) though the rest of the village is not so lucky. It is years later when Snow White has become older, that the magic mirror reveals to the queen her value in retaining the queen’s immortality (and good looks)

Snow White outsmarts Ravenna’s brother Finn (Sam Spruell) and heads to the “Dark Forest” for recluse. This “Dark Forest” has its own set of rules with a few interesting characters roaming its woods. Threatened by Snow White’s value, Ravenna orders a Huntsman (Chris Hemsworth) to retrieve Snow white and bring her back to the castle. We discover, the heart of Snow White will give Ravenna the immortality of eternal youth (something that her cold heart wants more than anything the world can give her). 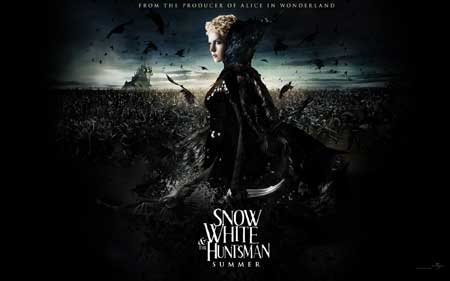 “Snow White and the Huntsman” doesn’t forget about its traditions, however you’ll find no sign of “Sleepy”, “Bashful” and “Angry” in this version. Instead we do encounter the 7 dwarves who fight like men and congregate like they just fell out the film the “Time Bandits”. A complete tale of good vs evil, audiences get their fill of cool things here and there to appreciate. My favorite being the “Troll”, with other inclusions coming from the demented magic of the dressed-in-black mega bitch herself. While viewers might be waiting for the famed poisoned apple to enter the picture, it does so without pulling the film down into a long slumber of seeing Kristen Stewart sleep thru the whole film. Great move on the production planners…..and great move on empowering her with some worthy fight behind her. 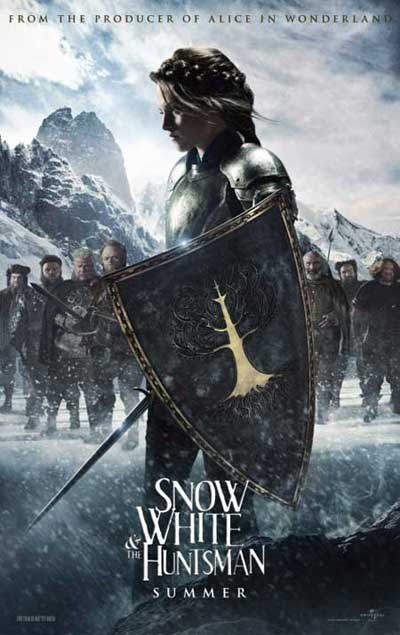 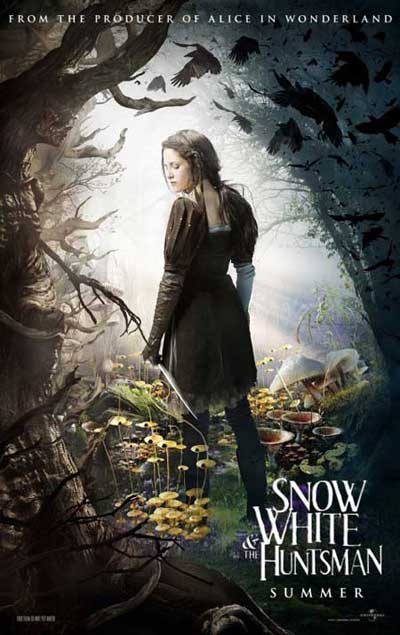 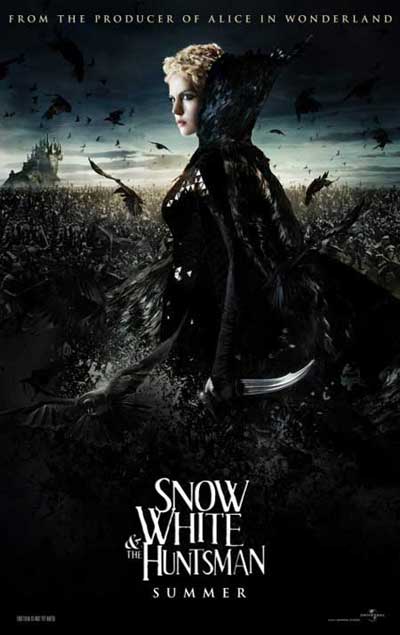 “Snow White and the Huntsman” is quite a slick film. I can say this as one who waited to see it on DVD (rather than its theatre debut). Upon announcement, I wasn’t sure if it would satisfy my needs as a film-goer, let alone appeal to my fantastical needs in modern movies. However I can say I did quite enjoy it despite it being rooted in fairy tail lore. The visual FX added were “spot-on” in the same fashion of the “Lord of the Rings” films. The feeling of the movie also take this tone, prompting an unlikely addition to the Hobbit style library selections. Charlize Theron was very appropriate in her role, making us believers that she indeed has a mean streak that shines thru in her performance as an actor. I got the sense that this version of her might in fact be closer to reality than some of her other roles in films. Still quite the beauty, she is in fact the evil Queen Ravenna. An all around complete and stunning movie.