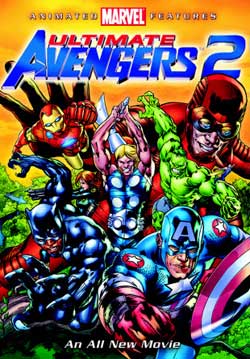 When the Chitauri invaders are sighted in the African kingdom of Wakanda, the Avengers covertly enter the advanced nation to investigate.

Sequel to “Ultimate Avengers“, arrives the 2nd Avengers team entry into the Marvel animation film series. It is also known by it’s more descriptive title of “Ultimate Avengers 2: Rise of the Panther”. If you didn’t catch the new inclusion here, you’ll note that this sequel introduces the African American character of “The Black Panther”

“The Black Panther” is a hero character stemming from the legacy of the Wakanda Island kings. Wakanda is a private island isolated from the influence of the rest of the world and ruled under it’s private kingdom. 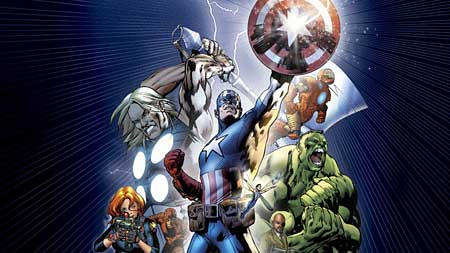 Our villain for this round is none other than Herr Kleiser, a Nazi alien shape-shifting bad ass who first did battle with Captain America during World War II. Kleiser is particular hard to kill as his morphing body is able to take brute force attacks while changing at will.

T’Challa the Prince of Wakanda is forced to face the outside world as his island becomes under attack by a group of aliens known as the Chitauri. T’Challa is promote d to king when his father dies shortly after. Thus as its always been done, the new king inherits the legacy of becoming “The Black Panther” (protector to Wakanda). The Black Panther possess a cat-like agility while also being able to release his sharp firing claws like a gun at opponents. 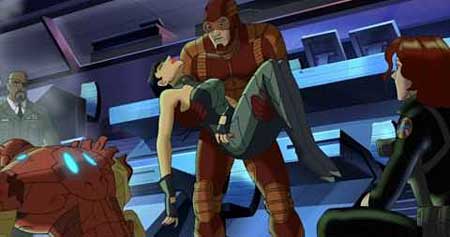 T’ Challa as the Black Panther learns that he is not going to be enough to combat these exterrestial foes. He calls to the aid of Captain America which in turn activates the entire team of Avengers. General Nick Fury rallies up the team who appear to be still somewhat broken from the last film. Issues occur within the team while the Hulk is now residing in an isolation chamber due to his uncontrollable urges. The Hulk deals with his owner drama…or should I say Dr. Banner’s drama. Banner is forced to watch his own transformation per a reoccurring playback (from last film). He is also forced to witness the level of destruction he inflicted on the world and the team.

Aliens are learned to have a need for the element vibranium which they use in their weapons and spaceships. This need is what fuels an attack on the planet and the fight against the Avengers.

As a follow-up, “Ultimate Avengers II” continues where they left of with each of the heroes dealing with the various aspects of their lives. One of which includes a pre-cursor with Captain America and Black Widow hinting at beginning their relationship. Thor has a vision of which is important enough to alert the team, though Thor also proves himself to be somewhat of a loner and not an all around team player. Giant Man and Wasp continue to have their issues but ultimately its Giant Man’s ego that seems to get in the way most of the time. Though Giant Man does receive his accolades this round helping him deal with his own insecurities. 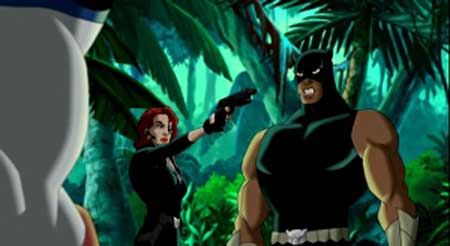 This 2nd film entry appropriately introduces “The Black Panther” but also spends most of its time centered on this character’s background. Being that the Black Panther” is not one of the more popular of the Avengers legacy, I would have preferred it delve more into the Avengers themselves or at least one of the more popular characters. Again we have aliens in the mix with an obscure villain. The aliens have been done already and its time to really move on to premier Marvel villains. I’d love to see a team of these anti-heroes in the next release battling head to head with the “Avengers” team. 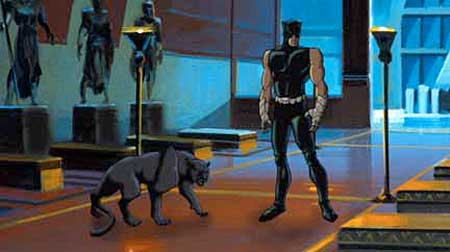 Animation this round follows suite with its former release also keeping its storyline focused on a more adult viewing audience. In short, this film combined with its last film makes for a great overall adventure. Fans of the heroes themselves are urged to also check out a few of the character focused off-shoots also available on Bluray.