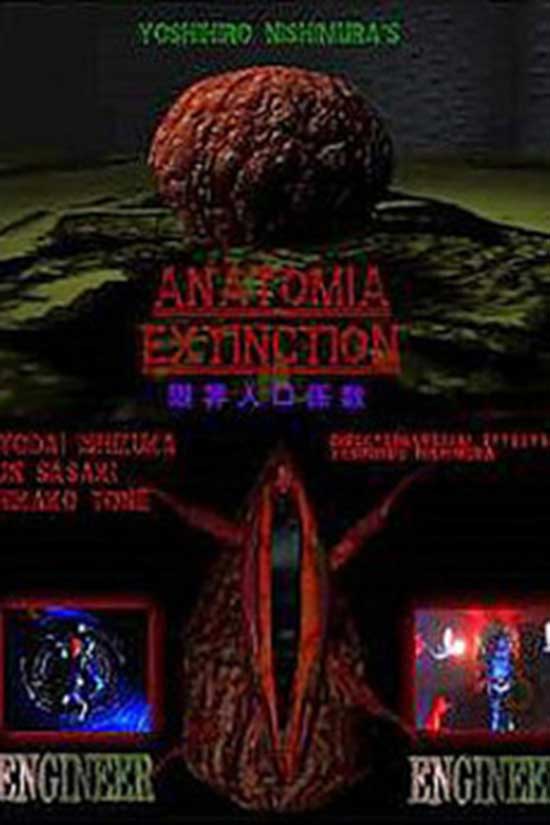 Independent film from 1995 that “Tokyo Gore Police” is based on. Nishimura’s debut film.

The rather oddly titled Anatomia Extinction is an avant-garde horror/sci-fi hybrid by the director/special effects artist Yoshihiro Nishimura. A precursor to Tokyo Gore Police (2008), it is a bizarre trip of giallo like beauty and gross out body horror, all tied in a neat little 54-minute package. 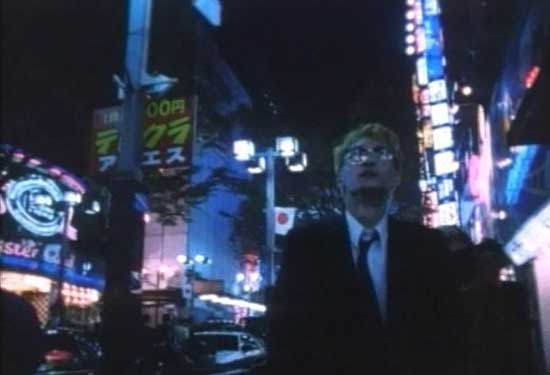 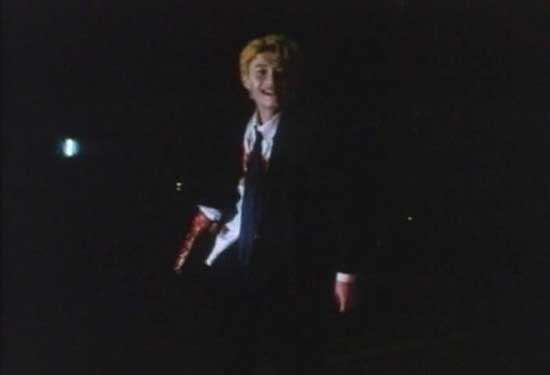 In an undisclosed time in near future, Tokyo is suffering with overpopulation and overcrowding. The mounting pressure on people is creating more and more stress and some are turning into murdering others in the hopes of helping to solve the population crisis.  The film follows an ordinary businessman (Kisei Ishizuka) at a tipping point of sanity. As the pressures of the everyday life are getting too much for him to bear, things take an even darker turn when he is witness to a murder down in the subway and gets pursued by the strange killer himself. However, the killer has no plans of murdering our protagonist but instead he recruits him to be a part of a murderous group called “The Engineers” and invites him to join in with their mission of reducing Japan’s ever-growing population. However horrified by these events, our reluctant hero soon finds out he has very little say on the matter as his body starts go through some curiously horrific changes and his impulse to kill is not entirely under his own control. 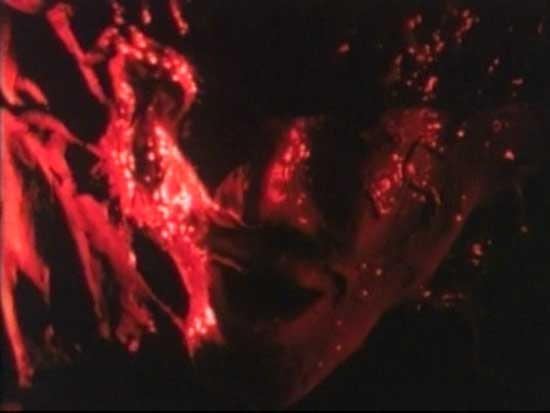 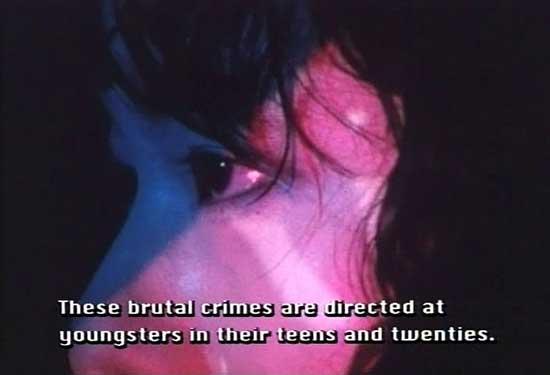 All of this is set in a backdrop of news items telling a story of overcrowding statistics and increasingly more violent and gruesome murders being committed all over Tokyo.  This works very much as the main narrating tool of the film, as the rest of it relies very heavily on the visuals rather than dialogue.  From the very first scene it is obvious that you are not in for your bog-standard sci-fi romp. The opening images of the main protagonist’s agonizing screams in middle of a crowds with a striking red light shining on his face and smoke pillowing around him, set the mood for the rest of the story.  The colour red as well as a beautiful deep blue, both very reminiscent of 70’s giallo films, establish the main colour palate for the film and help to create a dream like atmosphere for some of the stranger scenes.

The hectic editing style, together half-man/half-machine type body horror, are noticeably reminiscent of Tetsuo, the Iron Man and it’s fairly obvious that Tsukamoto’s 1989 fantasy of flesh and metal has been at least partly the inspiration behind the film. Other films that sprung to mind while watching Anatomia Extinction were David Cronenberg’s body horror classic Videodrome (1983) as well as, perhaps slightly weirdly, Clive Barker’s Hellraiser (1987). That is not to say that Nishimura has copied Tetsuo or any other films for that matter. Indeed, Anatomia Extinction has enough of imaginative ideas, especially in its visual execution, to be seen as a completely original piece of work.  It simply lends from the best in order to create something new. 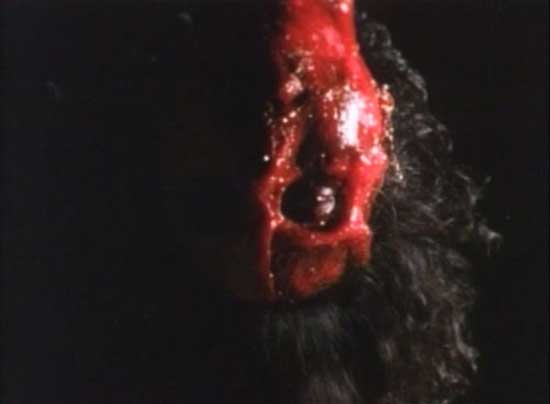 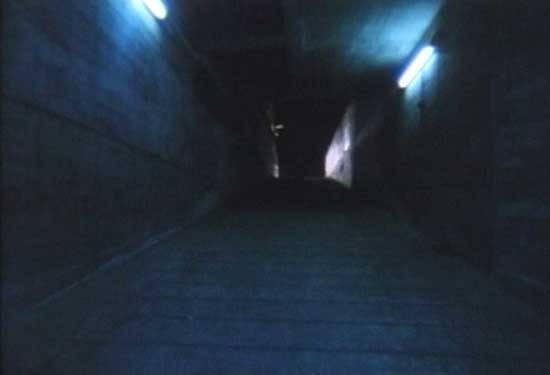 Much like Tsukamoto, Nishimura is a bit of a jack of all trades when it comes to filmmaking. He not only directed Anatomia Extinction, but also wrote the screenplay and is the man responsible for it’s special effects. His talents on the latter is what really shines through from all the madness of the rest of the film. The scenes of mutating bodies are delightfully gruesome and there is one particular scene with a flayed body of a young woman which is a cut above the rest (and the very thing that made me think of Hellraiser). Not all the effects are quite as good, some of the CG effects are understandably very dated, but luckily, they are pretty few and far between and the majority of the films special effects have been executed the old-fashioned way. The soundtrack is also nothing to rave about and really left no impression on me whatsoever. That being said though, I only noticed this towards the end of the film as I was so focused on the visual side of it. 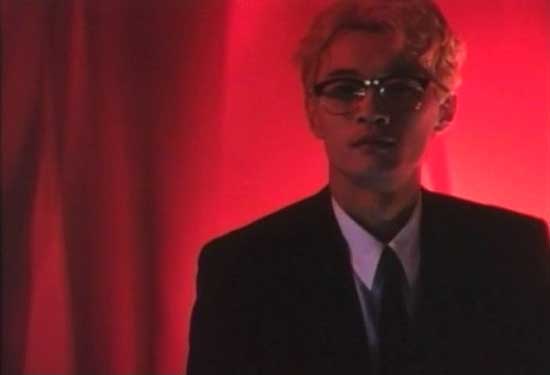 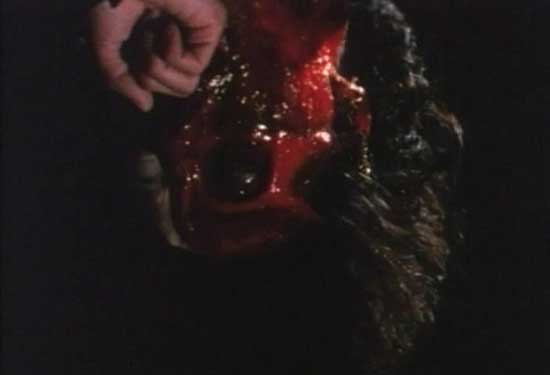 Anatomia Extinction is a strange watch to say the least and definitely not for everyone. Fans of Tokyo Gore Police might enjoy seeing where the inspiration for the said film came from and equally fans of Tsukamoto or Cronenberg might enjoy the macabre little world Nishimura has created. If you’re not a fan of the avant-garde or prefer your films with dialogue, you need not bother. However, if you enjoy trippy visuals with grisly violence, Anatomia Extinction might just be your cup of tea.