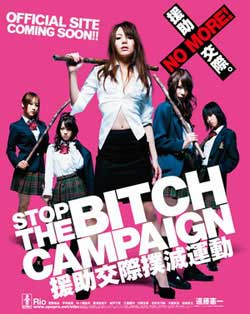 Mysterious pervert Kuni (Endo Kenichi) is strongly against the practice of “compensated dating” prostitution, and yet inexorably drawn to the sexy young call girls he scorns. To make Japan a better place, he embarks on a cruel campaign to rape, punish, and humiliate teenage call girls. After a number of girls fall victim to Kuni’s SM torture, Aya decides to fight back with a campaign of her own! Based on Yamamoto Hideo’s manga, the oh-so-entertaining sexploitation revenge flick Stop the Bitch Campaign keeps its priorities in the right place, going completely over the top with a loopy storyline of sex, sadism, and sweet comeuppance!

Well if you want to get folks attention you can always title your film with the word “Bitch” in it. Though I think maybe the Asian’s misunderstand the meaning a bit as indicated in this well constructed but extreme entry into the “rape a school girl” line of on-going Asian releases.

It seems that there is a bit of an issue with school girls who sells their bodies to make extra money. In fact it’s almost handled with the same kind of treatment as we might handle with kids who smoke pot in U.S. made style films. The trend or problem ….as we’ll call it has prompted another dreg of society to create almost an urban legend of the one they call STBC Yuni. As the the school girls gossip, they reveal that this man picks up young girls per online chat rooms who are trying to sell there bodies for cash. The difference is that he is known for torturing and raping them always ending with the trademark engraving of the word “Bitch” which is burnt into their skin. 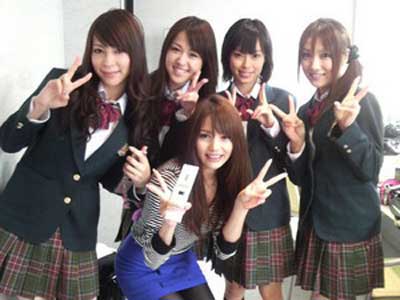 A contradiction to this fact is that he is doing it to stop the problem of teenage prostitution. In other words, teach them a lesson, brand them as a bitch in the hopes that they abandon the practice all together. There of course is holes in this way of thinking but we are of course dealing with a psychotic of sorts. Funny though…. I would of thought he’d of chosen the word “whore” or slut” rather than bitch….but hey that’s just me.

The film prompted me to research a bit of the legacy to see what I may have missed. The film as indicted in its synopsis is the 3rd installment of the “Stop the Bitch franchise. I would have thought though for the 3rd installment they would have named it different than the first …maybe its just the Asian-to-English crossover that kind of got muddled. The film is directed by Kôsuke Suzuki who also directed the previous 2 releases. It looks like at one point it was also known as “Compensated Dating Eradication Campaign” which is just a bit too much to try and market to browsers on a shelf……so bitch campaign it is. 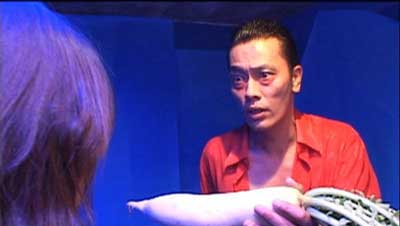 Back to the story, Suzuki has actually managed to really throw a few loops into this film. We get young girls who are victimized, then empowered and then victimized again. Though it is done quite cleverly in a way in which I really don’t want to spoil the final act. However, the focus is on a reporter named Aya who is investigating the circumstances after her younger sister was found raped, beaten and then followed by an act of suicide.

The engraved “Bitch” trademark is the trait that has her determined to find this urban legend of a man called Yuni. Once she posses up with some friends of her sister, they start to bait the callers so they can track down the STBC yuni and repay some retribution. This heightens the experience as they beat the sh*t out of perverts, and literally torture them where they stand. 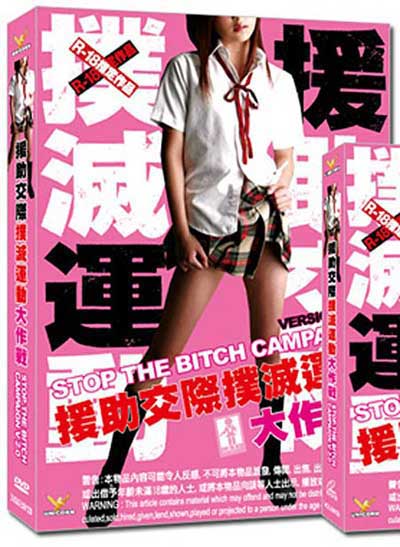 All this leading up their main target who they’ve got a few things in store for as well. The film is a combination of torture p*rn, empowered females, mystery and thriller all combined. A few surprises await and a few oddities as well. I think I’m most surprised at times in the inventiveness of the violent acts. Add to that it being implemented by young girls wearing uniforms …another common thread in these Asian horror films. I think somewhere there is a lesson being communicated, but it gets overshadowed with vindictive and yet playful school revenge. I’m tempted to seek on the first version (2001) but I’m guessing that this 2009 version has everything we need to see.

Suzuki, knows his audience and delivers full circle in this new film. I’m recommending it and also drawing caution to its nature. Powerful, bold…….hardcore horror…. Definitely one “I’d” watch again. 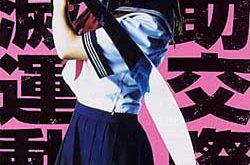