Horror movies, not like urban legends, are not likely to be based on a grain of fact. They can be based on some long lost ancient myth passed down from American Indian tribe to tribe. I look at horror movies and I ponder how much fantasy is present vs. realism. I want to know if it is possible for someone to kill me in my dreams or to never die.

I want the option of kissing my ass goodbye now or party until the sun comes up secure in the belief Freddy Krueger would never exist… ever. The following top 10 list represents movies that could be based on fact sometime in the future. There are most likely more than these 10 but these are the standouts.

10. The Crazies –
I’m not talking about zombies (unless you could politicians) mindlessly killing people but I am suggesting that crazy juice could be created and consumed. The resulting psychosis could turn our friend and family into bloodthirsty psychopaths. With all of the biochemical agents being developed and with corporations dumping hazardous materials wherever they please it is certainly a possibility. If I were I would start boiling my water. 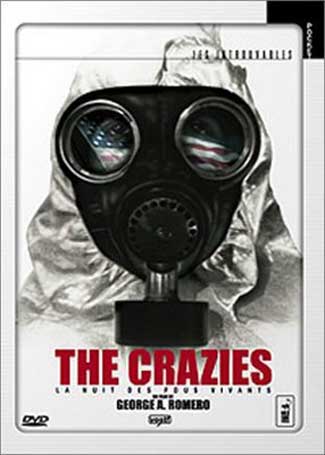 09. Wrong Turn –
This personally scares the hell out of me because it really is NOT far-fetched to think this is not already going on. I have driven through West Virginia. Trust me when I say any path NOT on your GPS or Road Atlas should be AVOIDED! Inbreeding was popular in this country at one time just as it was in other countries. This explains the French. 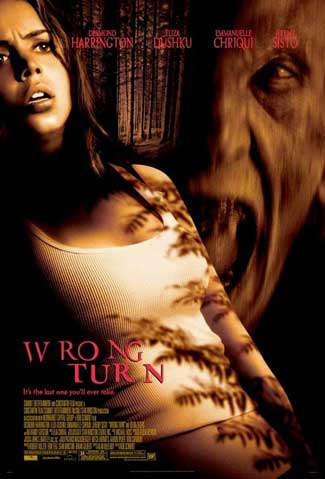 08. Cabin Fever –
This should serve as a warning to not eat anything you find in the woods. I don’t care if it looks like a raspberry or not. If there is not a little sign next to the thing that says it’s safe then reconsider picking the damn thing. Even the bad musical number is a possibility given the fact that Justin Bieber is popular. 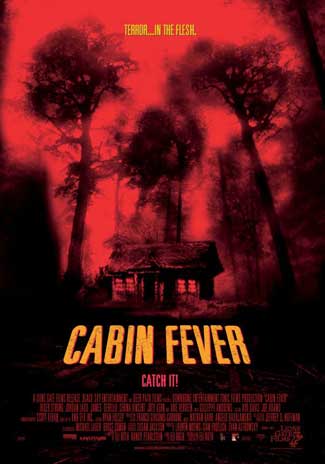 07. Twilight –
OK… you first have to push away the thought that this is not a horror movie. It’s horrible but the subject matter is a horror staple. You need to look at the thing as a whole; at its depth. Is Twilight about vampires? Of course not! It is about kids who think they are vampires, throw on flitter face powder and stalk people. In that respect it is certainly plausible and the film itself has already caused this to be the case. Just visit a Hot Topic store. Be afraid. Be very afraid. PS: I’m on Team Blade. 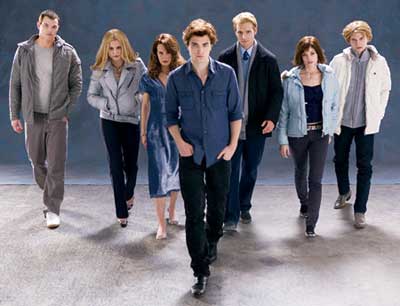 06. Nightmare on Elm Street –
I know you think this is IMPOSSIBLE but I say otherwise! How many of us out there would not burn a child molester alive if he diddled one of our kids? I know I’d get out the marshmallows. Man gets trapped in building and burns but survives. He goes into hiding and using psychology along with an aggressive psychotropic drug he steals from out of town he poisons the water supply. In time he is able to manipulate people’s dreams by popping up here and there. He would exist as a figment of their imagination and, as such, invade their subconscious until he can exact the killing blow. 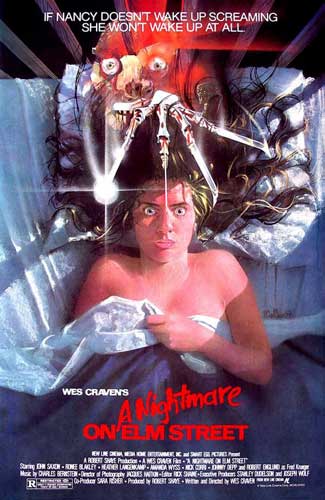 05. Friday the 13th –
For this one I have to bow my hat to the reboot version as well as Part I and Part II. This works as a realistic scenario prior to the insertion of magic and myth. It is plausible for a mentally retarded person raised at a camp to learn those skills of archery and marksmanship. It is also possible that the counselors are knocking boots and ignoring the children could easily lead to the kid nearly drowning. Mom dies and he is left alone. Not having the proper coping tools he sets out to hurt those that hurt him. 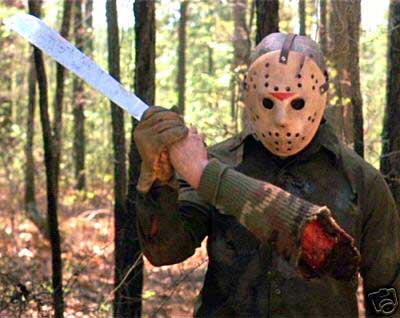 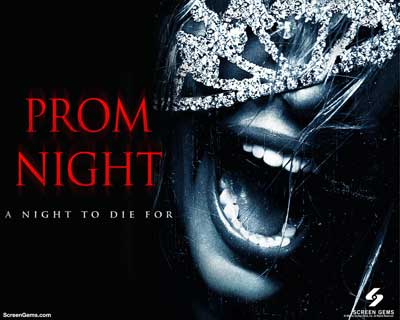 03. Last House on the Left –
Do I even have to justify this with intelligent banter? The movie is very realistic and that shows. Completely plausible and word of advice: avoid cul-de-sacs. 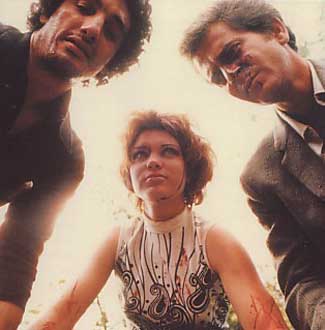 02. SAW –
This is not only plausible but also needed! We could put politicians through these traps. People screwed by the health system are a dime a dozen. Someone with some money, time on their hands and cheap day labor could easily pull something like this off. 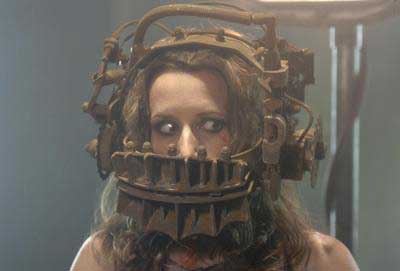 01. PSYCHO –
Mommy issues and taxidermy are all that is required. A small hotel in the sticks is very common. Is it too farfetched to believe that someone would not be as broken as Norman Bates? Next time you are traveling through the middle of nowhere never stop at that little motel with half a dozen rooms. Spend the extra $20 and find a Holiday Inn. 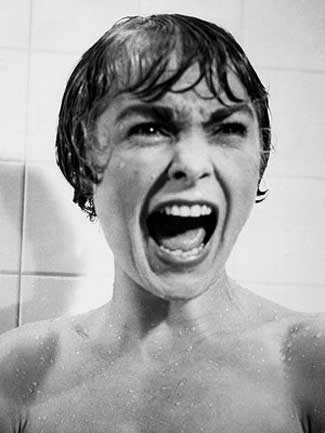