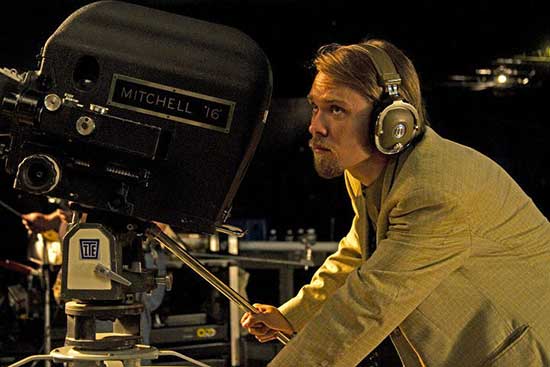 Director/Writer Mike P. Nelson (The Domestics, Summer School) directed Wrong Turn. A reimagined look at the film with the original writer, Alan B. McElroy. Mike P. Nelson spoke with Horrornews.net. He talks about everything from casting the cast, those wild traps in the movie, and creating the look for The Foundation. Make sure to check out the interview and watch Wrong Turn On Demand, Digital, Blu-Ray and DVD on February 23, 2021.

HNN-Hi Mike, how are you?

Mike P. Nelson- Good. How are you?

HNN-I’m doing good. Thanks. I watched Wrong Turn and it was wild. I wanted to tell you that when I was watching the movie and you first sort of meet The Foundation. It was like the scene in Apocalypse Now where Captain Willard meets Colonel Kurtz. I didn’t expect this. It was so good.

HNN-That was gnarly. This one definitely stands on its own.

Mike P. Nelson- Thank you so much. I appreciate that.

HNN-How did you get involved with the film and with Alan B. McElroy?

Mike P. Nelson- I got the script back in late 2017, so quite a while ago. I remember reading it for the first time and having the same reaction most people are having now watching it. Just like, “what is happening?” That’s what was really exciting about it. It was also cool that Alan was not only the original creator of the first movie and the key characters, but that he was given the opportunity to reboot the world he created. We had a great producer, Robert Kulzer who was like, yup we believe this is a cool idea. It’s bold and we all knew very well that it would be divisive. There would be a lot of people asking, “where are the cannibals? What’s going on? But what was so cool about joining the project was everybody was in the same headspace. We wanted to create something unique. We wanted to do something bold; we wanted to try to make something challenging out of this franchise that frankly, had gotten tired. I feel like franchises have a lot of red tape around them. You can only touch this; you can’t do this. You’ve got to make sure you don’t change this. There’s a lot of rules. There were very few rules going into this, other than the ones that Alan created, where he said, this is the way I want the story to be. It was all very new and fresh.  I pitched for the movie and away we went and everybody’s mindset stayed the same all the way through finishing the film. 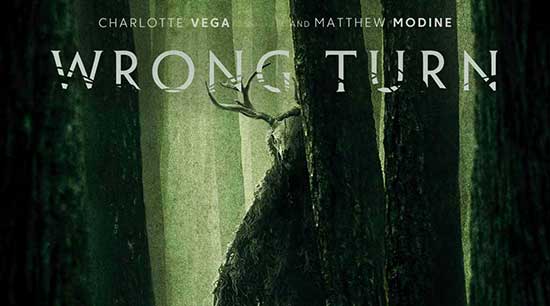 HNN-I think that’s awesome. I was kind of glad there were no cannibals. The story is good. It’s like history and you have these people living in a sustainable community in the middle of the woods. They built the traps and every trap is deadlier than the last. The costumes are wild. It was like the forest came to life. How did you figure the costumes and the traps out in the film?

Mike P. Nelson- I’ll start with the costumes. Gina Ruiz, who designed the costumes, her and I had a lot of conversations, and went through a lot of pictures. I’d built a pretty involved look book out of an ancient photo album that gives you an idea of what I want the film to look like. I remember giving Gina that book and she goes; I’m going to keep that for a while and she just lived with that book. She bought all this crazy stuff. We were looking at Civil war references, we were looking at Viking references, Native American references, mountain men references. We were looking back historically when these people went up in the mountains which was 1859, so before the Civil war. They would have gone up with a certain look and certain stuff.

They are also stone-cold in their beliefs. They have not changed since they have gone up there, which means they wouldn’t have changed from 1859. Which means, they looked this way for the last two hundred years. That was something that Gina and our production designer Roshelle Berliner and I had a lot of conversations about. They wouldn’t have had different decades of change like we have. The fifties, the sixties, and the seventies. All those decades have very specific looks. The Foundation has one look and its 1859. And that is how we decided to work with the costumes and the production design. The costumes not only have to function, they have to be practical. They are a group of people that want to protect their way of life. But they also need to wear something that promotes a level of fear.

So, that’s where you get the masks, the furs, the animal pieces, and all these things. They have to exert that fear to keep people away. That brings me to the traps. You’ve got to have traps to defend your area and your land. You don’t want people to cross into it. It’s not that they have anything against the people that are down on the mountain. They don’t want anybody else to come up and if you do, you’re going to get killed or you’re going to get caught If you did something bad, we’re going to kill you and if you lie to us in our court you become a cave dweller for the rest of your life. It’s these solid rules that they follow that I think has to echo in all the stuff that they do. From the traps, costuming, to their way of life. 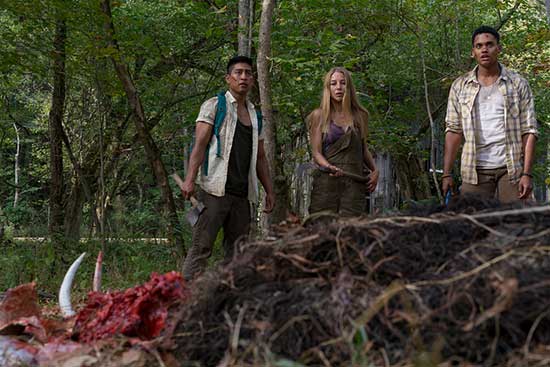 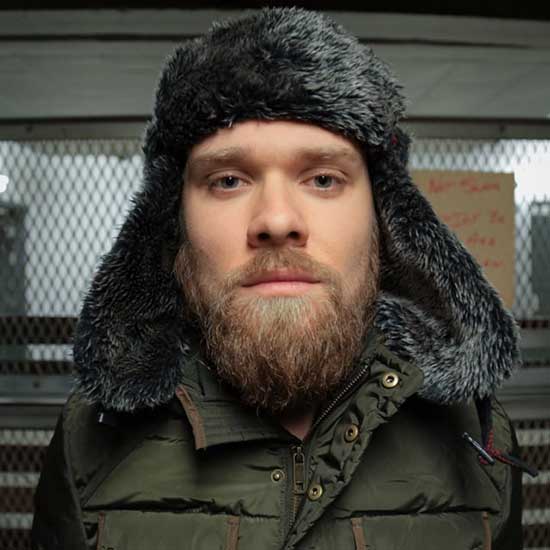 Mike P. Nelson- Tell me about it! Those guys are so incredibly talented.

HNN-What was it like working with everyone and directing this cast?

Mike P. Nelson- I feel very lucky that we had our cast. The first big win that we had was getting Charlotte Vega. She was my front runner. I know it wasn’t everybody’s choice right off the bat but I was like, you guys I just have a good feeling about her. I had seen her movie, The Lodgers which I feel like she elevated so much.  She really brought a level of emotion to her character. I was like, guys we need that, we need that kind of power behind our lead in this movie. I think that was one of the best decisions, we all made. The rest of the cast, started falling in. I got to see a lot of casting tapes, a lot of auditions. Finding Dylan McTee in the casting room, he felt like Adam. Being able to connect with Emma Dumont from The Gifted, she loved the script and I loved her energy. I loved that she kind of embodied some of Milla already. She’s going to school right now for robotics in real life. That was one of the things, all these actors came to the table and they all have such interesting stories in their own personal lives. That is such a big part for me when casting. I love casting people who have something else in their lives other than acting. There is something else that gives them that gleam. I think you can feel that Bill Sage of course is a powerhouse and he’s got that look. He’s got that power being from the theatre. He’s this guy that has genre chops but he can play a real character you know. Gosh, just being able to see him and his electricity onset. Whenever he would be onscreen, everybody would be just waiting. Like, what is he going to do next? So much fun.

HNN-I think everyone did such a good job. I thank you so much for taking the time to talk with me. Wrong Turn was so good. You did such a great job Mike. Thank you. I hope maybe you do another one.

Mike P. Nelson – Thank you so much. We tried something a little weird and you just hope that it resonates. I appreciate that. 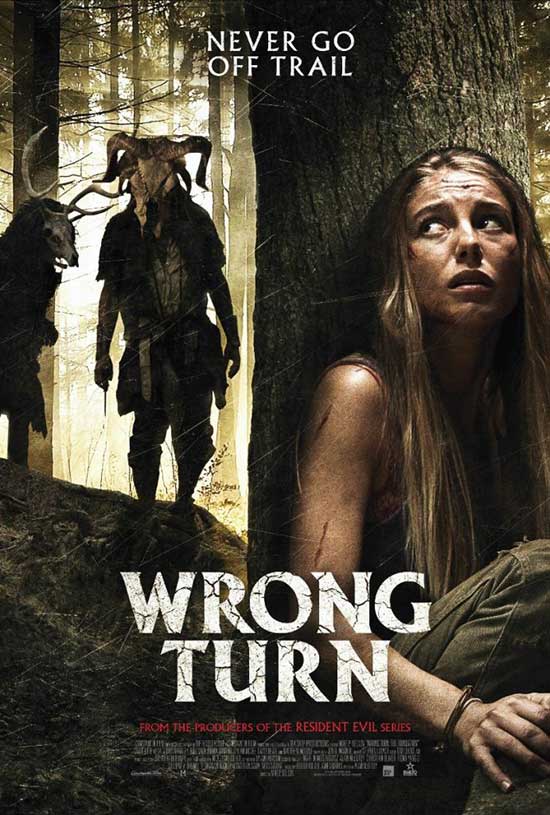 Mike P. Nelson – Thank you so much. We tried something a little weird and you just hope that it resonates. I appreciate that.

Saban Films will release the horror film On Demand, Digital, Blu-ray and DVD on February 23, 2021.

SYNOPSIS: Backwoods terror and never-jangling suspense meet when Jen (Charlotte Vega) and a group of friends set out to hike the Appalachian Trail. Despite warnings to stick to the trail, the hikers stray off course—and cross into land inhabited by The Foundation, a hidden community of mountain dwellers who use deadly means to protect their way of life. Suddenly under siege, Jen and her friends seem headed to the point of no return— unless Jen’s father (Golden Globe® nominee Matthew Modine) can reach them in time.