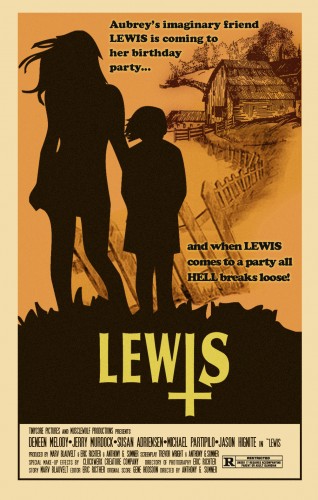 It’s little Aubrey’s 8th birthday and she is going to the countryside to celebrate with her mother- only this year Aubrey has invited her imaginary friend LEWIS and when LEWIS comes to a party all hell breaks loose!

Imagine if you will a film that echoes in the traditions and look of “Rosemary’s Baby” but has the visceral nature of “House of the Devil“. It’s having the experience of watching short films that exceed many features that might make you a new fan of such creatures. Such is the case in this new 30 minutes short titled “Lewis”. In 30 minutes it manages to pack in more sex, intrigue, violence and cult freakishness than a slew of wanna-be films that deliver but don’t promise. Lewis is the one short that will make you a believer. Strong cast, strong visuals, strong fx, and strong concept, Lewis will rock your ass. But kudos aside, Lewis is a tribute to the 1970’s in the look and feel of its inspirations.

Amanda Reece (Deneen Melody) is having issues which are consoled by the care of a local priest. Father Lennox (Jerry Murdock) upon hearing her flashbacks of a muddled youth suggests she and her daughter Aubrey (Taylor Metzger) head to  the local small town of Kronenberg in which Amanda was raised in an orphanage. Sister Louise (Susan Adriensen) is on hand to welcome her, as Amanda tries to adjust to the rather peculiar town settings.  Father Lennox  shows up to offer some advice while strange things begin to occur within the town. No time is wasted as couples begin in odd sexual activities with the arrival of Amanda. But where is it all leading? This very question culminates in a hands down impressive finale that showcases some pretty bad ass practical fx. Talent Susan Adriensen provides a perfect performance with her quirky Sister Louise character who’s role is fitting for the surreal nature of this short. The great thing about “Lewis” is that it doesn’t need a feature length to make it work. It gets to its point right away and delivers.

The short is director and written by Anthony G. Sumner who I was instantly impressed with. I’ve been lucky this year to come across some raw talent, and Anthony is definitely in that pack of visionaries. I’ve not had a chance to check out his other release “Slices of Life “, but plan to upon viewing this impactful little piece. The short as I am told will be a part of the Psycho Street anthology hitting circuits this summer.

Fantastic work – its got guts, sexuality and an authentic 70’s vibe instantly taking you back to the days of quality horror. 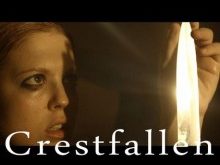 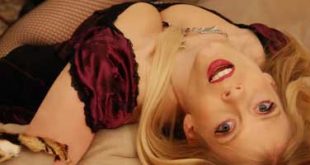