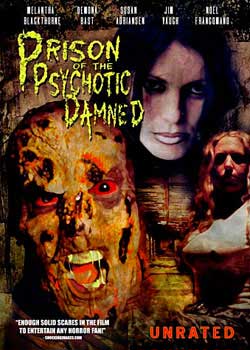 Five ghost hunters, led by professor Rayna Bloom (Susan Adriensen), investigates undead activity in a spooky terminal in Buffalo’s rough East Side neighborhood. But our heroes find more than they bargain for in this claustrophobic horror thriller. Along for the gory ride are Rayna’s cameraman (Jim Vaughn), a psychic (Demona Bast), a trust-fund goth princess (Melantha Blackthorne) and Rayna’s pal Nessie (Noel Francomano).

“The Haunting” (1963) has heavily impacted the modern ghost story, with its use of its location as the true star of the film. The house, in this movie, had more personality than any actor in the film and was truly scary without having to do a thing, other than be there looking down on the characters. A truly good ghost story uses its location as well as “The Haunting” did and I am pleased to say that ”Prison of the Psychotic Damned” is one of those films. 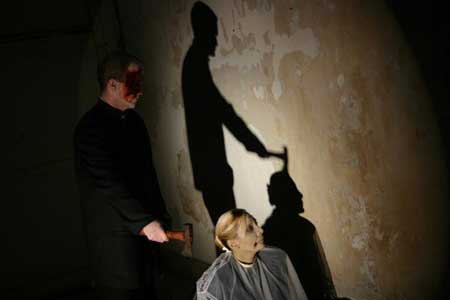 The Buffalo Central Terminal is the real star in “Prison of the Psychotic Damned”, and is an effect that Hollywood could not build. The 17 story Art Deco20train building was built in 1929 and was the center to a busy growing city. Many families remember their loved ones going out to World War 2 or returning from war from the beautiful train station. Abandoned in 1979, it has been left in a broken shell of its former self. Even if the film did not have its share of scares, the shadows in the building would have made the site seem haunted. Writer/producer David R. Williams has given the terminal a fictional back story making it a former Insane Asylum which ended up being a site of pain, murder and torment. The Terminal, having been a witness to countless horrors, has absorbed the evil that men do and has become an even more horrible force
. 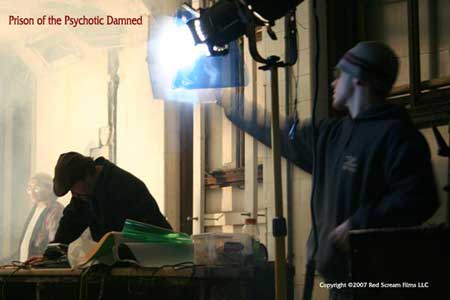 The mood is set by the opening credits (by Mike Bohatch) which flashes images of horror with views of the terminal before it fell into ruins (music by the Voodoo Dollies). The film is well directed by D.W. Kahn and has skillful cinematography and editing. The script was written by producer David Williams who gives the movie a slow build, growing the tension with a history lesson of the building as characters argue with each other. The ghost hunters are here to film a documentary with the hopes of proving that the haunting is real. The tension seems high between the characters: The arrogant Professor Bloom (Susie Adriansen), Jason, the comedic camera man (Jim Vaughan), Aurora, the Goth Psychic (Demona Bast), very emotional Nessie (Noel Francomano).and the hard as nails but mentally unstable Kansas (Melantha Blackthorne). As they explore the building, the wait is finally over and the film turns to action as the terminal attacks them one by one an d they fight to survive to see the morning light.

* The Buffalo Central Terminal, an awesome and scary place. Ghost Hunters from the Sci Fi Channel have filmed there for one of their coming episodes.
* The acting is very good. Melantha Blackthorne and Susie Adriansen nail their parts and really come alive in their scenes together.
* The ghost attacks which often come with something as simple as a flood light blinding us, but its effective. 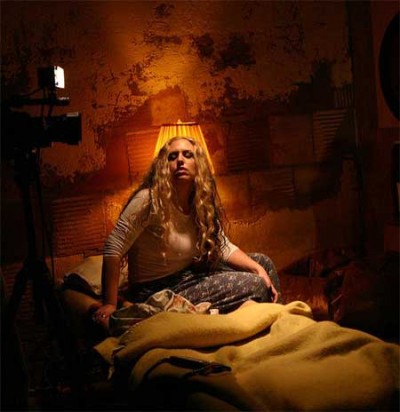 * The characters start off not liking each other so when the tensions mount they really have no place to go.
* Some of the special effect makeup was not so special. The intestines were pretty funny looking and made one of the characters’ death scenes a little less than dramatic.
* Slimer, that’s all I am going to say. 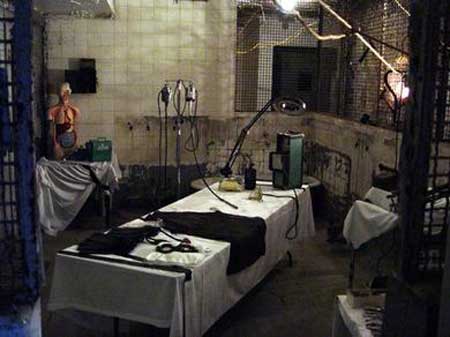 All and all a fun movie to spend an evening with. The filmmakers did a lot with very little money. A great location, good actors and a pretty good story. Pop some popcorn, grab your favorite loved one and give this movie a chance. I give it 3 and half stars out of 5. The DVD is available from York Entertainment and can be found on Amazon.com. 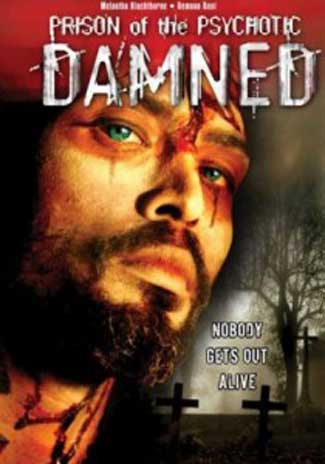 Prison of The Psychotic Damned (2007)