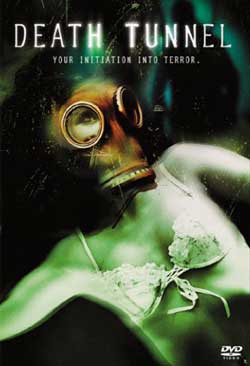 Movie is based on the True Stories and Hauntings of Waverly Hills Sanatorium in Louisville, Kentucky. This horrific Five story structure is listed as one of the Top Ten Scariest Places on Earth, due to the 63,000+ deaths within this monument of Terror. They were then carried through the massive Five hundred foot underground Tunnel to their final resting place. The story involves Five girls on a college initiation, dared to spend the night separately on the Five floors of this sanatorium, with the Five ghosts that exist within it’s abandoned corridors. Will they make it through the night? For the only way out is through…the Death Tunnel

Death Tunnel has long been a personal favorite of mine since its debut in 2005. And while I’m not closed minded from some of the reviews it has gotten, I still stand my ground firmly with the statement that it’s a great modern style horror film. Before we even get into the film itself, the subject matter, the location and the premise all contribute to a legitimate haunting experience. The Waverly Hills Sanatorium in Louisville, Kentucky. 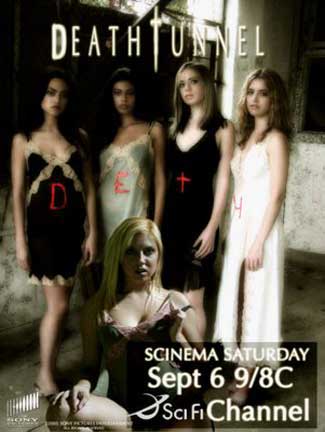 Long known to be a source of haunting, supernatural activity and the famed “Death Tunnel” (a real portion of the building and history) almost provide the ambience needed without any other props what so ever. I would think that the filming experience alone would draw up eerie tales and strange feelings of being in a displaced world itself. As the story goes…. the Waverly Hills Sanatorium has a legend of real life tragedy in its past and the number of Tuberculosis patients that have inhabited it and died. 60,000 corpses have passed thru these walls and exited per way of the “real” death tunnel located in its lower level. The history goes that it was created to downplay the number of deaths. 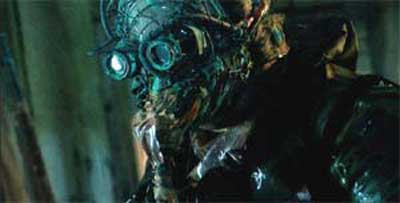 The film Death Tunnel uses this building and its history as its base in which the filmmakers have chosen to up the scale with a very modern looking editing style and filmmaking approach. In fact, I’ll be the first to admit that the editing takes a role in itself with all the bells and whistles of some of the same mold that you’ll find in Saw movies and other hipper approached film such as “Boo!” and “See no Evil”. The naysayers usually check themselves out at the front door by simply dismissing the style and pace as to hip for horror, but I disagree. The minds behind the madness root basically from the twin talents of Christopher Saint Booth and director Philip Adrian Booth who have brought there unique style now to a number of documentaries. But before the documentaries there was “Death Tunnel”

What I found appealing was the number creepy scenes woven into the editing. Whether it was bad timing or just a need form the studios, it will be hard pressed getting around the similar approach that the film will be lumped into from the SAW films corral. Though while we as viewers will be the first to point fingers at the relationship, it shouldn’t take away from the product itself. Yes we have video monitors with screens that watch the victims. But guess what, SAW wasn’t the first film to do that either. In fact its long been a staple of several sci fi films over the years. 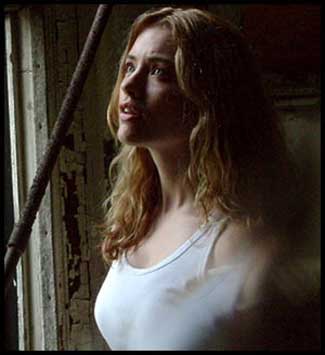 Right off the bat, the score to this film is a standalone. Combining classic orchestration with NIN kind of vibes it lays down a solid base that does more than fill in the cracks, but provides a sense quality mix that far and exceeds horror film scores that simply rely on drones and industrial clips to patch together the music undertones. Proof of this jumps off the screen in the opener music.

Since i’m on that subject the additional stand out on that note is the sound design that hits the viewer with full exploding impact sounds that emerge almost from the abyss of a dark chamber. 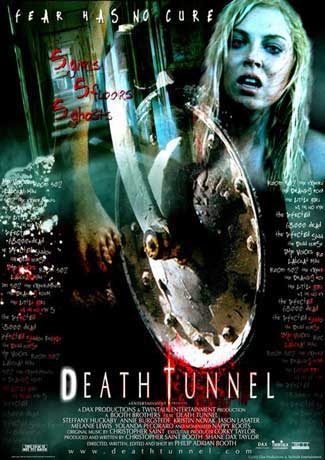 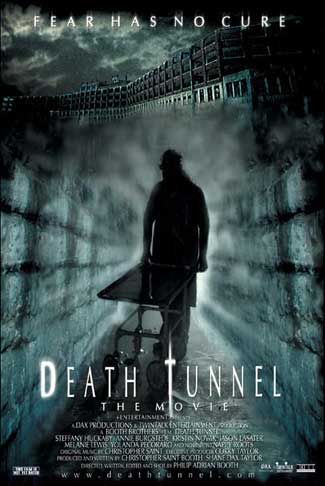 This is the challenge presented before 5 proactively dressed hotties who are enrolled into an annual initiation per a gathering held locally. The film start is quickly fast forwarded to the situation at hand. Each girl awakes blindfolded with a gas mask apparatus as they make there way thru the building and its five floors. They are watched and narrated to per way of close circuit cameras that look more like industrial eyeballs. The place does just fine as a standalone creepy place, though what they didn’t anticipate was the sudden burst of supernatural activity, ghost spirits emerging and a fight for there lives. Creeps and apparitions pop in and out like virtual spook house which is supported by clever editing tricks and careful imaging. 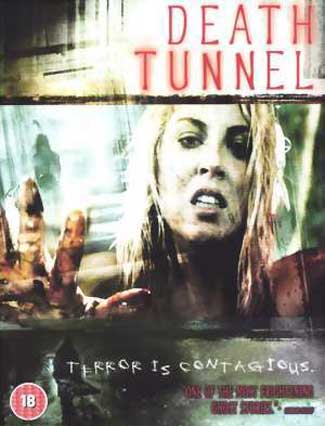 Now the biggest trade-off for all this imagery barraging leaves a weak story premise with characters you could care less about. To be honest I don’t think you can do both the way it was done and without having one overshadow the other. So the premise is left to scare tactics, tricking editing finesse and sound enhanced horror spots. There is actually a story within a story if you take the time to delve further into he “actual” legend of the film shoot and location. The history is haunting enough but to bring all of that background into the story with full force probaly wouldn’t have fit within a 90 minute feature. “Death Tunnel” has all the making of a hip modern horror film that even if the trend subsides should place this particular one as a prime example of that movement. Genuinely creepy, smart cinematography and an excellent long standing visual horror ride! One of 2005’s best films!