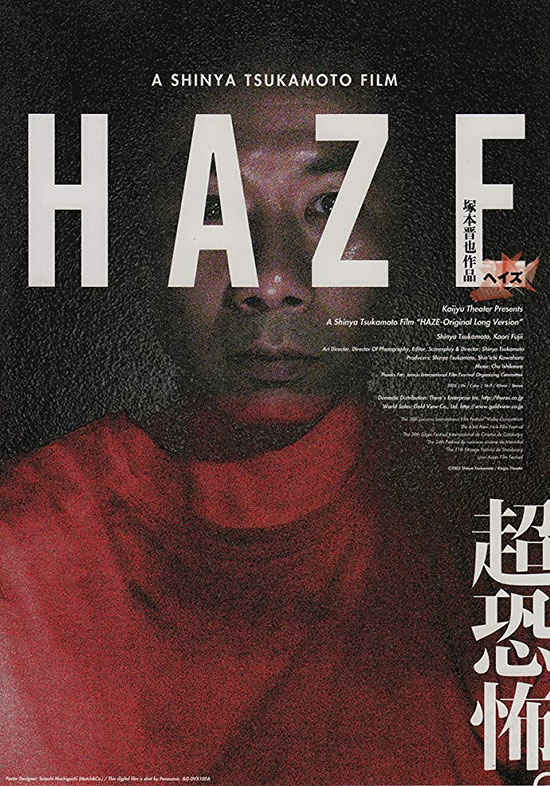 A man wakes up to find himself locked in a cramped concrete maze of corridors, in which he can barely move. He doesn’t remember why he is there or how he got there. He has a terrible stomach injury and is slowly bleeding to death

Shinya Tsukamoto is a bit of a jack of all trades when it comes to film making.  During the course of his career, spanning four decades, his roles in the film industry have varied from actor to director, to cinematographer to editor, and that’s just to name a few. In the west he is probably best known by his career as an actor and by his roles in such films like Tetsuo, the Iron Man (1989), Tetsuo 2: Body Hammer (1992), Tokyo Fist (1995) and Ichi the Killer (2001), despite the fact that he often fills more than one role in any production he works in. Haze is a good example of Tsukamoto talents as a multitasker, as he not only wrote it, but also directed and starred in it. It’s an interesting little short packed with tense atmosphere and wonderful sound design. 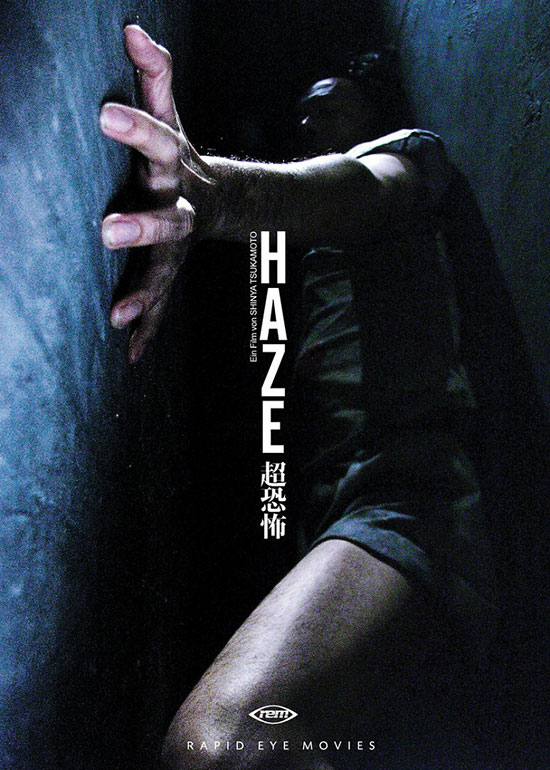 The premise of Haze is very simple; a man wakes up in a concrete maze with no memory of how he got there. And as if being locked in a pitch-black claustrophobic labyrinth wasn’t enough, he also finds that he has a severe injury to his stomach and is slowly bleeding to death.  With his time literally running out, the man (played by Tsukamoto himself) has no choice than to keep going and try to find a way out. 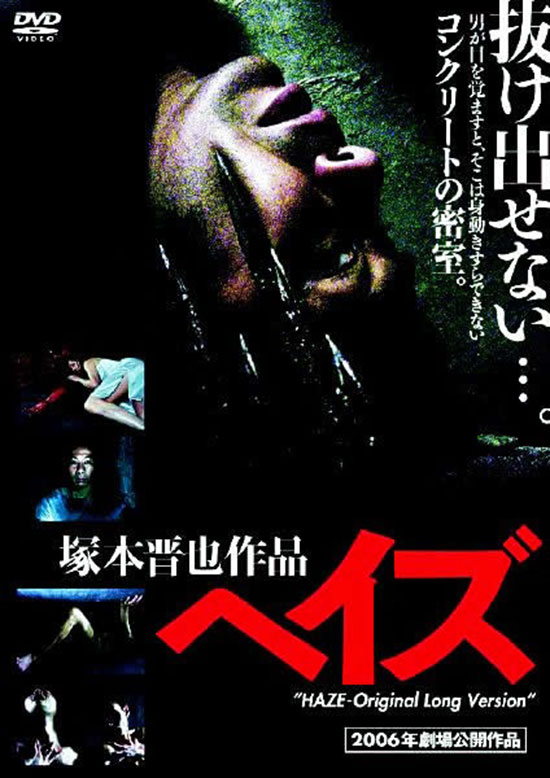 Much of Haze’s claustrophobic ambiance is thanks to the very close camera work that most of the film consist of. The shots widen a little bit as the film goes on but to starts of with, all you can see is very tight shots of Tsukamotos face and glimpses of the cramped concrete hell his finds himself in. The beginning of the film is also extraordinarily dark and at times it is actually hard to make out what is actually going on. This can get a little bit frustrating as the film goes on, especially when the main character encounters different torture devises and traps scattered along his way, but the viewer is left literally in the dark about the details of the torture. Not that I’m saying that Tsukamoto should have opted on a full-on gore fest in the style of Cube or Saw, but I personally would have appreciated a tad clearer view on things. This minor irritation to one side, ultimately Hazes chaotic cinematography works for its benefit. In the absence of dialogue (there is some, but very little) it does a good job in moving the story along through a nightmarish setting and toward its ambiguous ending. 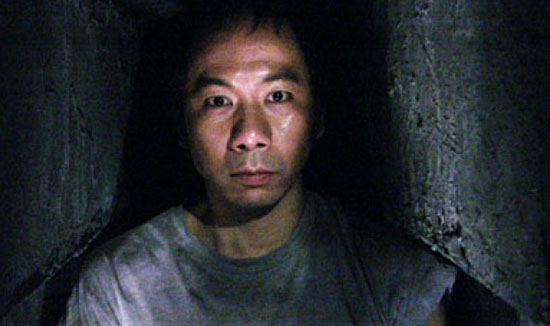 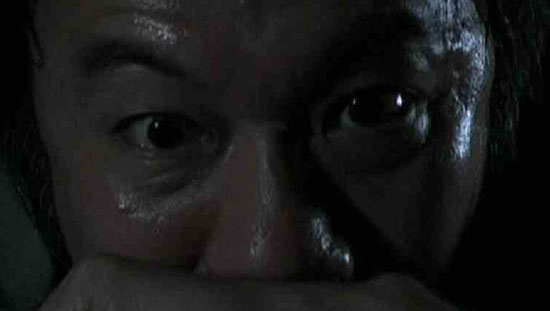 Another major factor in creating such successfully oppressive atmosphere is Hazes sound design. The sharp metallic sounds and high pitch static noise accompanying some of the nastier scenes, really went through me. Together with the chaotic imagery, they created something that is genuinely uncomfortable to watch. I could easily imagine couple of the torture sequences making me feel physically ill if I’d seen them in a cinematic setting. And not because of explicit violence or an obscene subject matter, but simply because of how beautifully the visual material comes together with the sound, creating a perfect storm of chaos. 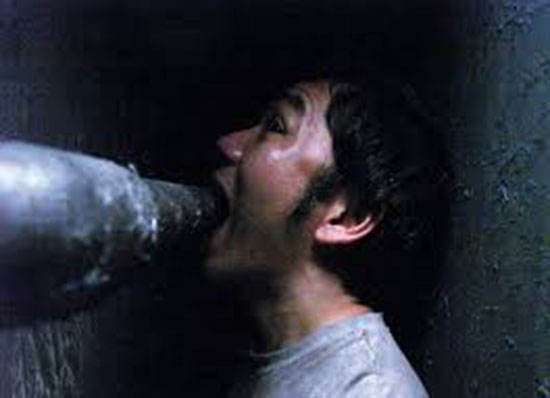 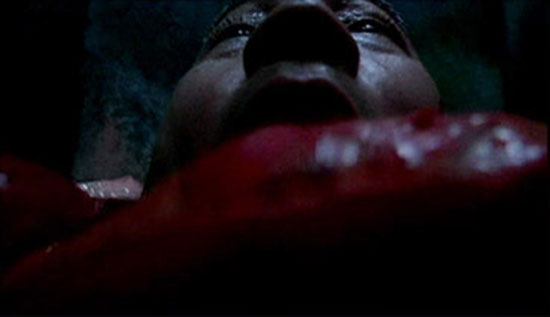 I’m not quite sure whether Tsukamoto had a deeper theme in mind when he wrote Haze. With its cryptic plotline and enigmatic dialogue, it seems to me the kind of story that could potentially be a metaphor for something.  For what, I’m not quite sure. Maybe it says something about the loneliness of the human experience and horrors of everyday life. Maybe all the people stuck in the maze are simply in some sort of personal hell or maybe all of it is just a glimpse into someone else’s nightmare. Who’s to say. The fact is, in the end, it doesn’t really matter. Haze works with or without any deeper meaning behind it. The atmosphere it offers is enough to keep the audience gripped till the end. Undoubtedly there will be those who will be bored by Hazes style of storytelling and might not even make till the end of its 49-minute running time. The lack of traditional plotline, the disorienting cinematography and distinct lack of dialogue will not be everybody’s cup of tea. However, if you happen to be even a little bit claustrophobic and especially if you enjoy your horror slightly on the cryptic side, I recommend giving Haze a go. I would be surprised if it disappointed you.