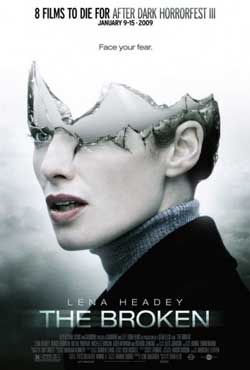 Gina McVey is a successful radiologist who witnesses an exact lookalike of herself drive past her in Gina’s Jeep. She follows this stranger to make sure, but the outcome of this meeting sparks a series of events that only exacerbate her confusion.

That synopsis was more difficult to write than you may think. I normally get it from the web (always crediting my sources, of course), but in the case of The Broken, I felt those synopses were too specific. I think it best to go into a good movie – and The Broken is a really good movie – knowing as little as possible. The above synopsis, while accurate, STILL gives away too much. 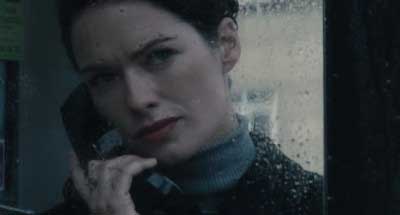 Gina McVey is played by the crazy beautiful Lena Headey. You’ve seen her tell Leonidas to “Come back with your shield…or on it”, and more recently, as the incestuous Cersei in Game of Thrones. It was nice to see her in a movie bereft of brave men clamoring for swords. She’s still portraying a formidable woman though, and that certainly plays to her strengths.

The film begins gradually, allowing Headey to show you Gina’s formidability, intelligence, and state of mind. Then, once you’ve gotten to know Gina, Gina sees her doppelganger on the street. Her reaction is as one would expect, however, it’s still shocking for the viewer because of the credibility of Headey’s performance. Had I known nothing of the “Doppelganger Event”, I may have fallen out of my seat.

Not that I am complaining. The film had jumps and jolts to spare after that event. From there, things began a gradually quickening downward spiral that caught me unawares on numerous occasions. At times it was from the plot points, other times from the sheer shock value, sometimes both. A film that I can remember that had me on the ropes like this one did was Jacob’s Ladder. The Broken is nothing like Jacob’s Ladder; it just made me feel the same way: off balance, uncomfortable, and at times, horrified. I haven’t seen the film in over a week and images from it are still running through my head. Horror flicks like this one don’t leave you quickly and are difficult to describe. 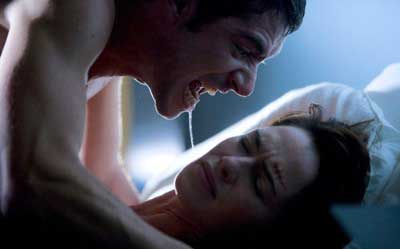 That’s another reason I liked this movie: I struggled to classify its genre. I finally figured one out though. It’s a cross between a psychological thriller and a supernatural mystery. The Broken is a psycho-natural mystery-thriller. The only thing that makes it a horror film is the disturbing images and the feeling of impending doom.

The weirdness of it all is that it accomplishes all this almost subtly. Rarely does the film just clobber you over the head. Instead it massages discomfort into you over a period of time, rendering you a bit mentally diminished by the end of the movie. Realize, however, that when those few times occur that the film lets loose, it hits harder than a new Taylor Swift single. 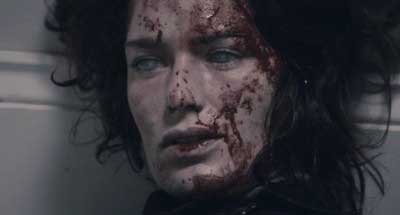 I have no complaints with this movie. Any complaints I did have towards the beginning were about the pace of the movie and the seemingly ambiguous turn of events. I know people that would not like this movie simply because it would fail to engage them quickly enough. Then they wouldn’t like it because of the feeling it gave them once they were engaged. If you are one of these people, you might want to skip out on this film. On the other hand, if you want to watch a great movie that seemed to fly under a whole lot of radars, mine included, see The Broken.